The results of a survey presented to candidates for mayor and council have now been posted to the Sudbury Cyclists Union’s new website.
Oct 21, 2010 6:25 PM By: Sudbury.com Staff 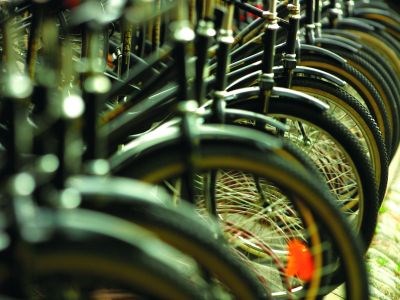 The results are in for a survey sent out to the municipal candidates by the Sudbury Cyclists Union. File photo.
The results of a survey presented to candidates for mayor and council have now been posted to the Sudbury Cyclists Union’s new website. The survey, which focused on questions about building a cycling culture in Greater Sudbury was well received by a majority of candidates, according to a press release.

“The Cyclists Union is unveiling its new website, and as a central showpiece, we’ve published the results of our survey,” Dan Barrette, spokesperson for the Sudbury Cyclists Union (SCU), said in the release.

“We made a decision not to rank candidates in terms of preference based on their responses. Instead, we invite voters to read through the responses themselves to make their own opinions on the views of candidates regarding transportation and specifically cycling.”

Questions posed to candidates from the SCU addressed how a candidate would promote safely sharing the road between cyclists and motorists, as well as how best to fund and promote public education. Questions regarding how best to provide for cycling infrastructure, including bike lanes, were also asked.

Out of the current field of candidates for mayor and council, the SCU received responses from 18 individuals.

“The response rate was pretty good, considering this was the first time we’ve ever done anything like this,” Barrette said. “I think we’re helping raise the profile of cycling in our community... (And) based on the responses we’ve received, it looks like we’re likely to have some excellent partners on municipal council.”