Sudbury Five claim victory in the nick of time 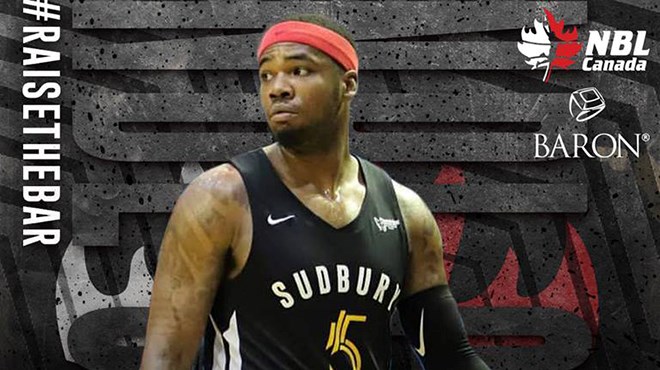 Sudbury Five guard Jaylen Bland delivers 37 points to carry the Five to an 110-105 victory over the Moncton Magic. (Supplied)

A full-house celebrated basketball's triumphant return to the Sudbury Arena Friday, as the Sudbury Five took to the court in their pre-season home-opener against the Moncton Magic.

It took some time for the Nickel City boys to get a feel for the freshly laid court, but once they wrapped their hands around the basket, there was no going back.

With crowds at the edge of their seats, the Five battled back from an 11-point deficit to remain neck and neck with their eastern rivals before sealing the deal with four seconds remaining in play.

The Five left the court heads bowed and hands raised, with a 110-105 victory to start the pre-season.

Moncton's Billy White opened up the game with a jump shot at 11:12, putting the first two points toward the Magic's first-quarter lead. He was followed to the net by Ronald Delph, Jeremiah Mordi, twice more by Delph, and Corey Allmond, bringing the score to a lopsided 11-0.

The Sudbury Five moved into the second quarter down 28-25, despite making an even 33 shot attempts with their guests.

Moncton grew their lead in the second quarter starting with a jump shot by Delph at 11:06, which inspired three more baskets before Sudbury could make a run of their own.

Five's Carl Lewis shook things up with a dunk at 9:19, before Sudbury delivered 14 more points, including 9 from JR Holder.

The two teams went nearly shot-for-shot for the remainder of the quarter, allowing the Five to push ahead 54-52 moving into half.

Lewis once again lead Moncton in points in the quarter, delivering two of three field goals and one three-pointer.

Johnson dunked the third quarter into play at 11:53, followed by a layup by Moncton's Jaylon Tate 16 seconds later, in what would be another evenly matched quarter between the two opposing teams.

Lewis led the two teams in points in the quarter with four field goals and two free throws, in addition to contributing a defensive rebound, rebound and two steals.

Leading the way for Sudbury, on the other hand, was Rayson. The reigning MVP of the National Basketball League yielded three field goals, two three-pointers, as well as one defensive rebound, rebound and assist.

The Five closed out the quarter with one final layup by Malcolm Duvivier, before moving into the final frame down one with a score of 83-82.

Mordi delivered the first five points for the Magic in the fourth quarter, kicking off a 10-point run that would bring an air of tension to the arena. Holder responded for the Five with a drunk at 8:51, which was followed by two back-to-back three-pointers by teammates Braylon Rayson and Jaylen Bland, for an eight-point run of their own.

The two teams battled it out until the final minute of play when down one, Sudbury's Dexter Williams Jr. pushed his team ahead with his fourth field goal of the evening. The Five continued to stack their points alongside their competition until two final free throws by Bland sealed the deal at a 110-105 final for Sudbury.

NBLC 2018-19 newcomer of the year, Bland lead the way for Sudbury in the final frame, contributing 12 points with three field goals, two three-pointers, and four free throws over the course of the entire quarter. Bland delivered the most points on either side of the court that evening with a total of 37, in addition to contributing an offensive rebound, four defensive rebounds, five rebounds and six assists.

The Sudbury Five landed 45.7 per cent of their field goals Friday evening and 32.5 per cent of three-pointers, 44 rebounds and 9 turnovers.

On the other hand, the Moncton Magic delivered 48.8 per cent of field goals, 28.6 per cent of three-pointers, 46 rebounds and 15 turnovers.

The Five return to the Sudbury Arena Dec. 12 to face off against the Kitchener Waterloo Titans.