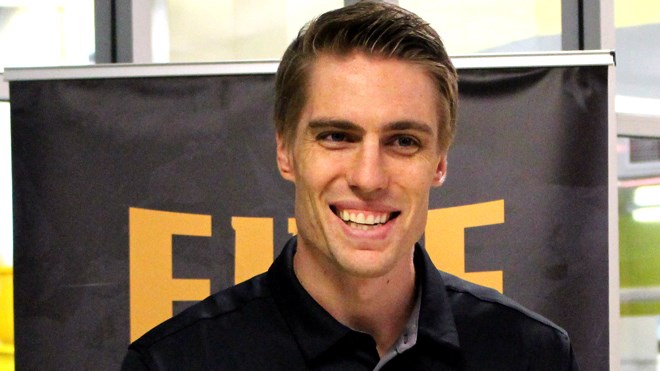 The Sudbury Five have announced Logan Stutz will be loaned out to the Syrian National Basketball Team as assistant coach.

Logan Stutz will be joining the team as Syria starts their preparation for the third phase of the FIBA Asia Cup Qualifiers.

“I am very excited to be joining up with the Syrian National Team. It is an incredible opportunity on a national stage with a country," said Stutz.

"Basketball is growing in Syria and they are accomplishing great things, being able to help them continue their quest for the FIBA Asia Cup is exciting. I can’t wait to help them in any  way I can and learn from their players and Head Coach Joe Salerno as well.”

Stutz’s commitment remains with the Sudbury Five, and he will return before Season 3 commences. He will be joining the Syrian National Team over the next five weeks. The Syrian

National Team will compete in a series of tournaments including the final leg of the FIBA Asia Cup Qualifiers this February.

Currently, the Syrian National Team ranks second in the Group E division, a qualifying spot for the FIBA Asia Cup. They have completed four of the six games, two in November of 2020 and two in February of 2020.

“I want Sudbury fans to know I am not leaving the Sudbury Five Basketball organization. I will be returning to Sudbury right after my time with the Syrian National Team," said Stutz.

"I plan on taking my experiences and new things I learned over there and applying them when I return to Sudbury."