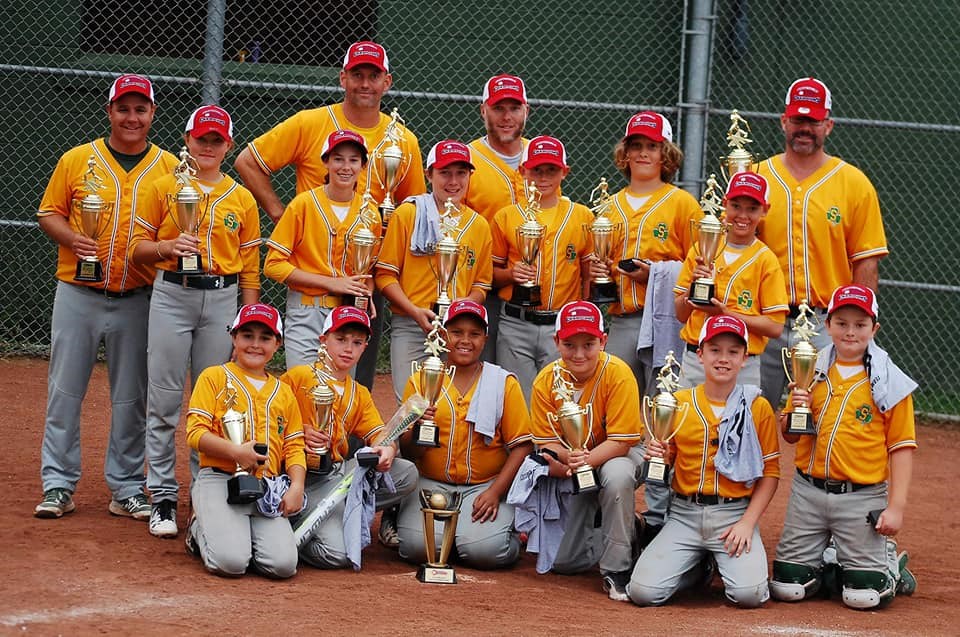 It's a refrain that is heard many times over at the major league level of baseball.

Follow local coach Craig Thompson around for a few minutes, however, and you realize that the theme is equally applicable at the major mosquito age bracket (11 and under), especially when dealing with provincial championships.

The Sudbury Major Mosquito Shamrocks recently laid claim to the SOBA (Select Baseball of Ontario) banner, besting 11 other entries in Cambridge by winning five of their six games over the course of three days, culminating with a 9-3 gold medal victory over the Annette Reds.

"I had to strategically place my pitchers, to set my pitching rotation up for Sunday, and in the end, it worked out," said Thompson. "If teams we're going to beat us, they were going to beat us because they were better, not because we ran out of arms."

Thankfully, some lopsided scores along the way helped the cause, as the Shamrocks knocked off, in succession, the Guelph Royals (12-2), Strathroy Royals (12-6), Annette Reds from Toronto (8-3), before sustaining their only loss in the double knockout affair, 10-6, to the East York Bulldogs, on Saturday evening.

"Luckily, we had some mercies," said Thompson. "Mercies are your friend when you're trying to get into the next round and you don't want to run out of pitching."

The Sudbury mosquitoes rebounded nicely Sunday morning, downing the Mississauga Majors 13-3 in their semi-final encounter and were subsequently matched against Annette for the third time this summer.

Trailing 3-0 after four innings of play, the Shamrocks exploded for no less than nine runs in the fifth, an outburst that was capped off by a two-run home run from Ethan Thompson that cleared the fences.

And while coach Thompson surely appreciated the run support, he was right back to his main mantra in summarizing his team's championship run. "My guys pitched very well and our defence this weekend was unreal," he said.

"I have a few guys who are strikeout pitchers, but I have others who pitch to contact and can last four or five innings. They're not walking anybody and they're not going deep in counts, because guys are hitting against them."