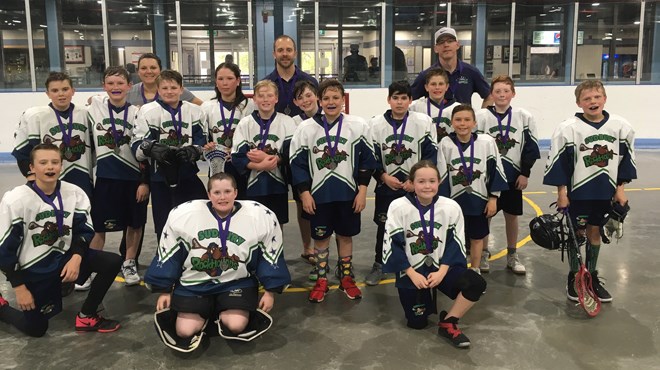 Everything will be decided in a span of just ten days. Such is the world of youth competitive lacrosse in Ontario.

From Aug. 2-11, the Durham Region in general, and the Iroquois Park Sports Centre in Whitby, more specifically, will welcome something in the neighbourhood of 300 rep lacrosse teams to the area, site of the annual Ontario Lacrosse Festival.

A trio of squads will proudly represent the Sudbury Rockhounds colours, with both the Peewees and Bantams in action this coming weekend, and the Novices making the trek south in one week's time.

Coach B.J. Adair and the Sudbury Peewee Rockhounds will open play Friday morning at 10 a.m., facing the Cambridge Chiefs, before taking on the Simcoe - Norfolk Timberwolves a little later in the day.

Round robin play wraps up early Saturday, as the Rockhounds battle the Stayner Hitmen, looking to secure a top two finish to advance through to the quarter-finals that evening.

"All of the teams, from top to bottom, are really even," said Adair, speaking to the twelve squad grouping in the Peewee "D" bracket.

In fact, that is the message that is likely to be drilled home, game after game, as Adair looks to advance his young troops to the final four playdowns on Sunday.

"We're a talented offensive team with lots of kids with great athletic abilities, great stick skills," he said. "For us, it's about being committed on defence. It comes down to being focused. It's tough work and it's mentally draining, when it's thirty degrees and you've got no gas in the tank."

The Bantam Rockhounds kick off their provincials at the exact same time as the Peewees, opposite the Shelburne Vets, closing off day one action just a few hours later against the West Durham Rockmen.

Like the Sudbury Peewees, coaches Tim McDonald and Mathew Barney and company also have the Cambridge Chiefs on their schedule, closing out their preliminary play Saturday morning at 9 a.m.

The Novice Rockhounds, who will take to the floor on Aug. 9-10, are grouped in a division with the Huntsville Hawks, Milton Mavericks and Oshawa Blue Knights.

All in all, it should be an interesting ten day stretch for local lacrosse talent.