Timmins is the place for ties for Atom Lady Wolves

Girls will see many of the same teams at Sudbury tournament in December
Nov 28, 2019 7:00 PM By: Randy Pascal 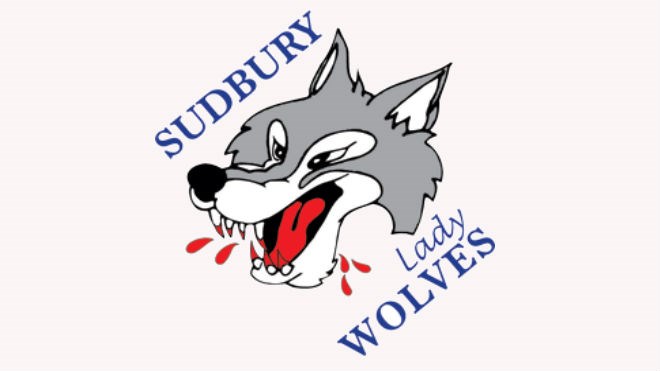 The Sudbury Atom "B" Lady Wolves posted a record of 1-1-2 in Timmins last weekend in the Northern Competitive Girls Hockey League. (File)

The weekend trek to Timmins would prove more than worthwhile for coaches, players and parents of the Sudbury Atom "B" Lady Wolves on Nov. 23 and 24, the locals posting a record of 1-1-2 in Northern Competitive Girls Hockey League action.

The NCGHL, which brings together a variety of rep girls hockey teams in a mini-tournament format, of sorts, on a few occasions during the winter, was hosted by the Timmins Falcons organization, with teams from the atom, peewee, bantam and midget ranks all in attendance.

The parity in the atom bracket was evident early as the Lady Wolves skated to a 1-1 draw with the North Bay Atom "A" Ice Boltz. Juliana Theriault finished off a scoring play for Sudbury that included assists from both Isabella Perry and Makayla Paris, while goaltender Elayna Skraba limited the Boltz to just one singular tally.

Her partner in crime between the pipes, Zara Daoust, matched her effort in game two, all while receiving just enough extra offensive support to allow the Lady Wolves to escape with a 2-1 win over North Bay.

The Boltz opened the scoring, but Sydney Bradley replied in the second period, with Jordyn Hampel and Rachel Lazarus drawing the helpers, before Hampel snapped the tie with just 2:24 remaining in the final frame.

The core elements were right back in place for the Lady Wolves the next morning as the team continued to receive solid goaltending, supplanted with a team commitment to defensive play and the type of teamwork that becomes so critical during the offensive flurries.

Once again, the locals would come from behind, spotting the Sault Ste Marie Atom "B" Jr Greyhounds a 1-0 lead, and squaring things off in the third courtesy of Neveah Koostachin (from Sydney Bradley and Megan Pineau) as Skraba recorded her second tie in net for Sudbury.

The floodgates opened in earnest in the series finale, as the Lady Wolves and the Timmins Atom "B" Falcons exploded for six goals over the final two periods, with the host team holding on for a 4-3 victory, after breaking the ice in the opening period of play.

Demonstrating an encouraging inner resiliency, fighting back from deficits of 2-0 and 4-2, coach Jason Bradley's crew would claw their way back into the contest with goals from Anika Rheaume (Rachel Lazarus), Makayla Paris (Rheaume) and Sydney Bradley (unassisted).

Rounding out the Atom "B" 2019-2020 Lady Wolves roster are Dalia Belanger, Michaela Cole, Ella Gatien, Serena Harris, Emma Mourre and Mattia Mullen. Many of these same teams are back in Sudbury from Dec. 13 - 15 as the local folks host the annual Snowflake Challenge girls hockey tournament, with both the Orillia Hawks and Les Rebelles from Rouyn joining in the fun as well.