Turns out Alannah MacLean still has some speed left 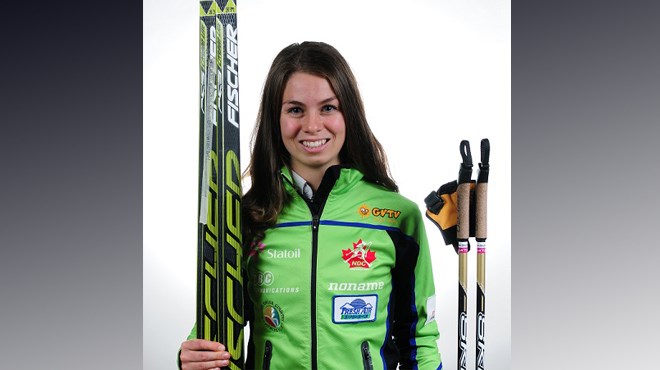 Alannah MacLean brings a mature and thoughtful perspective to a discussion regarding the current status of her nordic ski career. One should expect no less from the aspiring future physician.

Apparently, she can still bring it out on the race trails as well.

Now 25 years of age and effectively retired from her national team pursuits, the graduate of Lo-Ellen Park Secondary School recently captured the 30km event at the 2019 Canadian Ski Championships hosted at Centre Nakkertok in Gatineau (Québec) earlier this month.

There is, seemingly, at least some advantages to entering these events with something of a care-free attitude.

"I'm still eligible to ski with Lakehead (University), but it's more as something to keep me active, to keep me doing something else, focusing on something else, so that I wasn't just grinding away at school, all of the time," said MacLean, reached on a rare relatively quiet week in her studies.

"Turns out I still have some speed left, I guess."

There really wasn't a whole lot of similarity in almost any aspect of the entire experience for MacLean to the time she spent with the National Training Centre, trying these days to strike a balance between her primary focus on academics, all while recognizing her inate love of cross country skiing.

"I didn't really schedule a lot of my training," MacLean said. "I would just make sure that I was doing something every single day. But same as always, I would sit down on Sunday and plan my week out, write down what I wanted to do, break down where my workouts would be, depending on where school fit in and what other commitments I had going on.

"I really took it day by day, week by week. I've always been good at racing myself into shape."

To a degree, a lot of things aligned nicely for the multi-faceted young woman when it came to the 2019 Canadian showdown.

"It was purely by chance that this week is when the nationals fell, and this week was just a really light week at school," she said.

"Everybody was really supportive at NOSM (Northern Ontario School of Medicine), encouraging me to pursue some of my goals."

Additionally, the timing of the 30 kms race was more than a little fortuitous for MacLean, with many of the country's top skiers gearing up for World Cup races just days later in Québec City.

"Nationals were interesting this year because the first three races were criteria to qualify for the World Cup finals," said MacLean.

"After the three races, I found out that I had qualified. But of the 14 of us that qualified, most of the best racers from across the country, everyone else but myself and one other skier decided to sit out the 30 km race. There was still, obviously, competition from people who maybe had not had amazing races at nationals, but were still competing and racing in the 30 km, and trying to make that their day. There was still some level of competition, but not the same level that the first three races had at nationals."

That said, MacLean completed the 30 kms circuit in a time of 1:33.15.4, just under 30 seconds ahead of Andrée-Anne Théberge from Laval University, the native Québecois edging Katie Weaver from Revelstoke Nordic (B.C.) by half a second or so.

"Winning the 30 km was very special, because I had never won a national championship before," said MacLean. "Even though the field was not as deep as it had been in the past, it's still whoever shows up that day. I have a national championship under my belt, and not at a time when I would have ever expected to do it. It's certainly a very different feel this year than any other year."

That much was evident throughout the engaging interview.

"It's a little different now, being somewhat on the outside of the sport and not having High Performance as my focus," said MacLean. "When I'm there, I have a massive smile on my face, because it's another day that I get to race, which means that I get to take some time off studying to go and do something else. I'm just in the sport because I love it."

That is also the filter that colours her future outlook on her involvement in nordic ski.

"There are women in their forties and fifties who continue to race, some great role models for me to look up to," said MacLean.

"They do it pretty much the same way that I approached it this year. It's an opportunity to go out on skis and try and ski fast. They aren't looking to win the race, but just to challenge themselves."