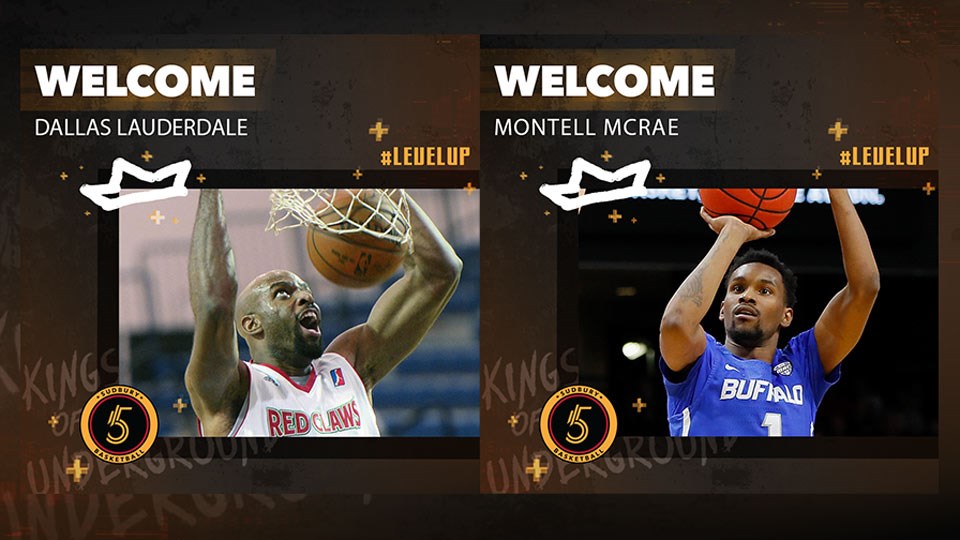 The Sudbury Five has added two players to their roster this week ahead of the National Basketball League of Canada’s trade deadline on March 13.

The Five added forwards Montell McRae and Dallas Lauderdale to the roster, and while they dropped a 122-113 decision against the London Lightning March 11, they are poised to take on the St. Johns Edge and Halifax Hurricanes Friday and Saturday in back-to-back games.

Lauderdale is a 31-year-old veteran who has spent the better part of his career split between the NBA G league and Europe, most notably in Poland where he helped lead his team to the Eurocup and Euroleague qualifiers.

The Solon, Ohio native is a 6-foot-8 centre known since his time at Ohio State as a hard-nosed rebounder and has a defensive presence.

“Dallas is the veteran we need,” said head coach Logan Stutz. “He’s a solid guy on and off the court, and just with his presence, we become a better team, and that’s something I’m really excited about.”

McRae is a 6-foot-10 forward from Cleveland, Ohio and joins the Five for his rookie season in the NBLC after finishing his collegiate career at the University of Buffalo. In his senior season with Buffalo, he averaged six points per game, four rebounds per game while shooting 36 per cent from the three-point line.

“McCrae, on the other hand, has a lot to learn and to develop at the pro level, but his potential is very, very high,” said Stutz.

Fans won't be able to see the new players in action though as the NBLC has suspended until further notice as part of COVID-19 response.