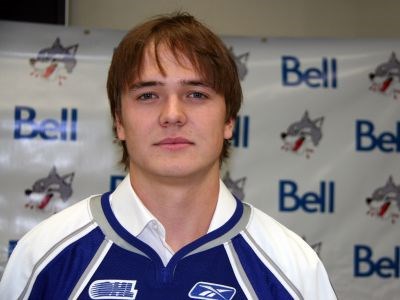 With the OHL season right around the corner, the Sudbury Wolves have signed on two new players with the team for the 2010-2011 season.

Austrian player Marcus Poeck, the team's second pick in the 2010 CHL Import Draft and Robert Visca, who was acquired through a trade with the Saginaw Spirit recently, will join the team at its training camp next week.

Poeck, a 6-3, 195 lbs forward, played for Austria in the World Junior Tournament in Saskatchewan in December, and was rated as one of the best 18-year-old forwards in the tournament, according to a press release. He was also rated in the top 100 European skaters by NHL Central Scouting.

Visca, a 5-11, 190 lbs forward, spent two seasons playing with the Orangeville Crushers Junior A team before accepting a full hockey scholarship at the University of Lowell-Mass in Massachusetts. This summer, the 19-year-old Everett, Ont. native opted to sign with the Wolves and continue his studies at Laurentian University.

“My decision to leave the NCAA was based on my belief that Sudbury has an outstanding program and provides a great opportunity for me to develop my skills as a hockey player, while making an impact with this hockey team,” he said in the press release.

The Wolves' training camp is set to run Sept. 1 to 3, with the annual Blue-White game slated for Sept. 3 at 6 p.m. at the Sudbury Arena. Admission to the game is free.

The team's home exhibition schedule kicks off Sept. 10 against the Barrie Colts, followed by a game Sept. 17 against the Soo Greyhounds. Both games are set for 7:30 p.m. at the Sudbury Arena.

The Wolves' home-opener weekend takes place Sept. 24 and 25, with games against the Niagara IceDogs and Ottawa 67s.