Pack head out for final road trip of the regular season to take on Petes, IceDogs and Bulldogs
Mar 12, 2020 2:00 PM By: Sudbury.com Staff 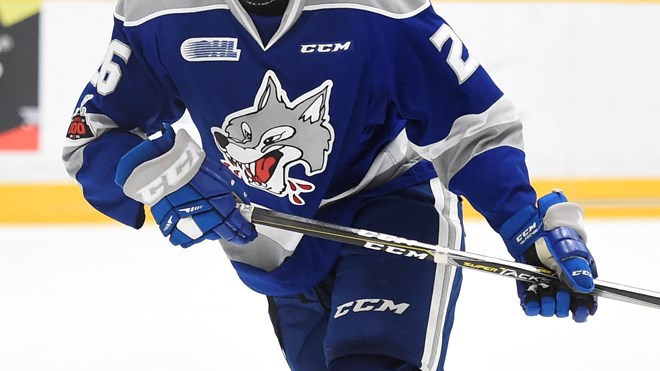 The Sudbury Wolves were to head on the road this weekend for the final time during the regular season to make stops in Peterborough on Thursday, St. Catharine's on Saturday and Hamilton on Sunday.

"The Canadian Hockey League and its three regional leagues, the Ontario Hockey League, Quebec Major Junior Hockey League, and Western Hockey League, take the health and safety of our players, fans, volunteers, staff, and general public very seriously. CHL President Dan MacKenzie with Commissioners David Branch, Gilles Courteau, and Ron Robison have been monitoring the situation in regards to the Coronavirus (COVID-19) including what local, provincial, and federal health agencies have recommended," the statement reads.

"Following consultation with medical professionals and meetings today among the CHL Executive Council, and regional league Board of Governors, the CHL announces that the balance of the 2019-20 season and all hockey activity shall be paused immediately until further notice."

The Wolves are coming off a big 8-0 win over the Kingston Frontenacs Sunday afternoon and are winners of eight of their last 12 games. The team now has a magic number of four to clinch the Central Division title for the 2019-20 season.

In order to clinch, they need a combination of one win and one loss by the Barrie Colts which could happen as early as Thursday should the Wolves win and the Colts lose Wednesday.

The Wolves were to play their last two home games of the regular season on Tuesday March 17 and Friday March 20.