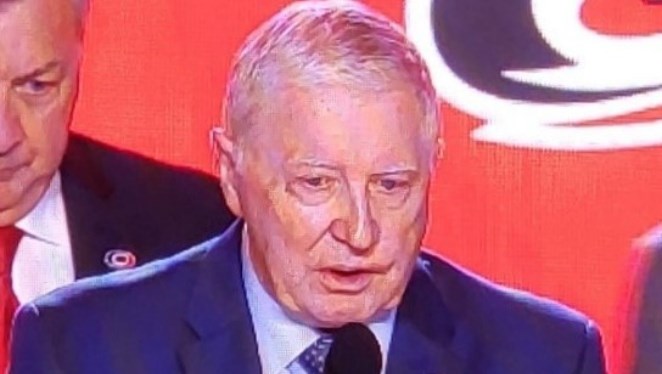 Tony MacDonald, the new senior adviser to the Sudbury Wolves, spent the last 25 years with the Carolina Hurricanes. (File)

The Sudbury Wolves have hired Tony MacDonald to the hockey operations department, where he will work as a senior adviser to the club.

MacDonald has worked in the NHL and OHL, most recently with the Carolina Hurricanes organization for 25 years, the past 12 of which he was Canes' director of amateur scouting. He retired from the position with Carolina following last June’s NHL draft.

"I have known Tony since he was my general manager on the Detroit Ambassadors,” Rob Papineau, the Wolves VP of hockey operations and GM, is quoted as saying in a news release Friday. “He has a remarkable resume, having been to six Memorial Cups in his career, as well as having spent the past 12 seasons as the director of amateur scouting for the Carolina Hurricanes.

“He was the person responsible for drafting the talent that helped the Hurricanes to the eastern conference finals as well as the Charlotte Hurricanes win this year's Calder Cup.”

MacDonald, who is from Guelph, and will focus on scouting the OHL and key international events for the club, and “will become a tremendous resource for the Wolves hockey operation team,” the release said.

“It’s an exciting time for me to be reconnecting with Rob along with Wolves head coach Cory Stillman,” MacDonald is quoted as saying in the release. “Having longstanding histories with both of these gentlemen is especially special to me and I am looking forward to working with them again.

“Rob, I drafted back in 1989 with the Detroit Ambassadors in the expansion draft and reunited with him as a player, intern and scout many times over the years. Cory was on the Stanley Cup team in 2006 and player development coach in Carolina so I have had to opportunity to work closely with him.”

Papineau said MacDonald will also act as a mentor for the rest of the team's scouting staff.

“He has a tremendous network of contacts in the NHL and the entire hockey world and will be a great advocate for the Sudbury Wolves,” Papineau said in the release. “Tony is a professional gentleman of character and his addition helps us in our mission to be a preferred place to play as well as a Memorial Cup contender.”

“The Sudbury Wolves are a team with a long and proud tradition and it’s an honour to get involved with them,” MacDonald said.  “I hope to be able to contribute and help build a Memorial Cup championship in Sudbury,”