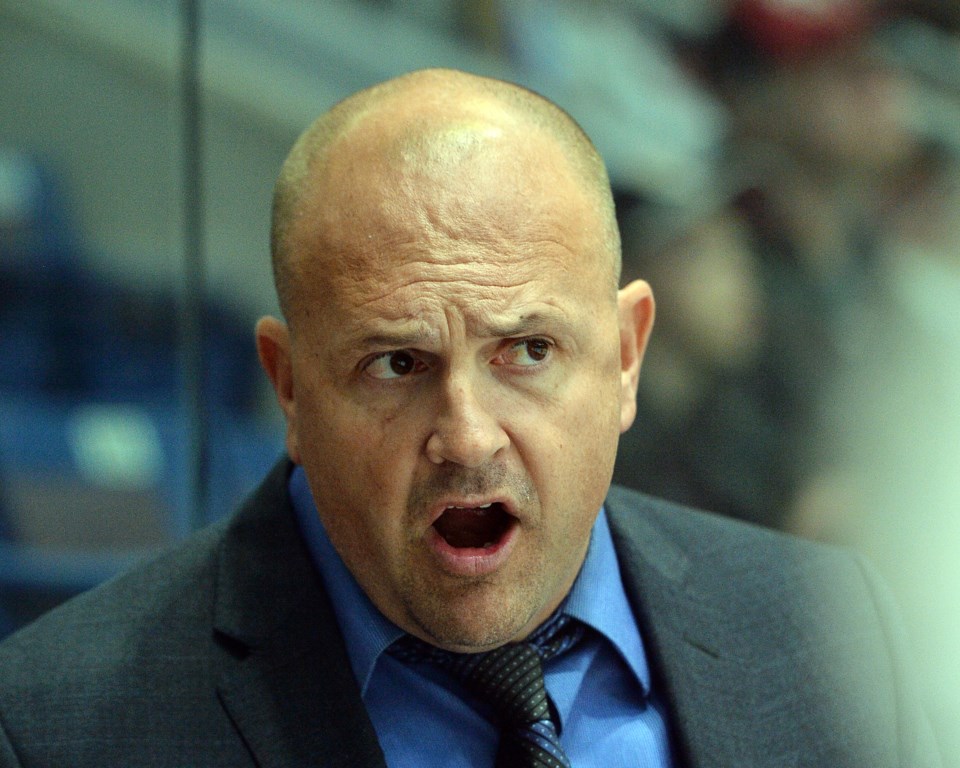 The Sudbury Wolves will look to extend their win streak to five games this week as they get set to visit the Sault Ste. Marie Greyhounds for game three of the Bell Challenge Cup on Wednesday at 7:07 p.m.

The Sudbury Wolves will look to extend their win streak to five games this week as they get set to visit the Sault Ste. Marie Greyhounds for game three of the Bell Challenge Cup on Wednesday at 7:07 p.m.

The boys will return home to host the Erie Otters on Friday and Owen Sound Attack on Saturday. Both home games are set for a 7:05 p.m. puck drop.

The Wolves are coming off a four-game homestand that wrapped up last weekend with big wins over the Flint Firebirds and Barrie Colts.

The Erie Otters are led by winger Maxim Golod and defenseman Jamie Drysdale. Golod, the team's leading scorer, has posted 36 points through 29 games this season. Drysdale, a projected top 2020 NHL draft prospect, has 31 points this season, but will be out of the line-up as he joins Quinton Byfield in Oakville this week at Canada's National Junior Team SportsChek Selection Camp.

Friday’s game is sponsored by Canadian Tire who will be on hand with prizes and giveaways for lucky fans. One lucky fan will win a Canadian Tire gift card in the second intermission tire race.

Friday’s game also marks the annual Teddy Bear Toss in support of the TD Toy Bank and Salvation Army. Fans are encouraged to throw a new or gently used stuffed animal on the ice following the Wolves first goal of the game.

The Owen Sound Attack are led by Aidan Dudas (LA Kings) and Sergey Popov. Dudas, a fourth-round selection of the LA Kings, is second in team scoring with 30 points. Popov leads the Attack with 34 points in 28 games and also leads the team with 28 assists. Recently acquired forward Matthew Struthers (via North Bay) has also posted six points in his first three games with the Attack.

Saturday’s game is sponsored by the Northbury Hotel and Conference Centre which will have staff on hand with prizes for lucky fans. Once lucky fan will win a "stay'cation" package for two during the second intermission.

Join the Pack for a Sudbury Saturday Night with Dave McNab on the MIC Queen’s Stage and Porketta sandwiches will be available in the club area for purchase.

Great seats are still available for both home games at sudburywolves.com or greatersudbury.ca/tickets.

Tune into the Wolves on the road Wednesday with Bryan Cooper on CKLU 96.7 and Mixlr.com/sudburywolves.

For more information and to stay up to date on all things Wolves, visit sudburywolves.com.