Wolves look to snap out of slump as they return home 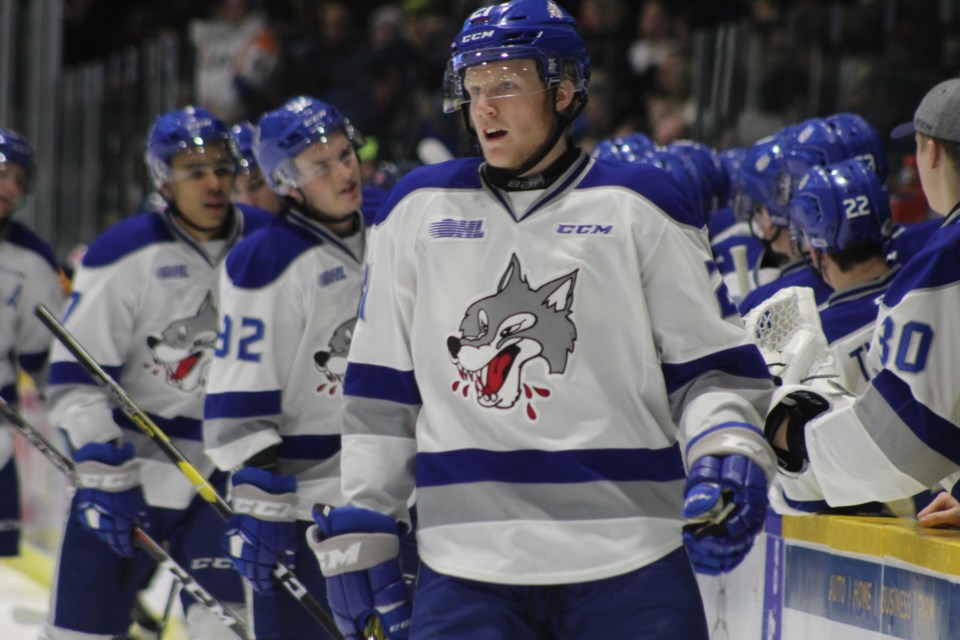 The Sudbury Wolves look to get back in the win column this weekend as they host two divisional rivals, the Barrie Colts and Mississauga Steelheads at home. (File)

The Sudbury Wolves have stumbled of late and have dropped their last four games, picking up just a single point in an overtime loss to the Hamilton Bulldogs.

The team's losing skid hit a miserable low on Sunday, as the Oshawa Generals pummelled the Pack to the tune of 7-0. Despite their recent struggles, the Wolves remain atop the OHL's Central Division and will take on a pair of division rivals this weekend at the Sudbury Arena.

On Friday night, the Wolves host the Barrie Colts at 7:05 p.m., before wrapping up the weekend on Sunday afternoon against the Mississauga Steelheads at 2:05 p.m.

The Colts trail the Wolves by five points in the Central Division, but have five games in-hand on the division-leading Wolves. Barrie's offense is led by both Carolina Hurricanes first-round pick Ryan Suzuki, and 2020 NHL draft-eligible centreman Tyson Foerster.

Friday’s game is sponsored by CTV who will be on hand with prizes and giveaways for lucky fans. One lucky fan will also win free coffee for a year courtesy of Tim Hortons in the second intermission.

On Sunday the Mississauga Steelheads roll into town, mired in their own struggles with just three wins in their last 10 games. The Steelheads sit fourth in the Central Division and 14 points back of the Wolves.

Sunday’s game is sponsored by Glencore. Fans are encouraged to bring non-perishable food donations to the game in support of the Sudbury Food Bank.

Fans who donate will have the chance to win great prizes courtesy of Glencore and the Sudbury Wolves. It’s Junior Wolves Sunday, so don’t forget your skates to join the team for a post-game skate.

Tickets are on-sale now for both games at the Sudbury Arena Box Office or online at greatersudbury.ca/tickets.

Up and down January continues for Voyageurs basketball team
Jan 28, 2020 7:00 PM

Third quarter rally lifts Five to victory
Jan 27, 2020 7:00 PM
Comments
We welcome your feedback and encourage you to share your thoughts on this story. We ask that you be respectful of others and their points of view, refrain from personal attacks and stay on topic. To learn about our commenting policies and how we moderate, please read our Community Guidelines.

Sunshine returns but it's going to be a cold day
0

Week of Prayer for Christian Unity: Remembering the message of early Christians
0