Wolves netminder backstops Finland to a win over Canada 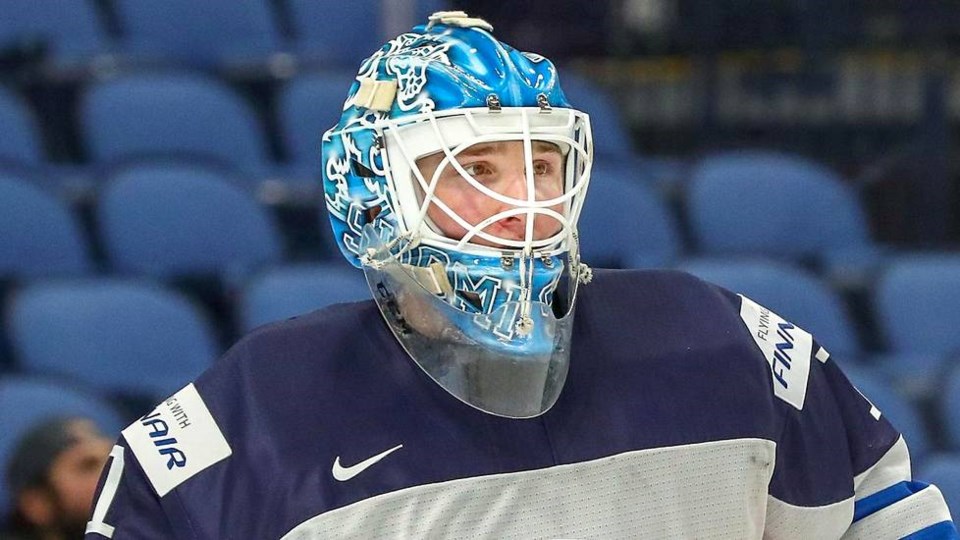 It was a bittersweet game for many Sudbury Wolves fans, as Team Canada was eliminated from the World Junior Hockey Championships after a 2-1 defeat to Finland Wednesday night.

The Finns were backstopped by Wolves goaltender Ukko-Pekka Luukkonen who stopped 24 of 25 shots that the Canadians fired his way. Team Canada got on the board early in the second period when Ian Mitchell beat Luukkonen to put the hosts on top 1-0.

The score remained that way until the dying minutes of the game, and with Luukkonen on the bench for an extra attacker, Aleksi Heponiemi got a stroke of good luck as a puck that was thrown in front of the net by Eeli Tolvanen deflected off his skate and beat Canadian goaltender Michael DiPietro.

DiPietro and Luukkonen both play their club hockey in the OHL, with DiPietro recently being traded from Windsor to the Ottawa 67's. While the two netminders haven't squared off head to head in the OHL this season, the bond between members of the goalie union was evident after the Finns knocked Canada out of the tournament.

The Finnish team mobbed Toni Utunen behind the Canadian net after he scored the game-winner.; as Luukkonen made his way down the ice to celebrate with his teammates he showed some love to his fellow goaltender, giving him a tap on the glove before joining in the celebration.

You can watch that clip here:

Luukkonen has carried the load in goal for Finland throughout the tournament and will have a chance to play for a medal in this year's tournament. The Finns will meet Switzerland in the semi-finals on Friday, after the Swiss knocked off Finland's longtime rivals from Sweden.

Just four teams remain in the hunt for World Junior gold, as the United States and Russia will square off in the other semi-final on Friday. The gold medal game will go Saturday at 2 p.m.

While Canada may not be playing for the gold, Wolves fans can cheer on their goalie as he looks to bring a medal back to Sudbury.