He’s get advice on coping from his new head coach, Cory Stillman, and his linemate, David Levin, another player who knows a thing or two about pressure
Sep 18, 2018 12:11 PM By: Nick Liard 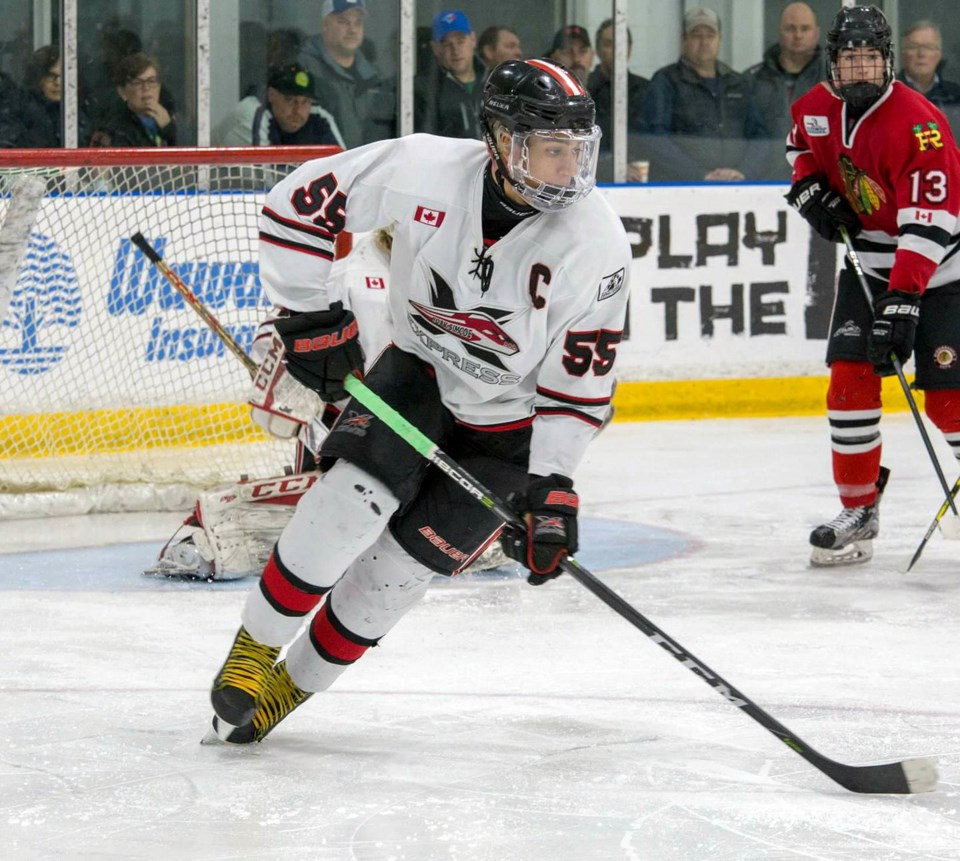 The most anticipated player in the OHL’s Priority Selection draft, Quinton Byfield is looking forward to the start of his inaugural OHL season. (Supplied)

The Sudbury Wolves have a complete player, a star, and he just turned 16 years old.

The one benefit to finishing last in the league is you will likely get a pretty good player, and luckily for the Wolves, it happened in a season where one of the better prospects in a long time was ready to enter the OHL.

Since the draft, it has been all interviews and stories about Quinton Byfield, but for the last month fans have actually got to watch him transition into the Ontario Hockey League, and he couldn’t be happier the stories are about what he is actually doing on the ice.

“I’ve been looking forward to this for the whole summer now, just trying to start the season and put all that away,” said Byfield.

One of the nicest kids you will ever get a chance to meet, he comes in with some pretty big expectations hanging over him, but he’s not getting too far ahead of himself.

“I’m just happy if the team does well,” said Byfield. “I just want to go far and make the playoffs this year.”

Head Coach Cory Stillman knows a thing or two about the pressure a player can face. His long NHL career started as a top pick of the Calgary Flames. He understands the pressure the teenager is facing and the expectations Byfield has to juggle.

“He’s a great player, he’s going to produce, he’s going to take to the game,” Stillman said. If he can offer any advice, the Wolves coach said Byfield shouldn’t “think you have to do everything by yourself. Continue to learn, continue to grow and you know what? We’ll watch him have fun and at times dominate our game.”

Byfield’s family is a plus, they’ve been his biggest supporters and biggest fans. They will continue to be there on his journey as he lives out his hockey dreams, but they can’t always be there.

It will be up to Stillman and his teammates to fill that void.

“It’s important that he feels a part of our team and our city here. We get him out there, get him feeling comfortable,” Stillman said. “When you’re comfortable and you’re excited, great things happen.”

And those teammates are quickly starting to take notice of his skills.

“I think he’s going to be the best player in this league,” added David Levin, who knows a thing or two about managing big expectations. “He’s really fast, really smart.”

Levin and Byfield have gotten to know each other pretty quickly, having a first overall pick connection. The pair have been on a line with Macauley Carson through training camp and combined for 25 points in six exhibition games.

Byfield has Stillman and the coaching staff to lean on, as well as connections he has made through training in the offseason, including former NHLer and Toronto Maple Leaf star, Gary Roberts.

But in the locker room, he said Levin is one of the players he will look to.

“Definitely Levin, he’s been here for four years now, he’s been through the ups and downs as well. If he could mentor me that would be awesome,” said Byfield.

While the summer might have felt like an eternity for the top-ranked player, Byfield can finally look forward to the start of the season. He has a couple games already circled on the calendar.

If his family is not coming up to Sudbury to watch, they will have plenty of chances to see him down south with division rivals the Barrie Colts and Mississauga Steelheads.

And Byfield said he’s excited by those rivalries. It makes the games more exciting.

The pace will be a challenge though during a long OHL season. Byfield has never played a 68-game season. It will be important for him to take care of his body and avoid hitting a wall.

“Take my rest when I can get it, on the bus sleeping a lot, having a good bedtime before school and stuff because we have to wake up early. So just that and stretching a lot,” said Byfield.

The Wolves regular season begins on the road in Guelph against the Storm, followed by games in Owen Sound against the Attack and in Barrie against the Colts.