Benefactors from far and wide benefit from parents’ legacy 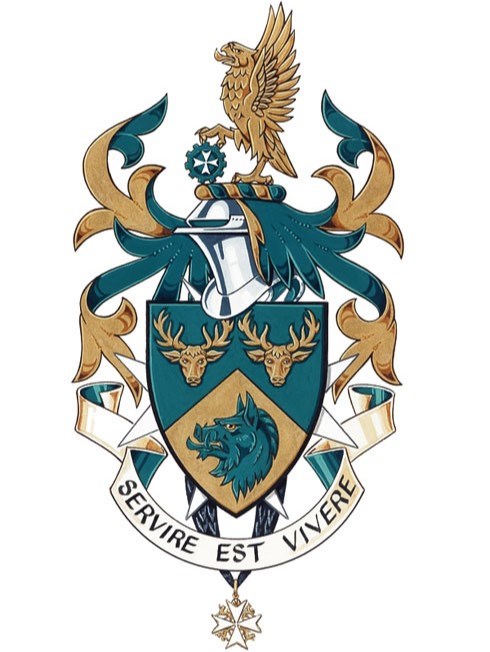 Lougheed crest - "To serve is to live", The Lougheed Foundation

“Our parents (Marguerite and Gerry Sr.) would say, get your winter coat and socks on, we’re going to go and help feed people ” recalls Gerry. “Service above self is the Rotary slogan and that was already in my father’s DNA so we were raised with that example at the dinner table.”

The belief in benevolence that was served at the family table growing up continues today in the contributions made by the Lougheed Foundation now operated by Gerry and his brother, Geoffrey. It is a private, registered charity.

“The Foundation acknowledges our parent’s legacy in the community and their passion for worthy causes plus their ability to make changes and help others,” says Gerry. He adds that the Lougheed family crest designed by Geoffrey is ‘to serve is to live.’

“We do it (serve) professionally but more importantly we do it as the good neighbour who can provide a hand up and a hand out and bring some light into the darkness,” Geoffrey says.

“They came with $1,700 in borrowed dollars, renting a building that was formerly a grocery store,” he says. “Our father gave up a secure position elsewhere and our mother taught at a College Street public school so that they could get the business going.”

Gerry acknowledges that while his parents faced challenging times in the early years, they never wavered on their commitment to contribute to their community. He says their parents’ strong work ethic and love for one another combined with their passion for customer and community service was the environment that shaped him and his brother.

Both brothers have taken the lead on countless local initiatives. They’re honourary members of associations and recipients of esteemed awards and accolades.

Gerry says. “Someone has to say, I’m going to do this and for Geoffrey and I, it is about turning good words into good works or rhetoric into reality.”

A perfect example of this synergy is this past spring’s efforts needed to provide four hundred meals over four weekends at the Elgin Street Mission. This would involve raising $1,500 for each weekend.

“We offered to send a letter to friends and associates and the response generated $73,000 worth of donations and almost a year’s worth of food so it went far beyond our goal,” he says. “Those who stepped forward included friends, associates, labour unions, churches and non-profits.” Feeding the hungry has been a priority for the family. Geoffrey founded the Sudbury Food Bank which presently supports 50 local food banks.

Recognizing an immediate need for action also prompted the Lougheed Foundation to make a $50,000 donation to the Health Sciences North COVID-19 Support Fund for vital equipment needed for patient care.

Sentiment also runs as a ribbon in their acts of benevolence. In November, the Lougheed Foundation presented a cheque for the purchase of a van in India. It will be used to transport cancer patients and operated by the Rotary Club of Jalandhar West in India.

“Back in the 1970s, our parents were in India, representing Canada through Rotary, rebuilding of schools damaged by a typhoon and when they left it was with friendships that lasted 40 years,” says Geoffrey. “We wanted to celebrate those memories by buying this van that could continue to help others.”

There was also another personal reason why the van was so important. It was an extension to the giving already shaped by the family’s personal experience with cancer. Marguerite had cancer before passing in 2006. It also saw Gerry play an integral role in establishing the cancer care centre in Sudbury in the Candle of Hope campaign.

“Whether it is fundraising or awareness training, a community needs to understand the issue or the cause,” says Gerry naming Easter Seals, Send a Kid to Camp, the Salvation Army, Rotary International and the establishment of the Marguerite and Gerry Lougheed Community Centre. Over the ten years, the centre operated – with staff, taxes and overhead paid by the Lougheed Foundation, over 11,000 events were held at no charge to the organizers.

“Our family had an association with the former St. Clements Church and that is why when the property came up for sale, we chose that location,” he says. The YMCA, which the brothers were members of as young children, has also been a Lougheed Foundation beneficiary.

And what do you get someone who is all about helping others for his 60th birthday? For Gerry, it was a special request for people to sign up as organ donors. It generated 612 new signatures.