At the heart of northern Ontario industry and beyond, the Marcotte name is synonymous with credibility, innovation and progress.
0 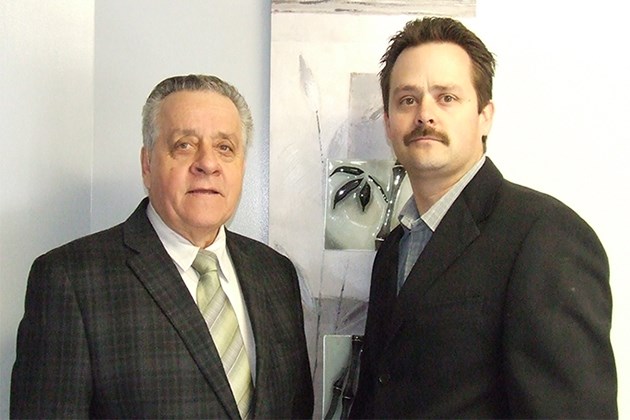 At the heart of northern Ontario industry and beyond, the Marcotte name is synonymous with credibility, innovation and progress.

Reflecting on two decades in business, AMI Personnel acknowledges the support of the community and credits the vision and leadership of founder, Andre Marcotte, who spent more than half a century serving the mining/manufacturing sectors. Today, AMI is an industry leader; sourcing, attracting and matching high caliber personnel with top employers.

Born in Baurette, Quebec, Andre worked in Montreal as a mechanic and welder before heading to Timmins in 1967 where Texas Gulf had commenced operations on one of Canada’s richest ore bodies. The community was booming but his stay was to be short-lived.

At the urging of his older brother Raymond and enticed by a company vehicle, he headed to Sudbury to work with Jarvis Clark. The mining industry was undergoing massive transformation and he found himself at the forefront of rapidly evolving technologies. Innovations that began in the 60’s were being expanded and operations were being modernized for increased efficiency. Andre’s pioneering role in the introduction and maintenance of new, trackless equipment earned him a reputation and those familiar with his input and influence say ‘Andre Marcotte was found in the wheel of a scoop tram when he was born.’

His youngest son Al, who left INCO to take the reins of AMI Personnel in 2004, recalls pulling together as a family when his father’s expertise was in demand worldwide.

In 1987, Andre reunited with his brother at Marcotte Mining to assume the role of General Manager. When the Timberland Group took over, he made the decision to venture out on his own, harnessing 30 years of specialized knowledge to begin a consulting business.

With a sound understanding of the complex, multidimensional aspects of industry and the benefit of strong relationships he’d forged, he was well positioned to provide valuable counsel. But it quickly became apparent that the greatest challenge for industry involved the recruitment of skilled employees and AMI Personnel was born.

“Through-out the years developing, manufacturing, he understood customer needs, He had all that knowledge and expertise. It all just snowballed from there and we’ve been trying to keep up with the demand ever since.”

Andre built his business on insight and a simple philosophy. Everyone has a story, one size does not fit all and a resume is only one part of the big picture. He understands that success comes from cultivating talent, providing training opportunities and recognizing ambition.

“We are an important stepping stone but it’s the motivated individual that does all of the hard work. We’ve seen it first-hand. Someone starts out as a laborer, works up to an apprenticeship, becomes a mechanic and then advances to plant manager. If you want to succeed, the sky’s the limit.”

That approach has been key to AMI’s success. Their ability to identify talent and take careers to the next level leads to tailored recruitment solutions, resulting in happy, satisfied customers all round.

“We’ve been supporting local industry since 1998 and we’ve become specialists at placing employees in temporary assignments leading to permanent career opportunities. But we wouldn’t be here today without the support of industry. Earning their trust and respect has been the hallmark of our success.”

With the shortage of skilled trades people expected to grow, AMI is on top of the next wave, presenting opportunities for apprentices looking for work in the mining industry and other sectors. From general labor to specialized management, they supply qualified employees in all departments and all levels of operations, while keeping their finger on the pulse of changing technologies.

Meanwhile, retirement is still somewhere out there on the horizon for Andre Marcotte. While day to day operations are led by son Al, his expertise is still a hot commodity.

“When I joined the company in 2004, pops said would retire in 2006. It never happened. We got so busy we couldn’t afford to lose him. For him, there is no such thing as retirement. When you build something from the ground up, you respect what’s been accomplished and owe a debt of gratitude to those who helped make it happen.”

There is much to celebrate as AMI Personnel recognizes its 20th year – looking forward to the next chapter of opening doors and shaping the future.

If you are looking for employment, AMI Personnel can help. Visit their website at amipersonnel.ca to view available positions, or, email your resume to ami@amipersonnel.ca.

AMI Personnel has become an important resource offering tailored recruitment solutions that match high calibre talent with rewarding careers in northern Ontario, across the country and around the world.