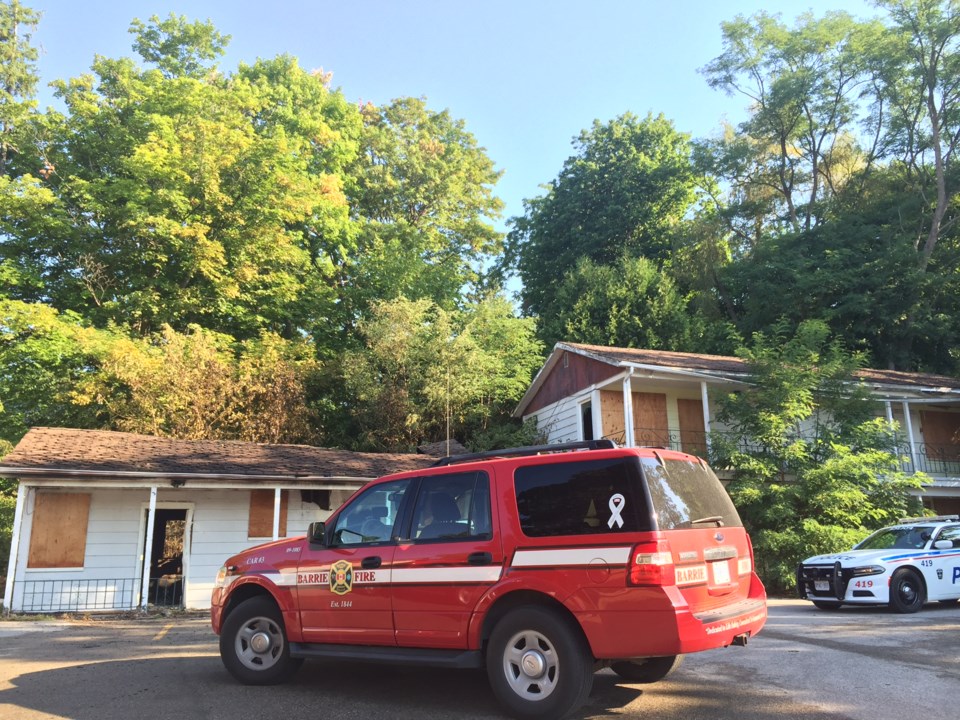 Fire and police investigators said an Aug. 4 blaze at the abandoned Lake Simcoe Motel was an arson. Sue Sgambati/BarrieToday

It's the second suspicious fire at the derelict building in a week.

The 3 a.m. fire on Aug. 4 caused $40,000 damage and was deemed an arson after Barrie Fire Investigators found numerous ignition points.

The motel has been abandoned for several years.