Bridge reconstruction gets the green light in Mattawa

Mattawa residents and travellers along Highway 533 still face a few more months of alternating one-lane traffic on the Pont Mauril Belanger Bridge but officials say the finish line is in sight
Aug 11, 2020 9:10 AM By: Stu Campaigne 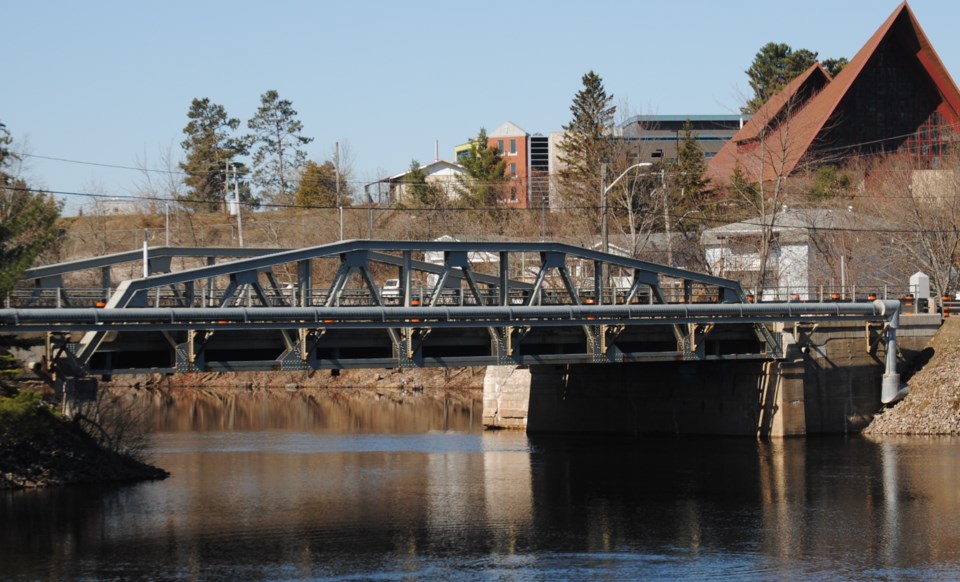 Reconstruction of the Pont Mauril Belanger Bridge is scheduled to wrap up this fall. Photo by Stu Campaigne

Mattawa residents and travellers along Highway 533 still face a few more months of alternating one-lane traffic on the Pont Mauril Belanger Bridge but officials say the finish line is in sight.

Town of Mattawa Interim CAO Francine Desormeau confirms the final stage of the project to repair the essential infrastructure damaged by the spring 2019 flooding of the Mattawa and Ottawa Rivers will get underway within one week, with a "substantial completion date of November 13th."

The bridge connects Mattawa's downtown to Highway 533 and was renamed in honour of the late Mauril Belanger, former area MP and spans the confluence of the Ottawa and Mattawa rivers.

In late July, after a tender process, Mattawa Council awarded the reconstruction project to MTM-2 Contracting Inc. from Milton, Ont., in the amount of $1,095,160.00 (plus HST). It was the lowest of two bids. In May, Council awarded a survey contract via Dillon Consulting to monitor the bridge for six to 12 weeks and the firm also reviewed both tenders and provided comments to Council.

What should Mattawa residents expect from now until fall?

The project "is anticipated to have very limited bridge closures during construction. The contractor is to schedule operations in such a manner as to cause the least interference to vehicular and pedestrian traffic," says Desormeau.

Once construction begins, the bridge will remain at one lane and alternating traffic lights will remain in place during construction. Sufficient warning to the public and emergency personnel will be provided if the need arises to completely close the bridge.

Mattawa Mayor Dean Backer says restoring this important infrastructure link safely and to full capacity in Mattawa is a top priority. Residents of the towns on the north side of the bridge face a much longer trip to amenities in North Bay when it is closed as it is the only way across the river by vehicle.
Backer says the trip is "a 55-kilometre detour if you had to go to the hospital in North Bay by 533 and 63."

Since the flooding, transport lanes have also been disrupted during periods when no traffic was permitted on the bridge for industries such as Rayonnier, in Temiscaming, Que.

See also: Mattawa bridge gets funding after 'taking a pounding' during 2019 flooding

Work continues to repair and restore other amenities and infrastructure damaged by the flooding in 2019. On the advice of J2pg Consultants Inc., Mattawa Council recently approved $28,000 for labour and materials to Galcon Marine Ltd., to restore the damaged marina docks anchorage system, as part of the second stage of waterfront marina reconstruction. And, preliminary discussions have taken place with J2pg for the reconstruction of Gorman Street, also badly damaged by the flooding.

Stu Campaigne is a full-time news reporter for BayToday.ca, focusing on local politics and sharing our community's compelling human interest stories with our readers.
Read more

‘I think the economy is adjusting,’ said finance minister during NORCAT visit
0