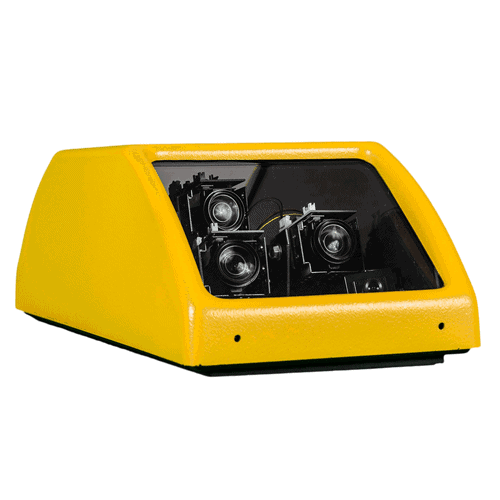 A camera box is part of the BusPatrol stop-arm safety technology now on Mattawa school buses. It collects evidence that can be used to enforce traffic safety laws to keep young students safe. BusPatrol Photo

MATTAWA — The Town of Mattawa and BusPatrol have teamed up to make school buses “smarter” to further protect students by documenting evidence of drivers breaking traffic and pedestrian safety laws.

Council is expected to approve the use of the advanced stop-arm safety technology at tonight’s meeting with the official launch of the program Tuesday through a virtual announcement at 10 a.m. hosted by the Let’s Remember Adam Campaign Facebook page.

Adam Ranger was five years old when he was tragically killed on his way home from school by a driver who failed to stop for the stopped school bus in 2000.

The program, with Mattawa the first in Canada to deploy the stop-arm technology, aims to make the journey to and from school safer for students by educating motorists on school bus safety laws and changing driver behaviour through automated enforcement.

The program and technology are entirely violator-funded meaning there is zero cost to the municipality, the bus company or the Nipissing-Parry Sound Student Transportation Services, the consortium that provides busing to schools in the region.

Pierre Ranger, Chairman of Let’s Remember Adam, said the partnership program is “an important step” toward protecting young students like his brother.

“We are extremely happy that this is becoming a reality. My family and I have been advocating for student road safety for nearly 20 years,” Adam said, adding that his family have “made it our mission to ensure no other family suffers such a senseless tragedy.”

“The implementation of BusPatrol’s program is an important step in the right direction towards the protection of our children’s safety here in Mattawa and for the rest of the province.”

Dave Dale is a Local Journalism Reporter with BayToday.ca. LJI is funded by the Government of Canada.

Snow flurries in the forecast throughout the day Thursday
0