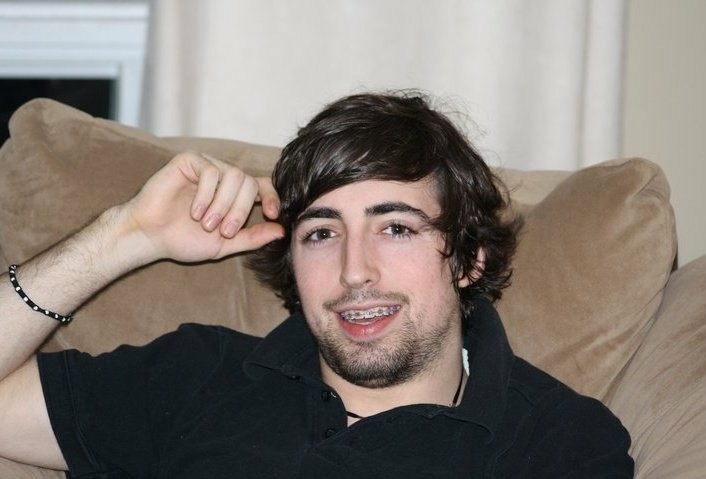 NORTH BAY — Rob Joly says he is in a good mood today.

Today, March 4, marks the ninth anniversary of the disappearance of his son Luke Joly-Durocher.

"I am doing great today, I am not looking for pity, at least I am not," said Joly.

"That part of the investigation is over. I am looking for answers here. As Luke's father, I do feel sad that he is not with us because I live around all his friends who have grown into men who have jobs, who are successful and have family and kids. When I see that it does bring back tears as I wonder what Luke would be doing today and how successful he would because he always stated today that his music was going to make him famous someday and I honestly believe that would have happened if somebody would not have taken him from us."

Joly says he is focussing on new information that came out publicly last fall. For years the last spot Joly-Desrochers was seen was the Cecil's Bar but recently clues have revealed that he was actually seen that night at Shooters bar located at the Voyageur Inn.

"The big question is who did Luke leave with at the Voyageur," his dad said.

"That is what the police and I are trying to find out. Today is the anniversary, we still have hope. We celebrate Luke's life today and I want to reach out to everyone today for supporting us and the nine years that Luke has been missing."

Police believe he was observed socializing at the bar and police confirmed later that Luke obtained a ride from at least one of the patrons.  Additional witnesses have come forward and police know other people may have been socializing with Luke before he disappeared.

New billboards about Luke's disappearance have been put up on both Highway 11 and 17 near North Bay with the hopes that the signage will generate more information about the missing person investigation.

Over the past eight years, North Bay Police Service investigators have conducted hundreds of interviews, and followed up on as many leads and tips, trying to ascertain what had happened to Luke.

Luke Joly-Durocher, who was 20 at the time of his disappearance, was last seen shortly before midnight in North Bay's downtown on March 4, 2011.

A downtown bar captured images of him outside late that evening and his bank card was found in the downtown core about 11 days later.

Police now say that after Joly-Durocher was refused entry to Cecil's Bar downtown, he attended Shooters bar located at the Voyageur Inn on Delaware Street.

Police believe he was observed socializing at the bar and police confirmed later that Luke obtained a ride from at least one of the patrons.  Additional witnesses have come forward and police know other people may have been socializing with Luke before he disappeared.

Along with the North Bay Police Service, the OPP is also offering additional resources into the cold case.

"We have a better and bigger team than we had when Luke first disappeared," said Rob Joly.

Joly is confident that he will be discovered before next year. But he continues to urge anyone to share any information they have with police.

"I want to focus on those people that have just that little bit of information that they think is not important and it has come to me so many times where I am asking an individual, 'why didn't you tell me this before,' and they say, 'well I did not think it was important,' and that happens in so many cases."

Anyone with information relating to Luke Joly-Durocher's disappearance is asked to call the North Bay City Police, Crimestoppers or the OPP.