It is a controversial proposal that has been debated in several countries over a period of decades, including in Canada, where a previous proposal to bury the wastes in the Canadian Shield failed to gain approval after a lengthy review in the 1990s.
Sep 16, 2016 8:11 AM By: BayToday Staff 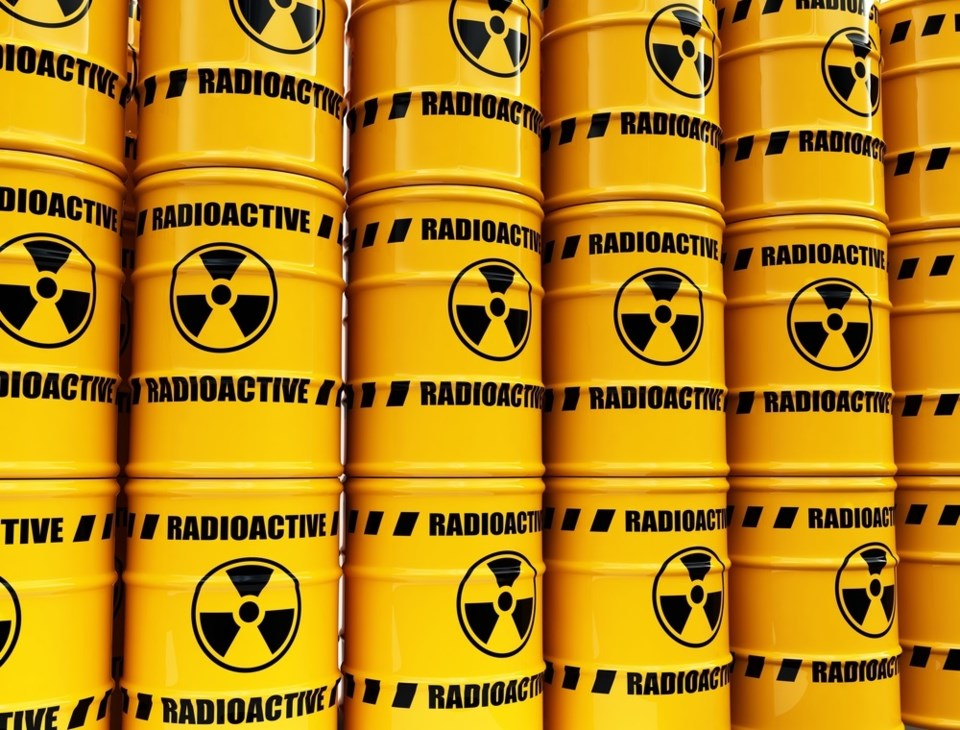 It's always a controversial topic and it's headed our way.

But North Bay City Councillor Mac Bain is confident that safety is top of mind as far as the transportation of nuclear material through North Bay is concerned.

Bain was one of 300 participants at a national conference on nuclear waste management this week in Ottawa. He represents the City on the board of the Federation of Northern Ontario Municipalities, and as a FONOM representative, he has been on the Nuclear Waste Management Organization’s (NWMO) “Municipal Forum” for the past several years.

There are plans to construct a burial facility for Canada's nuclear fuel waste after a site has been decided.

"Of the nine communities that have put their name forward and have still not been eliminated as the location for the deep geological repository, most of them are in northern Ontario," Bain told BayToday. "NWMO hasn't determined which route they are going to go until they've narrowed down the location."

Asked what about the NWMO’s program he would flag as being an issue of particular potential interest to his colleagues on North Bay’s City Council, Bain said it would be transportation.

“As this project moves along they are going to have to transport the spent nuclear fuel from one community to another. If it is to a location in northern Ontario there is going to be the possibility of nuclear waste going through the City of North Bay. We are going to have to possibly find a way of informing our public”, Bain explained.

Transportation could be by boat, rail or road, depending on the location and at that time talks will take place with first responders and the municipalities that might be affected by the route so that in the event of an accident people would know what to do, according to Bain.

The Nuclear Waste Management Organization is an association of the provincial utilities from Ontario, Quebec and New Brunswick who have generated over 62,000 tonnes of high-level radioactive waste through the operation of nuclear reactors for electricity production. Established in 2002, the NWMO proposed to the federal government in 2005 that they be mandated to proceed in the development of a burial facility for Canada’s nuclear fuel waste. Under their 2005 plan, the NWMO would conduct a siting process, and then complete designs, construct, operate and close the facility over a period of up to 300 years.

"The containers are quite safe," says Bain. "They are recognized internationally as being the safest and the transport truck that has been designed to carry the spent nuclear fuel has been to all the host communities and even North Bay, and is quite robust and secure."

The equipment will be on display in North Bay during a FONOM conference being held here next May.

Brennain Lloyd, a project coordinator with the regional environmental group Northwatch, also attended the conference, and has a different take on Mac Bain’s transportation message.

“The NWMO had a transportation package designed by Ontario Hydro back in the 1980’s re-certified a few years ago by the Canadian Nuclear Safety Commission, but that’s not much of an assurance. Towing around a mock-up of the truck is also pretty limited in terms of what it can tell us about the real risks associated with transportation, or how willing we should be to accept those risks.”

"North Bay at this time doesn't need to be making any determination about what we need to be doing," added Bain. "There may be nuclear materials being transported weekly through North Bay now and the emergency responders are aware of that.

"North Bay already is a nuclear community because we do have nuclear medicine at the hospital so we're not a nuclear free zone."

Lloyd noted that comparing medical isotopes to radioactive waste is “a game of comparing apples to arrows”.

“Nuclear medicine uses single and short-lived isotopes. Nuclear fuel waste includes hundreds of different radioactive isotopes, some of them very short-lived but others persist for tens of thousands of years, and some of them for millions of years and beyond. That’s the key issue in the controversy – how can these wastes be contained into eternity?”

The burying of nuclear waste is a controversial proposal that has been debated in several countries over a period of decades, including in Canada, where a previous proposal to bury the wastes in the Canadian Shield failed to gain approval after a lengthy review in the 1990s. Several countries have research programs underway with a “deep geological repository’ as their end goal, but others have shelved that approach and opted for long term storage.

Bain has toured many nuclear facilities in Canada.

"I'm quite confident the nuclear industry in Canada is very robust as to security and safety and if and when the spent nuclear fuel is transported from one community to another and I'm positive NWMO will have everyone's safety taken care of."

“When you tour a nuclear waste facility you’re given a badge to monitor the dose you receive while you are on the site, even if it’s for just a brief visit. If you’re parked beside a truck carrying nuclear waste because the highway has just closed there’ll be no badge and there will be no monitoring, but there will be a dose.”