The Office of the Independent Police Review Director released its one-year report on the implementation of the 44 recommendations handed down in its 2018 report: Broken Trust
0
Feb 27, 2020 8:27 AM By: Doug Diaczuk 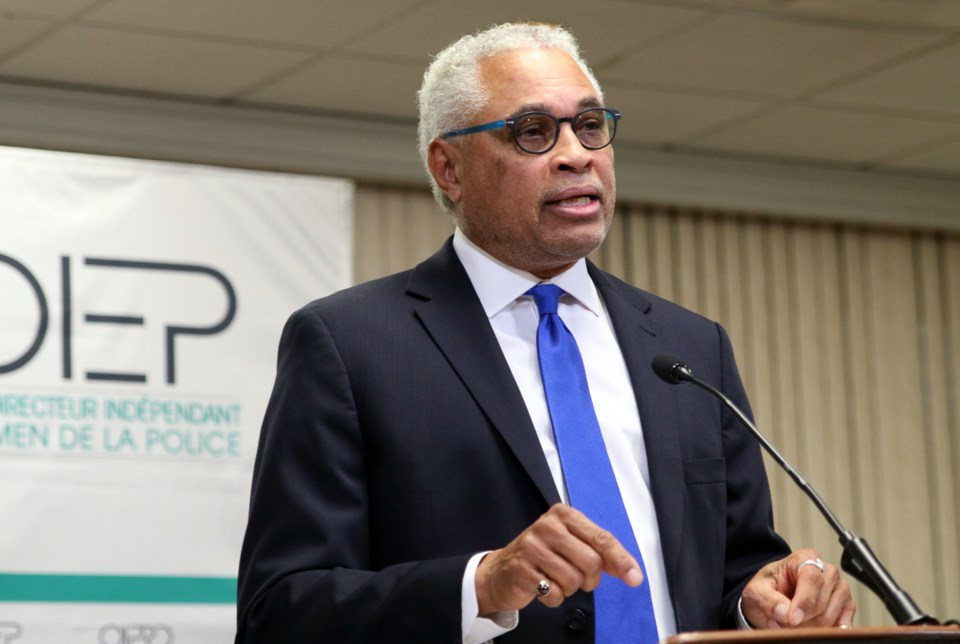 THUNDER BAY - It has been more than a year since the Office of the Independent Police Review Director released its report detailing systemic racism in the Thunder Bay Police Service at the institutional level.

“The OIPRD is encouraged by the steps taken by TBPS and the Board to acknowledge existing problems and to commit themselves to implementing the OIPRD’s recommendations,” the report reads. “While the OIPRD is encouraged by these steps, it is still too early to assess the extent to which the recommendations will ultimately be implemented to the level required to earn trust with Indigenous communities.”

In the past year, the OIPRD has held engagement meetings with Indigenous leaders, First Nations services, and members of the Police Service to evaluate the progress being made on the recommendations.

Sylvana Capogreco, the former interim Independent Police Review Director, who oversaw the completion of the one-year report, said she commends the Thunder Bay Police Service for all the work that has been done in the past year.

Capogreco commended the Police Service’s restructuring of the Criminal Investigation Branch and the Major Case Management Branch, the implementation of body-worn camera and in-car camera pilot projects, and she is pleased with the terms of reference laid out for the reinvestigation into nine sudden deaths involving Indigenous people.

“Terms of reference are very robust,” she said. “The governance with respect to how those investigations are to be done is to be complimented and commended.”

Broke Trust was released in December 2018 following an investigation that took more than three years. And while the report did find systemic racism exists in the police service, Capogreco said the first step was acknowledging that finding.

“It was also very encouraging that when the report came out, both the police service and the board acknowledged that racism exists in Thunder Bay,” Capogreco said. “I think that was a very important first step to be taken.”

The one-year report acknowledges the concerns that have been brought forward regarding the costs of the recommendations by saying the OIPRD understands the financial challenges, but says they are not “confined to Thunder Bay or TBPS.”

“Limited resources do not relieve TBPS from ensuring that systemic and other forms of racism are rooted out and addressed,” the report reads. “Indeed, the power that police officers have, and the critical role that a police service has in promoting racial equality and reconciliation with Indigenous people requires that they be held to a higher standard.”

The report goes on to say that it should be a priority of governments to ensure the Thunder Bay Police Service has the financial resources it requires to implement the recommendations.

“But finances alone, while it is a reality that finances are required, it cannot be an excuse for conducting themselves in a way that doesn’t benefit the community they serve,” Capogreco added.

While determining the implementation of many recommendations is simply a matter of seeing if it has been completed, for example the use of body-worn cameras, whether or not actual trust with the Indigenous community has been rebuilt is not quite so simple.

“That is something that is going to be difficult to measure,” Capogreco said. “They recently did a survey with the community with respect to the relationship with the Indigenous community and the police service. It is clear from that report that still needs a lot of work to be done. Trust is not something that is going to present itself by just completing a couple of tasks. It is an ongoing effort and an ongoing commitment by the Police Service and Police Services Board.”

Capogreco added that the Thunder Bay Police Service will need to continue to engage with the Indigenous community, work collaboratively with First Nation Policing and leadership, including elders, and consulting more broadly with the community.

“Not on a one time basis, but on an ongoing basis,” she said. “That will hopefully put them on the road to mending relationships if that’s possible and if not, at least building some kind of trust between them.

The OIPRD will continue to monitor the progress made on the implementation of the 44 recommendations.