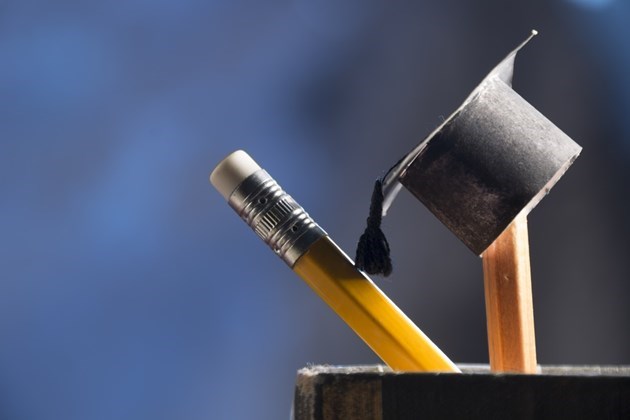 SAULT STE. MARIE — For some Sault and area parents with children enrolled in Algoma District School Board (ADSB) schools, this week will be a two-day school week due to a province-wide one day strike and rotating strikes by teachers and other educational workers, forcing many parents to scramble to ensure their children are attended to while the parents are at work.

Laura Liddiard is one such Sault parent.

She has a daughter in Grade 5 and a son with special needs on an Individualized Education Plan (IEP) in Grade 3, both her children in ADSB schools.

“My kids can’t be home alone. They can’t be unattended at this point in time,” Liddiard said, speaking to SooToday.

“Including these strike days, it’s been five days so far and it will be eight days in total that have impacted our children.”

There will be no school Tuesday, Feb. 11 for all English language Ontario public elementary school students, and for the ADSB, no school Wednesday Feb. 12, due to a province-wide one day strike and rotating strikes across the province respectively, held by teachers and other educational workers represented by the Elementary Teachers Federation of Ontario (ETFO).

In addition, teachers and other educational workers represented by the Ontario Secondary School Teachers Federation (OSSTF) at some school boards across Ontario, including the ADSB and Huron-Superior Catholic District School Board (H-SCDSB), will take part in another one-day full withdrawal of services Thursday, Feb. 13.

“I’m a nurse, I work shift work, so I’m still a little bit luckier than most because I’m not on a Monday to Friday schedule, so on occasional days we’ve been handling it as a family,” Liddiard said.

On other days, Liddiard said, “we’ve been paying for a lot of care.”

Liddiard estimated she has paid out $150 so far for care for her two children during the strikes.

“In terms of the government subsidy, I have applied for both children but they (the province) have had some kind of glitch in their system and at this point in time I’ve received the equivalent of three days for my daughter and nothing for my son... I’ve received a total of $75.”

“I really do feel for the people who have more limited means than myself. I can’t imagine how that’s being handled,” Liddiard said.

She said she tries to schedule her days off in anticipation of rotating strikes.

“They (her employer) have been very accommodating, but the five-day notice is not, generally speaking, enough to scramble and fix your daycare. I’ve actually gone on my post-night shift days, where I should be sleeping to prepare for an upcoming shift and I’ve gone without sleep.”

“It’s not easy, but my highest level of concern is for the kids and what they’re missing.”

“Every day we lose breaks the continuity of their education,” said Liddiard of the effect she sees on her children during the current labour dispute.

“They're losing continuity in their education and anybody that is a parent knows that every time you have a summer break – a March break or Christmas break – it takes weeks to get them back on track and into learning mode.”

“This week, they’ll be going to school Monday and Friday. You can’t establish any kind of continuity in their education. My children are missing all kinds of fundamentals in Grades 3 and 5. What happens when they go forward and they’re missing building blocks they should be structuring their next school years upon?’

“It's a disservice to them,” Liddiard said.

“I’m not pointing any fingers, but people need to get to the bargaining table and have a conversation. I do want to say that I support the ideals of the teachers and would like to see some resolution,” Liddiard said.

ETFO leaders have stated its members want more supports for students with special needs, the addressing of violence in schools and preservation of full-day kindergarten.

At the secondary level, OSSTF union leaders are protesting the provincial government’s plans for larger class sizes at the high school level and mandatory e-learning for high school students, while also calling for a two per cent per year pay increase.

Bus route cancellations should ease within a few weeks
0