Guelph’s Liberal candidate says photos and video of Trudeau in brownface and blackface is contrary to the work the party has done to respect people of all colours
0
Sep 20, 2019 7:55 AM By: Kenneth Armstrong 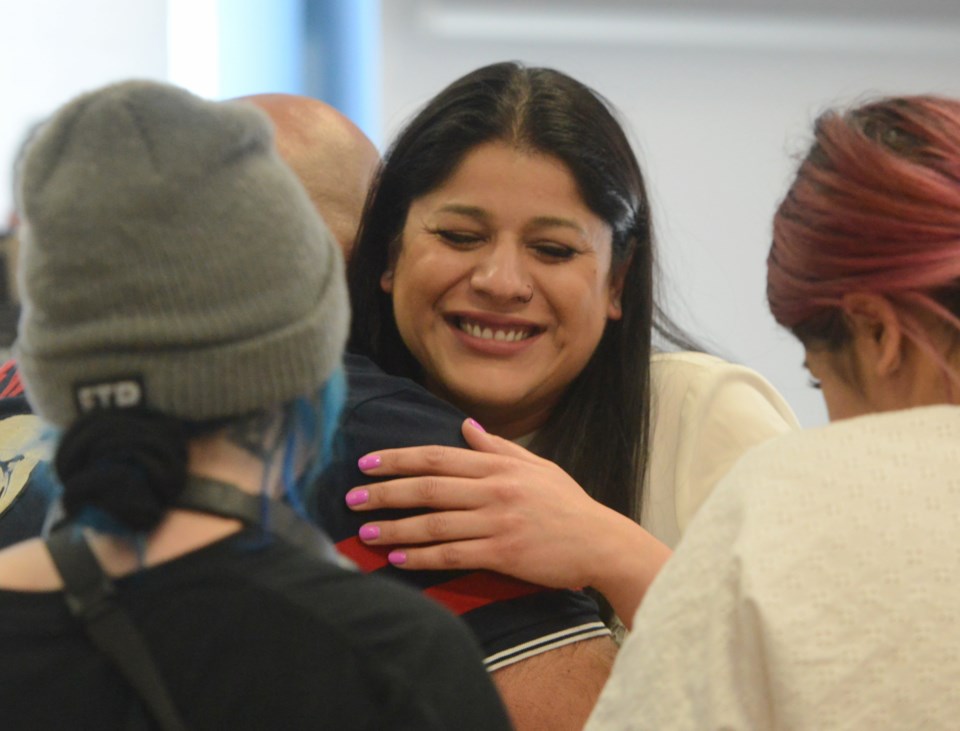 GUELPH — Guelph's NDP candidate says she is deeply hurt by dated photos and video of Prime Minister Justin Trudeau dressed in brownface makeup and wearing a turban, but further said she appreciates his apology.

“It was very disheartening to see and I was disappointed,” said Aisha Jahangir, local candidate for the NDP who is a woman of colour. “Trudeau’s decision to wear brownface was wrong and he should have known better.”

Guelph’s Liberal candidate Lloyd Longfield said photos and video of Justin Trudeau in brownface and blackface makeup is contrary to the work the party has done to respect people of colours.

The Liberal leader called all of the party's candidates Thursday morning after various media outlets published photographs of Trudeau dressed in a turban with his face painted when he was 29 years old and teaching. Another earlier photo shows Trudeau in blackface makeup, impersonating Harry Belafonte.

Longfield said some members of the Liberal caucus have experienced racism in their lives and are deeply hurt by the photos.

“The prime minister has just made a call to all of us to apologize for the impact on us personally and on our communities and particularly on the vulnerable people who are subject to racism,” said Longfield by phone Thursday.

“As a white person myself, I can sympathize, but I haven’t had the experience a lot of people have had because of me growing up as a white Canadian,” he added.

“As a racialized woman, I really truly wanted solidarity with fellow Canadians who have felt isolated and alienated by different levels of insensitivities,” said Jahangir.

She acknowledged the apology by the prime minister.

“I think it’s great that he has come out with an apology because clearly he has reflected on his behaviour and he recognized he may have hurt people,” said Jahangir.

"We should be moving forward," she added.

Sachan's campaign manager said the local candidate would not be answering questions on the incident and that a statement would be issued by the federal Conservative Party office later in the day.

Longfield said he heard about the photos from a constituent while at a coffee shop early Thursday.

“I told him these sorts of things hopefully create the dialogue that we have to have to say this is something we don’t support, condone or encourage,” said Longfield.

He wonders how the subject will come up during the local debates.

“Having two candidates that come from different backgrounds with different coloured skin than what we have seen in the past shows how we are progressing, and that’s the way we should be,” said Longfield.

Although Longfield said the discussion about the photographs and their effects is an important one to have, he all noted the release of the photos and the timing of it are politics as usual.

“My team brought me up to speed to what was going on. My first reaction is these are the sorts of things that happen during campaigns,” said Longfield. “It’s obvious why it happened when it happened — on a day we were talking about seniors and benefits to seniors.”

The reason these incidents have become a story, said Longfield, is because the photos of the prime minister in brownface and blackface makeup are contrary to what the party is doing to combat racism and to promote inclusiveness.

Longfield said he wants to have a discussion about racism, but he also wants to talk about the party’s plan for seniors and the 250,000 day care spaces they plan on creating.

“Racism and the effects of racism are very important for us to talk about,” said Longfield. “We have people who have come from all over the world to live in Guelph and they have to feel as respected and comfortable as people who have lived here for generations.”

He expects Conservative leader Andrew Scheer to prolong the conversation about the photos as long as he can to keep it in the news.

"We are in a political cycle and he will do his job to make sure that people are reacting in a way that benefits his party, but this shouldn’t be a partisan issue, this should be an issue of respecting people and apologizing for disrespecting people by imitating them by painting your face."

The release of the photos and the response to them also shows how far we have come since 2001, said Longfield.

"This wouldn’t have been a story in 2001," said Longfield. "It would be like, ‘yah, you were at a party.’ Now we are becoming more sensitive to what impact things like this have on people who deal with racism every day.”