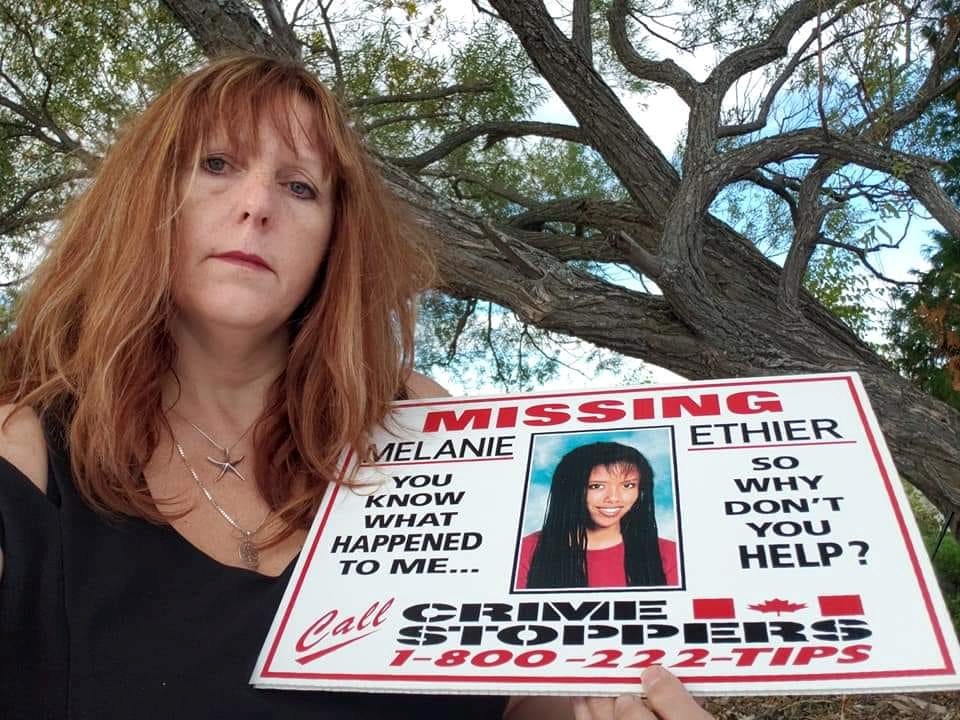 Celine Ethier is hoping the disappearance of her daugther Melanie can be solved with the public's help.

OPP have released three videos that look at unsolved homicide and missing person cases hoping a tip from the public might help solve the mysteries.

Find the videos at OPP News.

The series provides a behind-the-scenes look at the investigations.

One of the cases is Melanie Ethier.  It's been 23 years since the 15-year-old girl disappeared without a trace while walking home from a friend's house in New Liskeard, less than a kilometre away at approximately 2 a.m. on Sept. 29, 1996.  She was never seen or heard from again.

And: Do you know what happened to Melanie Ethier?

Her mother Celine is still hoping the crime can be solved.

"Please come forward ... I need your help !!!!!," she writes on the Facebook page called Let's Work Together to Find Melanie Ethier

There is a $50,000 reward for information leading to the arrest and conviction of the person or persons responsible for the disappearance of Melanie.

See the OPP video on Melanie.

The series focuses on two other cases:

Sonia Varaschin - The 42-year-old health care professional was brutally murdered in her home in Orangeville in 2010. Her body was found days later in a wooded area. After nine years, what do we know and where does the investigation stand?

Kathy Wilson - Kirkland Lake. A case is not closed until it is solved. Thirty-nine years later, the OPP gets a confession and the family gets peace. This video is a rare look at the evidence and techniques the OPP can now share including interviews with the family and the undercover officer who got close to the murderer, and finally the confession 39 years after the 12-year old's disappearance.

Anyone with any information that could assist in the Sonia Varaschin or Melanie Ethier investigations can contact Criminal Investigation Services, OPP at 1-888-310-1122 or Crime Stoppers at 1-800-222-8477 (tips).

Hearst priest charged in historic sexual assault has been removed from ministry
Feb 27, 2020 8:32 AM

Near North school board should be 'effective, transparent and accountable,' says gov't report
Feb 27, 2020 8:26 AM
Comments
We welcome your feedback and encourage you to share your thoughts on this story. We ask that you be respectful of others and their points of view, refrain from personal attacks and stay on topic. To learn about our commenting policies and how we moderate, please read our Community Guidelines.