Steep asphalt costs from private sector could drive council to consider building its own plant
Aug 10, 2016 8:15 AM By: Andrew Autio, freelance 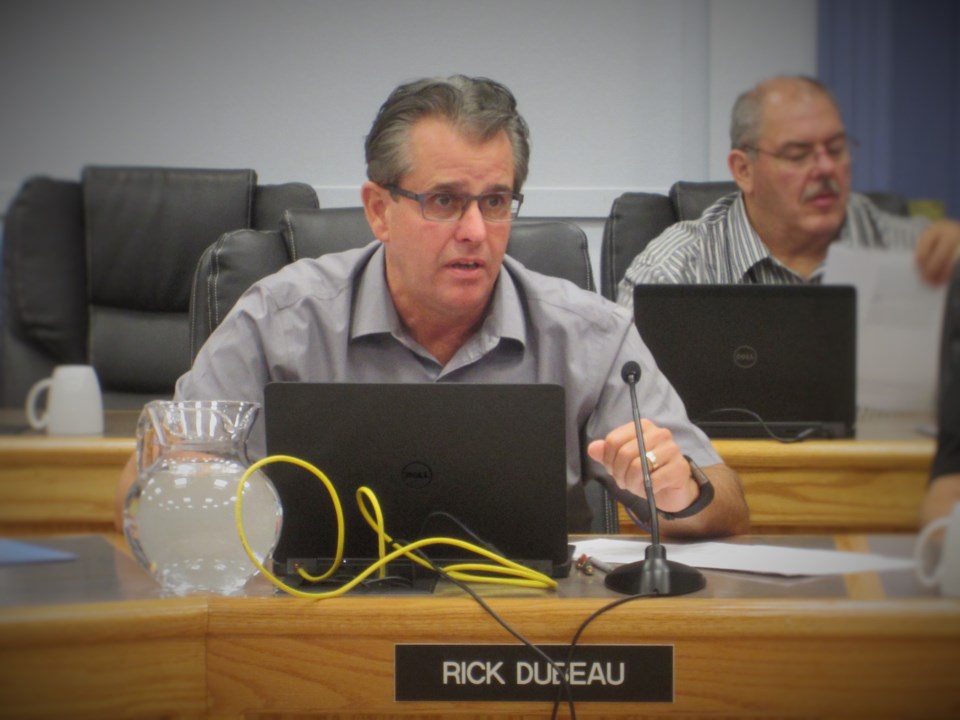 Councillor Rick Dubeau is fed up with the high costs the City of Timmins pays for asphalt. Andrew Autio for TimminsToday

A shortened distance of reconstruction in 'Phase 1' along the Connecting Link has frustrated some members of city council, and even led to musing about a city-owned asphalt plant.

In what was supposed to be the closing minutes of Monday evening's meeting, Councillor Rick Dubeau brought forth a motion to discuss what has happened on the stretch on Highway 101 East between the Bruce Avenue junction and Rae Hill.

"That doesn't make any sense. We're able to do just over half of what we approved," he added.

"The consultant said 'You don't have enough dollars to do that full length. We're recommending you reduce the scope to 1.4 kilometres to be able to fit within your $4.5 million dollar budget,'" said Mayor Steve Black to TimminsToday after the meeting.

Additional lighting along the stretch was a separate matter, and didn't directly contribute to the reduced length of reconstruction.

"Council decided to do that over and above, and decided we would find where the funds are going to come from, separate to what was already established in the project," said Black.

Miller Paving is the company awarded the tender, and some on council aren't happy with the price.

Dubeau says the city pays almost $200 dollars per tonne for its asphalt, whereas many other cities pay closer to $100 per tonne.

"We're paying almost double for our asphalt. That doesn't make any sense to me."

He said the situation is in some ways similar to the city's road maintenance budget which originally came in at '50 percent' over budget.

"We went back to the contractor and said 'Listen, you should be able to do something with your numbers here'. They have a monopoly," said Dubeau.

"Next year, you know what, we should be looking at other contractors to come in and bring in a portable asphalt plant, whatever it is, because paying this amount of money for our asphalt is ridiculous," he said.

Black said the option is 'out there'.

"If anyone wants to come do business with the City of Timmins and compete with the current people who are bidding on our workload, that's an option. Unfortunately, we have to work with the bids that do come in to do the project," he said.

Complicating matters is the fact the city was awarded the maximum $3 million dollars this year from provincial government through the Connecting Links Program. Black mentioned how the city had reached out to the MTO(Ministry of Transportation) to see if the city had the option of carrying-over its funding

"Their answer was no, if you don't spend it this year, it's gone, its not available under the 2017 Connecting Link program."

He also wanted to make it clear that Miller Paving didn't promise the full distance and are now altering their plans.

"The tenders and the bids that came in, came in based on a 1.4 kilometre length of road," said Black. 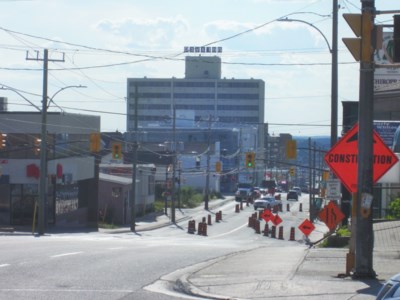 The staggering costs of paving in the city has some members of council shouting 'monopoly'. Andrew Autio for TimminsToday

Councillor Joe Campbell said after doing his own research, he discovered that most municipalities are paying between $96 and $104 dollars per tonne of asphalt.

"We're paying $200 dollars for a tonne of asphalt because of a monopoly with a company that we give other business to. It's time we address this, said Campbell.

Councillor Noella Rinaldo said she sometimes thinks some of her fellow Councillors 'are at other meetings' due to a perceived lack of cognizance.

"You want lights? You want paved shoulders? We've got to cut it down. I sometimes sit here and I'm going 'What meeting are they at?' We sat here and made the decision. I get frustrated when we make a decision, and then we don't even stand behind the decision that we made" said Rinaldo,

Then, Black came back with a hypothetical idea, that some around the chambers seemed to like.

"If council wants to take some initiative, table a resolution to look at the costing of building our own asphalt plant and operating it on municipal roads, and see what that does," said Black, adding that he also hopes the city gets lower prices in the future.

Currently there is only one asphalt plant in the city of Timmins.

The city's website stated that work was to get underway on Monday on Phase 1.

Then & Now: Sudbury’s (failed) 1974 experiment with a pedestrian mall
0