President-elect Donald Trump will spend more time basking in the adulation of the position and leave all the decision-making to others, says political scientist Dr. Laure Paquette.
Nov 10, 2016 7:58 AM By: Leith Dunick 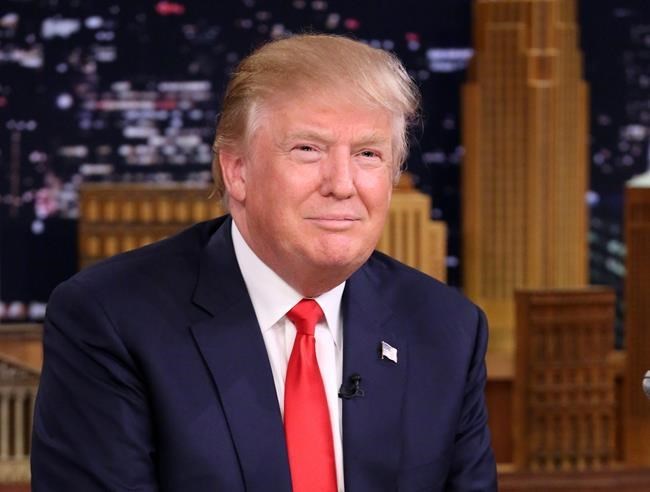 Donald Trump has been elected the 45th president of the United States (Associated Press),

THUNDER BAY -- Donald Trump is likely to be no more than a figurehead president, says a Lakehead University political science professor.

Thus who he picks for his cabinet bears close scrutiny, said Laure Paquette Wednesdsay, adding it is they who will make all the tough decisions and get deals done with Congress.

Trump, who swept into power on Tuesday night on the backs of disaffected middle class voters, isn’t the negotiator he claims to be and will spend his presidency basking in the glow of the position and the adulation of his base, Paquette said.

“He’s going to leave all the decision making to other people,” she said, reached by phone at her university office.

It’s the checks and balances built into the United States Constitution that will hinder Trump in his ability to implement some of his more radical proposals made during the most bombastic campaign in American history.

That said, he will have no trouble wiping much of President Barack Obama’s legacy off the table, starting with the repeal the Affordable Care Act.

Paquette surmised Roe vs. Wade, the Supreme Court decision that legalized abortion in the 1970s, will also be overturned once Trump appoints a conservative justice to fill the vacancy on the court.

But Trump won’t have carte blanche to shape policy in his trademark off-the-cuff manner.

“Once I started thinking about it and realized how weak he was going to be and how little he’s going to be able to get done, because in the end he’s got to negotiate himself with Congress and with the Senate, I started to be more reassured,” Paquette said.

“He can’t sign a treaty without Senate approval. Most people don’t realize how weak the U.S. president actually is as a position. It’s much weaker than the prime minister, although the country is much more important than Canada.”

For instance, Trump could start a war, but after 60 days must get the approval of Congress to continue funding the battle.

On his ascendency to the presidency, Trump battled high-ranking members of both legislative bodies.

The impact on Canada is less clear, she said.

Throughout the campaign Trump threatened he was going to tear up trade deals, including the North American Free Trade Agreement.

Pay attention to whom he picks as his trade representative, Paquette said. That’s who will negotiate those type of deals, she added, noting Trump didn’t really mention Canada during while on the campaign trail, instead focusing on Mexico.

At stake locally could be what’s left of the lumber industry, which could be further hurt under a more protectionist system.

Then again, it might not have mattered who was elected, said former Green Party MP Bruce Hyer.

“Both the Democrats and the Republicans sent clear signals this could happen. But we have no control over that. I’ve always thought we should be diversifying our markets to the east and to Europe and I think that continues to be the way to go,” said Hyer, who did not want to weigh in on NAFTA’s future.