The 64-year-old homeowner and a tenant living in the basement both perished in the early morning blaze
0
Mar 9, 2020 9:28 AM By: Kris Svela 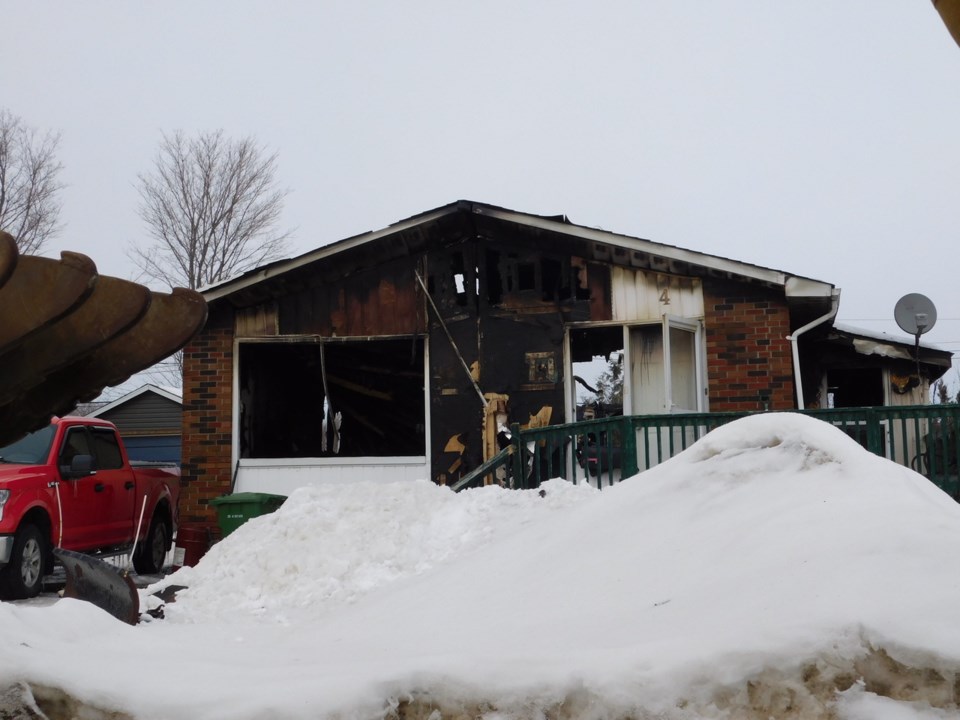 There was little left of a home at 4 Hart Road following a fire early Saturday morning. Kris Svela for ElliotLakeToday

One of two victims in an early morning house fire at 4 Hart Road has been tentatively identified as 64-year-old Ronald Dumas.

His sister Joanna Moggy confirmed today that it was her brother who died in the blaze.

The other victim, also not confirmed by the Elliot Lake Fire Department, was a female tenant renting a basement apartment in the home Dumas has owned for about six years.

In a press release from the fire department Saturday morning, chief John Thomas said firefighters were called to the scene at around 5:14 a.m. Saturday.

"The residence was fully involved when the fire department crew arrived on scene,” the release stated. “Due to extreme fire conditions, crews were unable to gain entry.”

Moggy said she was alerted to the fire by a friend and quickly drove to the home to find it engulfed in flames.

“The house was in flames,” a distraught Moggy told Elliot Lake Today in a telephone call. “We arrived at the scene and my brother’s car was there.”

She said the tenant was being helped by Dumas and living in the basement because “she was struggling financially.”

Moggy said her brother’s body was removed from the remains of the home this morning and taken to Sudbury for a post-mortem and official identification.

The Ontario Fire Marshall’s office has been on scene assisting in the investigation.

The local fire department has yet to release the names and is expected to issue an update Monday.

The identity of the victims have not yet been confirmed and both have been taken to Sudbury for post mortems.

The fire originated in the basement northeast corner of the residence.

The cause of the fire is still under investigation. Ontario Provincial Police are protecting the fire scene.

About the Author: Kris Svela

Kris Svela has worked in community newspapers for the past 36 years covering politics, human interest, courts, municipal councils, and the wide range of other topics of community interest
Read more