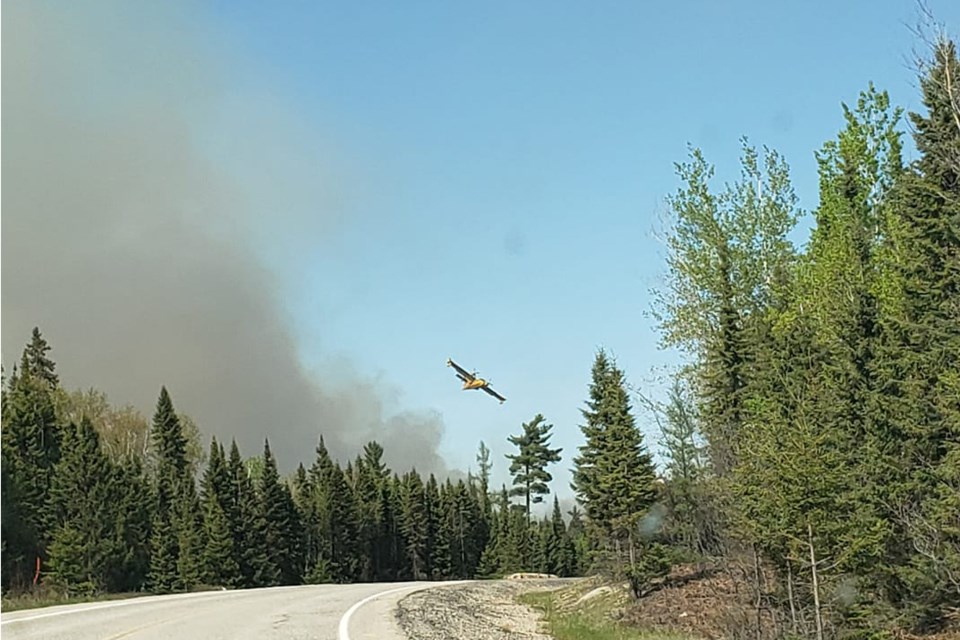 Coral Ethier shared this photo on the TimminsToday Facebook page of the smoke from the Timmins 2 fire near Gogama.

Waterbombers were used on a forest fire near Gogama yesterday.

According to the Ministry of Natural Resources and Forestry, as of late yesterday afternoon the Timmins 2 fire located about six kilometres west of Gogama near Little Wizard Lake was not under control. It started in the evening of June 6, and by yesterday was 150 hectares in size.

While there were no new fires reported yesterday, there are four active forest fires in the region.

In the MNRF's regional fire update, it reports that the forest fire hazard is predominantly high in the Wawa, Timmins and Chapleau sectors.

"Sudbury, North Bay and Haliburton sectors range from low to moderate hazard conditions in the south to high hazard in northern portions. Cochrane sector features a low to moderate fire hazard," it reads.

Driver behaviour under investigation after truck crashes into Porcupine Mall
0

PPE and physical distancing: Post-secondary will look different when fall rolls around
0

Backcountry camping is open once again at Ontario Parks
0