Over 90 per cent of Canadian doctors see pharmaceutical sales representatives
Dec 2, 2020 9:25 AM By: The Conversation 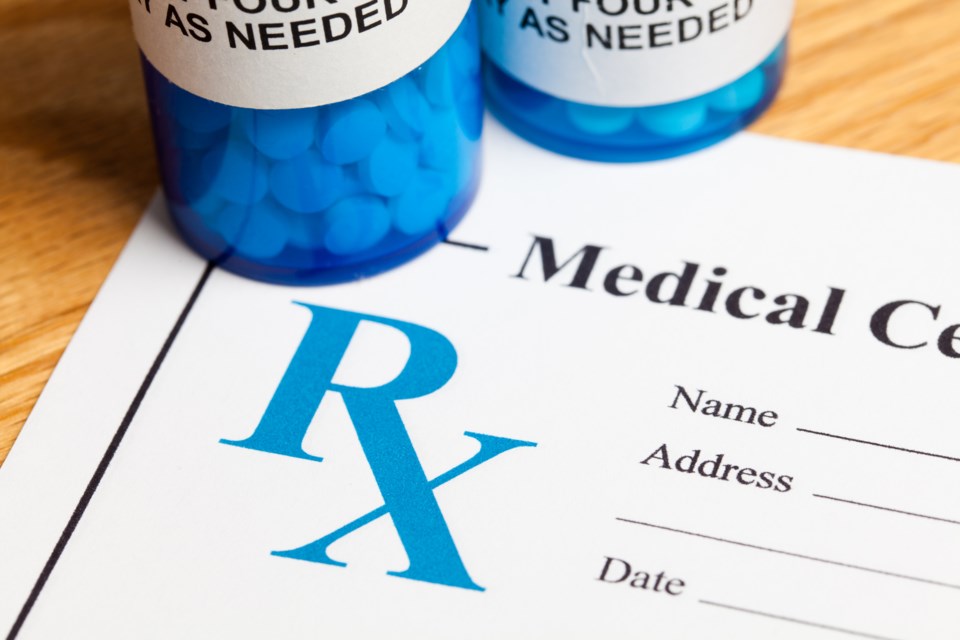 More than 90 per cent of Canadian physicians see pharmaceutical sales representatives, the men and women paid by drug companies to go from office to office promoting their companies’ wares.

There is almost no evidence that such interactions improve patient care: Needed safety information on medicines is rarely provided and, most of the time, the result is that doctors prescribe more frequently, more expensively and less appropriately.

In a 2015 survey of 1,000 Canadian doctors, almost half said that they were retained by a pharmaceutical company in some capacity at some point in their career. Most agreed with the statement, “I would not be able to serve my patients as well without the information provided to me by the pharmaceutical companies I have professional relationships with.”

The CMA first issued its guidelines in August 1991 at its annual meeting, where they were passed unanimously. At the time, CMA officials hailed the rules as more far-reaching and specific than any similar code in the world. Dr. Robert Woollard, chair of the committee that drew up the guidelines, said:

“We were in danger of drifting into a variety of unacceptable practices which might have meant a danger to the profession.…These guidelines provide all physicians in Canada with a very clear expression of what their peers think should be the relationship between physicians and pharmaceutical companies.”

Since then, the guidelines have been periodically revised. The current version has some strong points but also significant weaknesses. The guidelines are clear that when physicians submit articles to medical journals, they “must state any relationship they have to companies providing funding for the studies or that make the products that are the subject of the study whether or not the journals require such disclosure.”

But on the other hand, there are only two short paragraphs dealing with medical students and doctors in training, and almost nothing about “ghostwriting.” The latter is the practice whereby companies contract out writing up medical journal articles to professional writers who craft a message favourable to the company. The company then finds prominent researchers or doctors who are willing to appear as “authors,” sometimes having made little or no contribution to the contents.

Now is the time for the CMA to substantially strengthen its guidelines. To begin, the preamble needs to acknowledge that there are structural issues in the organization of medical practice and research that must be addressed through political channels. For example, one of the main reasons that doctors feel the need to give out samples is because Canada does not have a universal pharmacare program that would eliminate out-of-pocket costs. Another issue is that granting agencies often require researchers also secure matching funding from private for-profit sources.

When guidelines begin with a tacit acceptance that physicians have extensive relationships with industry, they can normalize the presence of industry in medicine, as well as the resulting conflicts of interest.

In a study of medical students, Australian researchers comment that professional codes of ethics “normalize certain behaviours and activities and inoculate the profession against loss of public trust and protect against more drastic interventions such as external review or regulation.”

Codes are central to the illusion that the incompatibility between public service and conflict of interest has been resolved. To counter such impressions, CMA’s guidelines must be framed with a strong acknowledgement that interactions with industry affect prescribing habits, and that physicians may not be aware that their prescribing is affected.

Doctors’ beliefs that their prescribing is unaffected by small gifts of food and drink has been put to rest. Research on payments to hundreds of thousands of doctors and their subsequent prescribing choices, made possible by the U.S. Sunshine Act, showed that even a meal with a value of less than $20 affects prescribing in favour of the company supplying the meal.

Doctors will often agree that their colleagues may be affected but rarely acknowledge their own vulnerability. This vulnerability arises from the gift relationship. Doctors subconsciously feel obligated to repay the gifts they receive from companies. Think seasonal greeting cards: If you got a card this year from someone you didn’t send one to, that person is likely to be at the top of your list for next year.

Medical students and residents are particularly vulnerable and the guidelines need to deal with their situation. They can feel coerced by their superiors into interacting with industry even when they feel ethically uncomfortable about doing so.

The guidelines should make it clear that physicians cannot require medical students or residents to attend any function sponsored by a pharmaceutical company. Further, if these types of activities occur, there must be avenues for students to confidentially report them with protection against reprisals.

The current version of the guidelines frequently uses the word “should” and this needs to be replaced with “must” to emphasize that there is a clear ethical imperative on the part of physicians to always put the interests of patients first. For example, the current version of the guidelines only says that “physicians should not accept personal gifts of any significant monetary or other value from industry.”

As we’ve noted above, these guidelines need to clearly state the types of interactions with industry that can and must be avoided in the interest of best patient care. But another fundamental problem is that they are voluntary. And the CMA should do much more to publicize the organization’s commitment to the principles behind them.

Dr. Woollard, the guiding force behind the guidelines, recognized this weakness.

“The greatest disappointment of the Canadian Medical Association process has been the lack of effective implementation at the level at which physicians work and interact with the pharmaceutical and health care supply industries.”

The only hope the guidelines have of being effective is for the CMA to show the necessary leadership to make this issue an ongoing priority.