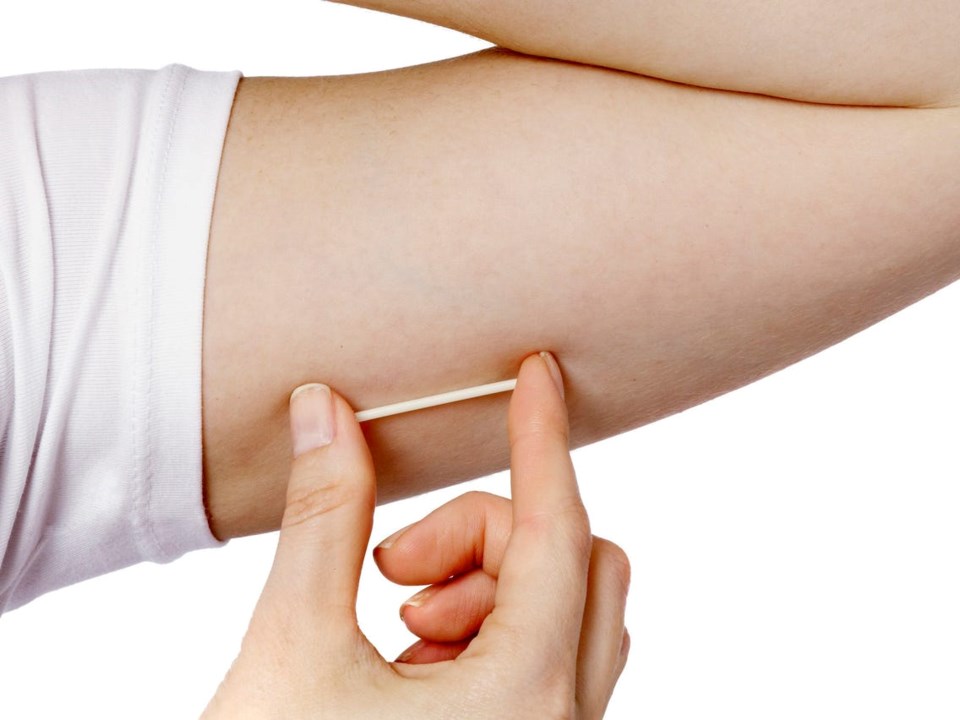 The device, which is medically inserted into a woman's upper arm, provides contraception for up to three years at a time.

The approval of the device is regarded as an important contribution to the contraceptive landscape according to Dr. Ashley Waddington, Family Planning specialist in the Department of Obstetrics and Gynecology at Queen's University.

"Access to this reversible contraceptive method is good news for those who cannot take contraceptives containing estrogen due to medical conditions or patient preference, or for whom intrauterine devices are contraindicated or not desired. More contraceptive options allow for more patient choice and ensures Canadians can achieve their family planning goals," she said.

Approximately the size of a matchstick, the implant is a small, soft and flexible plastic rod that is inserted by a healthcare professional just below the skin on the inner side of a patient's upper arm, said a company news release. When inserted correctly, NEXPLANON was shown to be effective, with less than one pregnancy per 100 patients who used the birth control implant for one year, said the company.

The arm implant contains etonogestrel, a hormone that is continuously released in small amounts into the blood, said the company. This prevents pregnancy in two ways: by stopping the release of egg cells from the ovaries and by causing changes in the cervical mucus to make it difficult for sperm to enter the uterus.

Merck said the device is approved for pregnancy prevention for up to three years. By the end of the third year, the implant must be removed and may be replaced with a new implant, if continued contraceptive protection is desired.

CANADA: Study highlights 'shocking' use of physical restraint on children with disabilities in schools
Jan 17, 2021 9:25 AM