$19.5 million allocated to the charity to cover admin costs, including $5 million for non-profits to create volunteer positions
Jun 27, 2020 4:00 PM By: Canadian Press 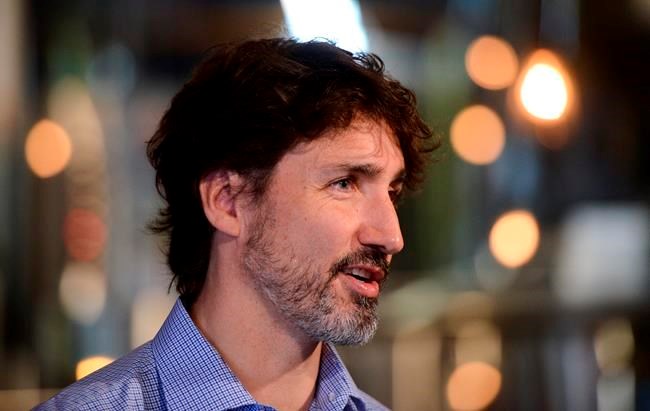 OTTAWA — Justin Trudeau defended Friday employing WE Charity to administer a $900-million federal student aid program, despite the group's ties to the prime minister and his wife.

Trudeau said the decision to use WE was made by the non-partisan public service, not by him.

WE will administer the Canada Student Service Grant that provides eligible students with up to $5,000 for volunteer work with non-profit organizations helping to cushion the impact of the COVID-19 pandemic.

The government said Friday it has allocated $19.5 million to cover administrative costs. Of that amount, $5 million is for non-profits to provide volunteer jobs for students, including $300,000 for accessibility supports.

The program is supposed to place up to 20,000 students in volunteer positions between now and October, and will only count hours accumulated during that time, leaving out anything done since the pandemic started. The grants will range from $1,000 to $5,000, depending on the amount of time spent on volunteer work.

The decision to go with WE raised conflict-of-interest concerns for Trudeau and some negative reactions on Twitter from some corners of the charities sector.

Trudeau said delivery of the grant program demanded an organization able to reach the tens of thousands of students the government hopes to help with the program.

"As the public service dug into it, they came back with only one organization that was capable of networking and organizing and delivering this program on the scale that we needed it, and that was the WE program," he said at press conference in the Ottawa suburb of Kanata.

Speaking to The Canadian Press on Thursday, Youth Minister Bardish Chagger said it's not unusual for the government to outsource such work, noting the United Way is tasked with dispersing emergency COVID-19 grants to non-profits and charities.

"WE Charity demonstrated to have the capacity to deliver this program and that's why it was recommended by the department," Chagger said.

WE directed questions to the government.

The department that signed the deal, Employment an Social Development Canada, said the government has set the "high-level funding parameters" for the program,  "including the objectives, desired outcomes, eligible expenditures, and performance measurement." But it said WE is "not acting on the government's behalf," nor will  Ottawa "direct or dictate" how WE carries out their project.

"The COVID crisis shouldn't be used to privatize public jobs to groups who hang with the Trudeaus," he tweeted.

Trudeau said there's no conflict of interest, since the WE organization, founded by brothers Craig and Marc Kielburger, isn't making a profit on the work and neither he nor his wife is paid for anything they do with the group.

The grant program is part of a $9-billion student-support package aimed to cushion the economic impact of the pandemic on young people that also includes money for thousands more summer-job placements and internships.

Direct federal spending on emergency aid measures now stands at $174 billion, the government announced Friday, driven by a jump in the estimated cost of the Canada Emergency Response Benefit to $80 billion — up from the previously revised $60 billion and more than double the original $35-billion estimate, as demand rises and recipients get ready to receive eight extra weeks of payments.

Statistics Canada's latest jobs report showed that returning post-secondary students, aged 20 to 24, had a record-high unemployment rate in May of 42.1 per cent, and about one-third had seen summer placements disappear because of COVID-19.

Data released Friday by the agency also found that youths in the so-called internet generation were the most likely to formally volunteer. They contributed on average 82 unpaid hours to charities in 2018 and had a volunteer rate of 52 per cent.

As the government designed the grant program, volunteer and charitable groups urged it to not link the number of volunteer hours to the amount paid out.

The Liberals were also told they needed to temper public expectations about opportunities that aren't as available as they were pre-pandemic, and not to create a new online platform for volunteer opportunities since one already existed.

"Whoever came up with this idea, I'm going to guess that it was good intentions. In other words, this sounded like a win-win," said Paula Speevak, Volunteer Canada's chief executive.

Ian Bingeman, executive director of Youth Ottawa, said the design of the program could narrow who is able to volunteer the maximum time to get the maximum payment to those who are already relatively financially well-off.

The money, he added, would be better spent on those "who do need more opportunities, but by the same token have way better experiences and perspectives on problems that community organizations are setting out to solve."

— with files from Joan Bryden

Ontario won't close provincial beaches amid overcrowding concerns
Jul 5, 2020 10:00 AM
Comments
We welcome your feedback and encourage you to share your thoughts. We ask that you be respectful of others and their points of view, refrain from personal attacks and stay on topic. To learn about our commenting policies and how we moderate, please read our Community Guidelines.