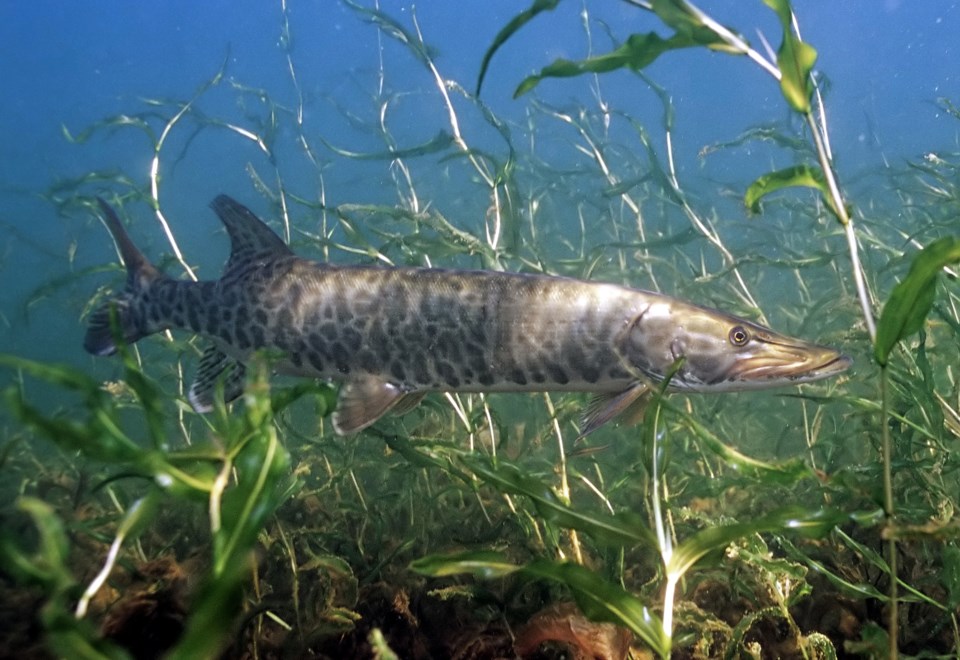 WINNIPEG — A Winnipeg woman is recovering after being attacked by a Muskie while swimming with her family at a fishing resort.

The attack happened on July 25 at the North Star Village, in Minaki, Ont., north of Kenora.

Kim and Terry Driver, seasonal regulars and experienced anglers, went for a swim to cool off.

Kim Driver says she was standing in water up to her chest when she felt a sharp pain in her leg, and when she looked down she saw what looked like an alligator head.

A muskellunge, or Muskie, more than one metre long, had grabbed hold of her calf.

She says when she was hauled out of the water, blood was pouring out the back of her leg.

"Once it bit me it started flailing me through the water and then took me under," she said.

"I started kicking, and I guess obviously punching it, because I have cuts on my hands, and then it let go and I came back up screaming that I needed help – something had bit me."

Terry Driver said rescuers threw a towel over her head so she wouldn't see the extent of the wound.

Kim Driver said she now requires plastic surgery to repair her calf – a process that will take more than six weeks.

But the attack has left more than just physical scars on her leg. Kim said she is emotionally scarred from the attack.

"I can't sleep at night," she said. "I have horrible nightmares and I wake up in a sweat and screaming – it was scary."

According to the Canadian Encyclopedia, the muskellunge is the largest member of the pike family and is one of the most prized fishes by anglers.

It says although some fish exceeding 1.8 metres and 45 kilograms were once known, most modern specimens are much smaller. (CTV Winnipeg, The Canadian Press)

This report by The Canadian Press was first published July 30, 2020.