The Birdman: This has been a great winter for spotting snowy owls

Our resident bird expert, Chris Blomme, gives us a lesson on these magnificent Arctic visitor
Feb 27, 2018 3:04 PM By: Chris Blomme 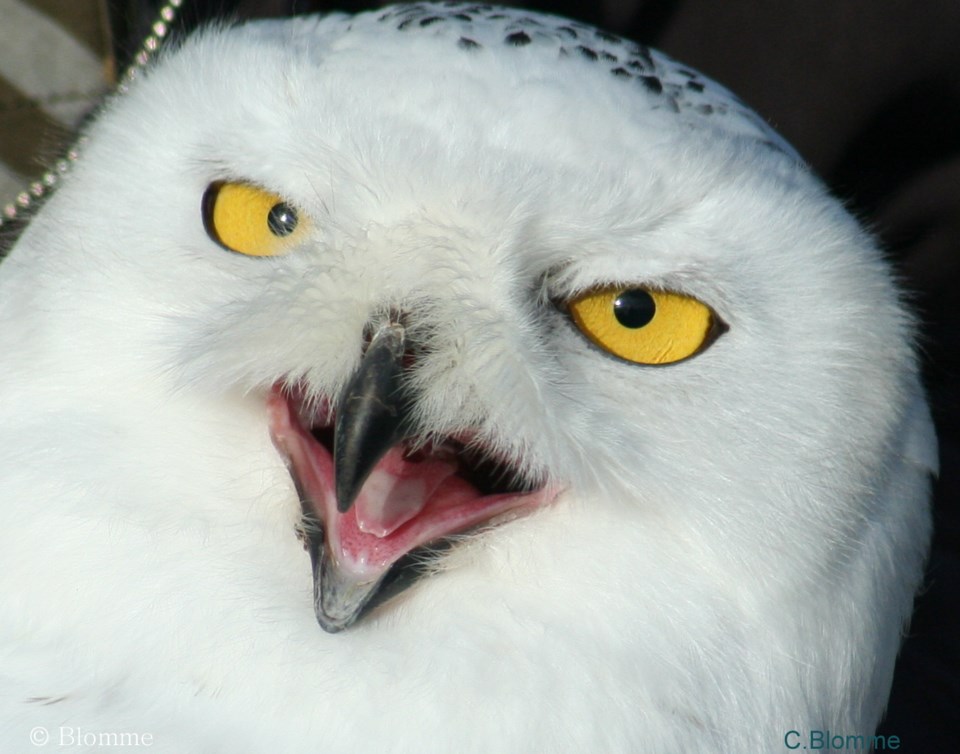 Sudbury.com’s resident bird expert, Chris Blomme, gives us a lesson on snowy owls. This winter has been great for spotting these magnificent Arctic visitors. (Chris Blomme)

It is the day before Valentine’s Day and my mind is on what an important surprise is in store for a recipient tomorrow as I drive my usual route home.

I decided to make a quick stop at the bridge between Robinson and Kelly Lakes as there are a couple of avian stragglers that are actually spending much of the month near this small patch of open water. The distant hill that we describe as a “mountain” in these here parts has an exposed, wind swept top that is often used as a look out for the larger birds in the area.

Suddenly, just below the peak, I see a common raven six feet off the ground diving then rising in the breeze, then diving again. It is doing this repeatedly at a single spot. This usually means there is a species to species interaction going on. A fancy way of saying “someone” has discovered “someone.”

A closer look at the ground and I see what all the fuss is about. Atop a semi-white blanket of snowy ground, among the black stones, is a bump of pepper-like colouration standing upright and motionless. Like the stones, it barely moves as the raven makes another lunge, trying to force the “bump” into the air. The “bump” is a large immature snowy owl, heavily spotted, hence the pepper-like pattern.

This time, the bird on the ground will have none of the raven’s shenaningans. It stays motionless, just barely moving its head as the raven lunges. Finally, the raven gives up and coasts west along the ridge, in pursuit of other matters. The fable expression, “Those grapes were probably sour anyways!” comes to mind.

Earlier this month John, a local birder and photographer, had a similar experience near Garson. He describes two common ravens lunging at something and as he focusses in on the raven’s behaviour he sees a snowy owl as the object of their discontent.

This bird was on a telephone pole, but quickly moved to the ground. The snowy owl is all but invisible on the snowy Sudbury slopes until it moves. Ravens will try and get them to fly when they then become more easy to harass and chase off. The owls will often land on the ground in a protective spot and almost ignore the ravens unless they are very weak from hunger.

For an owl in a weakened condition, the ravens can get more aggressive. In February 2014, there was a local newspaper report of two police officers saving a snowy owl in Sudbury from just such an encounter. The bird was transported to Wild at Heart in Lively for some careful nurturing and a hopeful, healthy, release.

This year has been particularly rewarding for local snowy owl observations. Several birds have been observed in the area over the past two months. They feed on small mammals such as meadow voles, but can also capture snowshoe hare and wild birds up to waterfowl size. Snowy owls are often seen hunting along ice edges bordering patches of open water.

Adult male birds can be almost all white, whereas the larger females (they carry the eggs) and immature birds can be white with a lot of dark brown to black speckling. Eyes are a dramatic yellow colour with dark pupils.

Birds can be seen hunting during the day so it is this behaviour that allows the casual observer to get a first hand impression, rarely forgotten, of this magnificent Arctic visitor.

Chris Blomme is an executive member of the Sudbury Ornithological Society and works with animals at Laurentian University. Have a question for Chris? Send it to editor@sudbury.com.