We’re using the final edition of Hockey’n’History to highlight the achievements of a northern political pioneer
Jan 5, 2017 3:00 PM By: Mike Commito 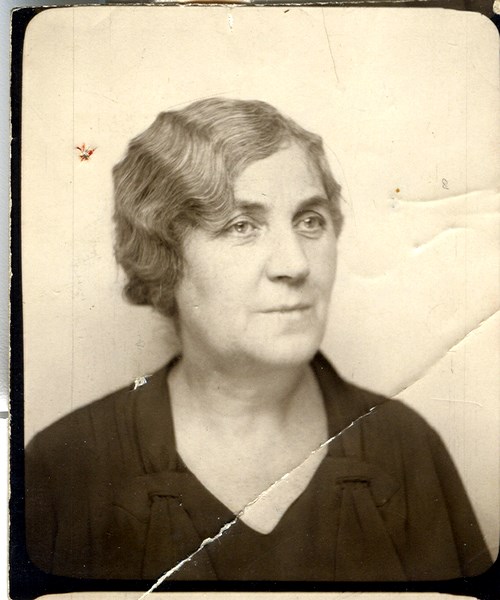 This it, my friends. This will be the final edition of my column, Hockey ‘n’ History. It’s been a pleasure bringing you my Frankenstein of Canadian history and NHL hockey. However, it seems as though this monster wasn’t quite ready for the outside world.

I appreciate everyone who has been reading since 2015 and I wanted to thank Sudbury.com editor Mark Gentili for taking the chance on this weird little experiment of mine.

While it didn’t generate the interest we had hoped for, you can’t say we didn’t try. We’ve highlighted 26 moments in Canadian history and used that as entry points to preview 98 NHL matchups.

Along the way, our topics have ranged from Japanese-Canadian internment to celebrating the arrival of Canada’s two-millionth immigrant to two dozen other moments of historical import.

So, without further ado …

This week in Canadian history, Barbara Hanley was elected mayor of Webbwood, Ont., (yup, the small community near Espanola, on Jan. 6, 1936, making her the first female mayor in Canada.

Hanley first arrived in the small town 70 km west of Sudbury as a teacher in 1908. After nearly three decades as an educator, she got into politics when she witnessed firsthand the impact the Great Depression was having on her community.

She hoped that by getting into public office, she could use her position to secure better public works and relief payments for Webbwood. In 1935, she became the town’s first female councillor, and a year later she ran for mayor. In a close but decisive campaign, Hanley defeated her opponent Robert Streich by 13 votes.

Her electoral victory was big news and newspapers around the world picked up the story.

Tonight’s game represents a first for Connor McDavid. This will be the first time he suits up against the Bruins. The only other NHL team that he’s yet to face are the Panthers, and he’ll do that later this month when Edmonton host Florida.

With the way McDavid has been single-handedly dragging his team into the playoffs, you almost forgot that he’s only on the cusp of his 20th birthday. The superstar sophomore is currently tied for the league lead in points this season, boasting 91 career points in 84 games.

He’s a frontrunner for the Art Ross and even if the Oilers fall out of the postseason picture, McDavid’s performance should merit serious Hart Trophy consideration even though a playoff berth is usually a prerequisite for this award.

*Technically I was supposed to stop here as our mandate has always been to only focus on games involving Canadian teams, but since this is the final entry, might as well go out with a bang…

Looking into our crystal ball, tonight’s goaltending matchup could be a window into the future for these franchises.

In Nashville, 21-year-old Juuse Saros has looked brilliant in limited action this season. He’s coming off his first career shutout and with the Predators beginning back-to-back contests, Saros should get the nod tonight against the Lightning or tomorrow against the Panthers.

If his play continues, Saros could force Head Coach Peter Laviolette to start ceding him more crease time as Pekka Rinne has been all but average this season.

In the other net, Andrei Vasilevskiy has upped his starting duties this year with Ben Bishop currently on the shelf with a lower body injury. The young Russian already seems to be the heir apparent in Tampa Bay. He’s signed a three-year contract extension and with the NHL Expansion Draft looming, it’s likely the Lightning will look to move Bishop, who is an impending unrestricted free agent in July.

But before there was Juuse or Andrei, the Lightning made history with Manon. On Sept. 23, 1992, Manon Rhéaume played the first period of Tampa Bay’s exhibition contest against St. Louis, becoming the first woman to play in an NHL game.

Although some criticized general manager Phil Esposito for orchestrating the move as a publicity stunt, Rhéaume was the real deal. Prior to making her Lightning debut, she backstopped Canada to a gold medal at the IIHF Women’s World Hockey Championship in 1992, and would repeat the accomplishment again two years later.

After her brief NHL stint, Rhéaume also became the first woman to play in the International Hockey League. Then, in 1998, she was part of history again when she helped Canada win silver at the Nagano Winter Games, securing the country’s first Olympic medal in ice hockey.

The Detroit Red Wings have some interesting women’s history of their own. In 1954, team president Marguerite Norris became the first woman to have her name engraved on the Stanley Cup after the Red Wings won the championship that year. Her name was added again the following season when the team repeated the feat.

There are certainly no Stanley Cup aspirations in Detroit at the moment. The Red Wings have a 25-year playoff streak on the line, and now it finally looks like it may come to an end.

Although they are still within sniffing distance of a divisional or wild card seed, it doesn’t look promising. While Wings fans might tell you it’s better to back into the playoffs than not make them at all, that might be missing the forest for the trees. With the team struggling again this year, missing the postseason might be what’s need to do a proper post-mortem in order to rebuild the club.

Not to be outdone by Webbwood, Tampa Bay, Detroit, San Jose had a female pioneer of its own.

In 1992, the Sharks hired Deborah Wright as a part-time scout, making her the first woman to scout for an NHL team. Three years later in a similar vein, one of their California rivals, the Ducks, hired Angela Gorgone as the club’s scouting co-ordinator. She performed admirably in that position and rose to the rank of assistant to the general manager during her time in Anaheim.

The NHL has never had a female GM, but Sudbury Wolves video coach, Rachel Doerrie, hopes to change that. In a piece for the Bloggers Tribune last month, she outlined how she hopes her passion for hockey will lead to a career in the industry and allow her to realize a dream: to become the first female general manager of an NHL franchise. I think I speak for everyone when I say that I hope she makes that happen.

But in the meantime, there’s still a final game for us to scout. Minnesota has looked impressive at times this season and they’re just coming off a franchise-record setting 12-game winning streak, but historically they have not fared well in San Jose. They are 2-8 in their last 10 trips to the shark tank, so don’t expect that trend to change tonight.

Hanley ended up serving eight consecutive terms as mayor of Webbwood before she retired in 1944.

Although she was no longer active in municipal politics, Hanley continued to be a steadfast public advocate. When the Sudbury District Home for the Aged was established in 1946, Hanley was appointed to its committee as she had been lobbying for a facility in the area for many years. Her hard work, in conjunction with the committee, paid off in 1953 when Pioneer Manor opened its doors in Sudbury.

Hanley passed away in the Nickel City in 1959, but she leaves an important legacy. She was a trailblazer and paved the way for other Canadian women to carve out a place in politics.

Although she was the country’s lone female mayor for quite some time, others quickly followed. By 1951, Ontario could boast that it had four female mayors in power in cities that included Barrie (Marjorie Hamilton), Leamington (Grace B. McFarland), Woodstock (Bernadette Smith), and Ottawa (Charlotte Whitton).

There have been many women who have followed in Barbara Hanley’s footsteps, but she will always be the first.

Two Minutes for Delay of Game

Heading into tonight’s contests my all-time record is 48-47, and with three games in the bank this evening, I can only hope that as we wrap up Hockey ‘n’ History, my final prognostications put me on the right side of .500.

If you haven’t got your hockey and Canadian history fix just yet, follow me on Twitter @mikecommito. Every day I showcase notable moments in hockey history, and that’s the best place to find the links to my other hockey writing.

Next week, I resume teaching at Laurentian University, so you can also be sure that my timeline will be filled up again with Canadian history as I increasingly wire my brain for that subject this semester.

Thanks again for following along!

Mike Commito is a Canadian historian by day and avid hockey fan at all times.  Follow him on twitter @mikecommito.