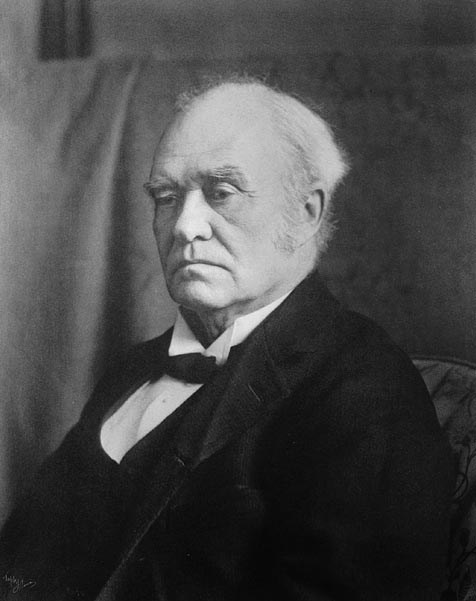 Sir John Abbott served as Canada’s prime minister for fewer than two years, being the first in a line of Conservative Prime Ministers between 1891 and 1896. Supplied photo

On this day in Canadian history, in 1892, Prime Minister John Abbott submitted his letter of resignation due to failing health.

You’re probably asking yourself: Who is Sir John Abbott? There’s no need to feel self-conscious, odds are most of you reading this don’t have much of a clue as to who Canada’s third prime minister was, and for good reason.

Abbott assumed office following John A. Macdonald’s death on June 6, 1891. His predecessor had reigned nearly uninterrupted for almost a quarter century, save for a five-year period from 1873-78 when Macdonald was forced to resign following the Pacific Scandal.

When Abbott became prime minister, the Conservative party was in disarray and the country was facing an economic downturn. The reason you probably don’t know who John Abbott was is because he was the first in a revolving door of Conservative leaders from 1891-96.

The Hurricanes have already beaten the Canadiens this year, but that was in Raleigh. Tonight’s matchup is in Montreal, so that’s a whole other story. Dating back to April 1, 2013, the Canadiens have won six straight games against the Hurricanes at the Bell Centre. You’d have to go back nearly five years to February 13, 2012, for Carolina’s last victory in Montreal.

That game turned out to be one of those rare off nights for Carey Price. But since then he’s 4-0 against the Hurricanes in his home arena and has put up a mind boggling cumulative .982 SV% in those games. Price, by the way, is 11-0-1 this season and currently boasts an incredible .964 SV% at even-strength. So, good luck tonight Carolina, you’ll need it.

Tonight marks the first of five meetings between the Bruins and Senators this season. Boston is 5-4-1 in their last ten trips Ottawa. But if you look at their five most recent games in this series of encounters, the edge unquestionably belongs to the Senators. When facing the Bruins at home they are 4-1-0 dating back to December 28, 2013.

Even in their last loss to the Bruins at home, March 10, 2015, you could make the case that Ottawa should’ve won that game. They limited their opponents to 22 shots that night but just couldn’t solve Tuukka Rask, who turned away 39 of the 40 shots he faced that game. The Senators may have the advantage in their recent historical matchups, but the Bruins are starting to look a serious threat in the Atlantic. They are currently 9-3-0 this month and are just coming off of a five-game winning streak.

While Abbott’s term as prime minister was brief, less than two years, it was noteworthy for a number of reasons. He was born in Lower Canada in 1821, which made him the first politician from Quebec to become prime minister.

In his younger days in Montreal, Abbott was a member of the Annexation Association, a group that was dedicated to promoting a union between Canada and the United States. The majority of its members were from the wealthy English-speaking business community and were disappointed with Britain ending its preferential trading agreements with Canada. They had even went as far as writing a manifesto to espouse their position, but the association was short-lived.

When Canada and the United States signed a reciprocity agreement in 1854, thereby more economically aligning the two countries, the need for the association vanished, and there’s no doubt that Abbott was quick to bury his involvement.

But Abbott’s time in office was also notable because he was first figure in Canadian history to serve as prime minister while not occupying a seat in the House of Commons. That’s right. When Abbott succeeded Macdonald, he was an appointed member of the Senate and was therefore never elected by the public to hold the country’s highest office.

Nevertheless, despite some of notable firsts for Abbott, he assumed office in Macdonald’s shadow and was followed by four other Prime Ministers in quick succession, which makes him rather forgettable.

In many ways, Canada’s Conservative party in the 1890s bares a fitting resemblance to the Ottawa Senators. Both organizations were often in disarray and lacked clear distraction. Moreover, both groups failed to appoint long-term leaders, instead going through a carousel of candidates.

In 1896, Charles Tupper became the fourth Conservative leader and prime minister in five years. Similarly, the Senators are on their fifth coach since 2008-09.

Hopefully the Senators do better tonight in Ottawa than Abbott.

Mike Commito is a Canadian historian by day and avid hockey fan at all times. Follow him on twitter @mikecommito.