Gentili: Here’s how Trudeau could have avoided brownface embarrassment 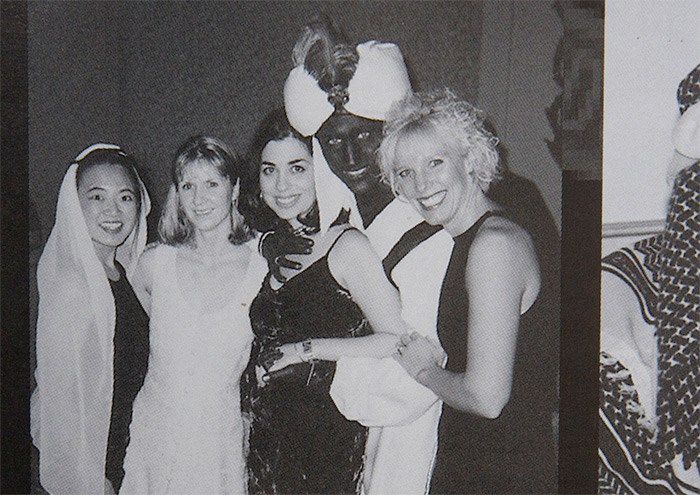 Well election season is in full swing and we’ve already got our first bombshell. I’m referring, of course, to the Justin Trudeau “brownface” controversy.

The photos certainly have given Trudeau’s rep as a champion of inclusion and diversity a kick in the teeth. People who supported Trudeau and the brand he built around himself and his version of the federal Liberals likely feel a slight (or not so slight) betrayal when it comes to those photos.

Of course, his opponents have seized on the brownface scandal as evidence of Trudeau’s privilege and hypocrisy, hoping against hope that it will do for their fortunes what the SNC-Lavalin scandal seems to have failed to do.

I don’t think Trudeau is Teflon, but it appears (at least a month or so from Election Day) that most Canadians are pretty unfazed by the images and the video. Sure Trudeau has slipped slightly in popularity versus Conservative leader Andrew Scheer, but not by an insurmountable margin so far.

As of this writing, Scheer is up four points on Trudeau in polling. That’s not much. And this certainly isn’t going to hand the election to Green leader Elizabeth May or NDP leader Jagmeet Singh.

I’ve been asked a few times what I thought of the whole brownface situation. Here it is. First, the two incidents of the Liberal leader wearing blackface — one from his high school days and one when he was in his late teens or very early 20s — can be discounted entirely.

Teenagers struggle with impulse control and lack some of the software adults have linking actions to consequences. In short, they do stupid things. The images from that time can be chalked up to a stupid teenager doing a stupid teenager thing.

Now the photos from 2001 are slightly different. Trudeau was nearly 30 years old at the time and should have known his costume choice was questionable. Still, it seems fairly obvious (or should be) that the man wasn’t and isn’t a white supremacist, nor is he a racist. He’s a guy who apparently really, really likes to dress in elaborate — embarrassingly so — costumes (see his much-lambasted attire during his trip to India last year).

Still, had Trudeau never sought higher office, these photos never would have surfaced. Which brings me to another point regarding the 2001 photo and the older images and footage.

Trudeau entered politics back in 2008, two years after Facebook launched. In the intervening 11 years, he must have seen numerous public figures who have seen their public profile damaged — or who have lost jobs, opportunities or whole careers — for old social media posts, old photos, old jokes and old opinions.

He knew these photos and video were out there in the ether. He knew they existed. Did he just spend the past decade on pins and needles, hoping no one would find them?

A smarter play would have been to get out in front of the issue, especially once he decided he wanted to be the prime minister.

In fact, Trudeau could have turned embarrassment into triumph if he played it right. Since he made diversity and inclusion a central tenet of his political philosophy, he should have released the photos and video himself years ago, saying that he recognizes the privilege in which he was raised, but he’s grown as a person and is now embarrassed by and ashamed of the actions of his younger self.

He could have made himself an object lesson for personal growth. Instead, he had to apologize.

Whatever outrage there might be out there over Trudeau’s red-faced reaction to the brownface photos, my sense is that it likely won’t have much impact on the election in the long run. This isn’t a politician exposed as a member of the KKK or anything like that.

This is a guy who overly commits to wearing cheesy costumes.

Sticking with the election, over at Sudbury.com we’ve launched the election section of our website. If you look along the menu items at the top of our homepage, you’ll notice the word “Election” in red.

You’ll find a full list of all the current candidates there now. If any more emerge up to the Sept. 30 deadline, they’ll be added to the list.

We’ve made a commitment to publish all press material from local candidates and all announcements from the political parties, in terms of their individual platforms.

All stories are aggregated to a main Federal Election page, so you can scroll through all the material we’ve published. As well, each candidate has their own page on Sudbury.com where you can find all of their news releases, the releases from their parties and associated news coverage, as well as contact info, and social media and web links.

The goal is to provide you a one-stop shop to find everything you need to know to make an informed choice come Oct. 21. Happy voting.