Vaping’s uncool? My lungs don’t care about your fashion tips

Dismissing e-cigarettes as ‘uncool’ ignores the health benefits the devices offer to legions of smokers
Aug 2, 2017 5:00 PM By: Mark Gentili 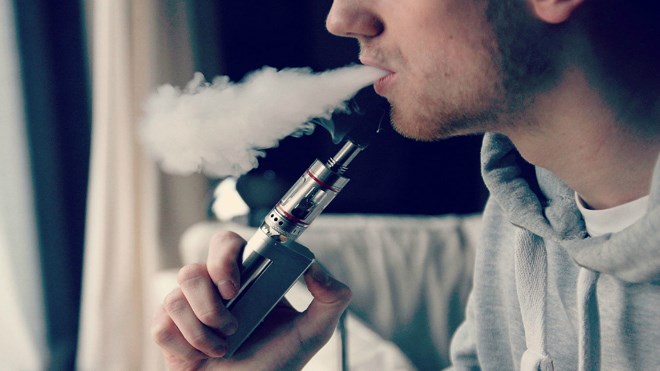 Sudbury.com managing editor Mark Gentili says that vaping has helped him and many others quit smoking...so why the debate as to whether or not vaping is "cool"?

Cards on the table: I don’t hate smoking. Never have. Likely never will. I know tobacco was killing me, destroying my lungs and turning too much of my hard-earned money into so much smoke. All true.

I know smoking is a filthy, dangerous habit. By extension, many people feel it’s perfectly OK to label smokers themselves as filthy people.

Let’s not forget, it might be easy to dismiss smokers as weak souls with little to no self-control, but nicotine is addictive stuff when inhaled. Smokers are drug addicts. There’s no two ways about it.

I know the dangers, but still, for me, the act of inhaling a vaporous substance into my lungs and exhaling a cloud of smoke like a dragon is incredibly pleasurable.

That said, I knew I had to quit. I hated the way I smelled. I hated that my kids hated it. I hated the damage I was doing to my body and my finances. But I was still reluctant to quit. I’d tried several times and it was a torturous experience, for me and everyone around me.

Then, I heard about vaping.

Today’s e-cigarette was invented by Chinese pharmacist Hon Lik and patented by him in 2003. It’s a relatively simple concept: A battery (the mod) sends an electric impulse to a coil that atomizes a solution (e-juice) into a vapour that is inhaled through a mouthpiece.

The e-juice is a mixture of propylene glycol, vegetable glycerin, dye, flavouring and nicotine. Nicotine strength can vary from zero milligrams up to more than 30 mg. The heavier you smoke, the more nicotine you’ll need to feel satisfied. I vape six milligrams.

Vaping’s popularity really picked up in the past few years as new e-cigarette designs, better tanks and coils, and tastier juices hit the market. That popularity resulted in a backlash, particularly when some non-smokers began to vape as a lifestyle choice.

That guy with the fist-sized mod filling a room with his perfume-scented clouds, waxing eloquent about his handmade coils and custom mod settings — yeah, he annoys me, too. Reinforce your fragile identity somewhere else.

It’s people like that who have helped create the perception vaping and vapers are uncool, as if vaping is a harmless pastime. It’s not. For ex-smokers like me, it’s been a lifeline.

Stats show that as many as 70 or 80 per cent of smokers want to quit. In any given year, nearly half of all smokers will try. Most fail.

The vapers I know are people who really wanted off tobacco, but found kicking so difficult and painful they just kept smoking.

Is vaping 100-per-cent safe? Probably not. We don’t know the long-term health effects — the technology just hasn’t been around long enough. But every well-designed study has shown it’s far, far safer than smoking.

We do know some things. We know e-cig vapour contains only a handful of chemicals, compared to the more than 7,000 in cigarette smoke (more than 60 of which are known carcinogens).

We know exhaled e-cig vapour contains very little in the way of chemicals, not even nicotine, whereas there’s strong evidence second-hand smoke from cigarettes makes people sick. We also know what vapers, including me, say they feel: Their lungs feel better and their smoker’s cough and shortness of breath vanishes.

An abstinence-only approach to quitting smoking is good, but it’s not enough.

More and more physician groups, like the Royal College of Physicians in the U.K., have been arguing for more than a year that, despite the unknowns, e-cigarettes offer smokers an effective and palatable way out, and should be exploited for public health purposes.

I know it’s worked for me. So stuff your criticisms of vaping as “uncool.” This is a health-care discussion not a fashion debate.

Smoking is the leading cause of preventable death on the planet, claiming almost six million lives every year. Six. Million.

Vaping has helped me and thousands of others quit smoking. That’s the bottom line. Being cool had nothing to do with it.

Mark Gentili is the managing editor of Northern Life and Sudbury.com.

Gentili: Preparing for the worst versus hoping for the best
Sep 2, 2020 1:00 PM
Comments
We welcome your feedback and encourage you to share your thoughts. We ask that you be respectful of others and their points of view, refrain from personal attacks and stay on topic. To learn about our commenting policies and how we moderate, please read our Community Guidelines.