Column: Are the Tories ready to court the North again?

After back-to-back provincial and municipal elections, you would think voters in Greater Sudbury would get a respite. Not so much.
Nov 27, 2014 2:27 PM By: Darren MacDonald 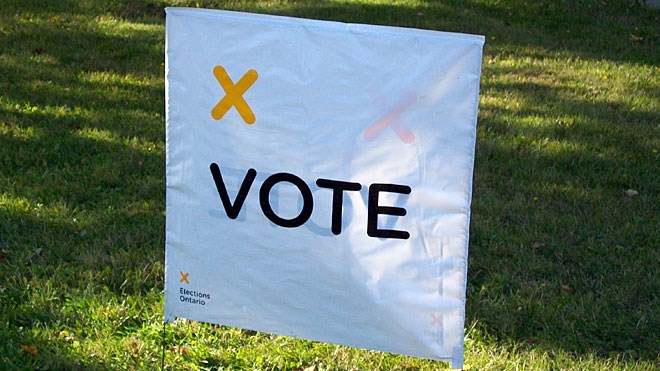 The province's major parties are ramping up their campaigns in Sudbury for the June 12 election. File photo.
After back-to-back provincial and municipal elections, you would think voters in Greater Sudbury would get a respite.

NDP MPP Joe Cimino’s shocking decision to resign last week — mere months after he was elected — means sometime in the next six months, we’ll be trudging back to the polls.

The battle to replace Cimino is already heating up, with Liberal Andrew Olivier declaring his interest (he lost to Cimino in June by less than 1,000 votes). The NDP’s Paul Loewenberg, who came within a whisker of defeating former Liberal cabinet minister Rick Bartolucci in 2011, is mulling another run for the seat in Sudbury.

And what of the Progressive Conservatives? Former trustee Paula Peroni carried the flag in the disastrous (for the Tories) provincial election, but she and Nickel Belt candidate Marck Blay were tasked with selling a hard-right message that has never resonated in these parts. You have to go back to Jim Gordon in the 1980s to find a Tory MP from Sudbury.

And Nickel Belt hasn’t gone blue since Floyd Laughren was an up-and-comer. Rhéal Bélisle and Gaston Demers held the seat for the PCs from 1955-1971, before Laughren began an NDP dynasty that continues today with France Gélinas.

Successive Tory governments provincially (under former Premier Mike Harris) and federally (Prime Minister Stephen Harper) have seemingly written off this part of the North. Their brand of divisive, hard-right politics has meant local candidates were losing before the race began.

In that light, it was encouraging this week to hear candidates for the party’s provincial leadership talk about the need to stop writing off large sections of the population. The fact they were here at all (outgoing leader Tim Hudak infamously skipped the northern debate in the June election) was encouraging just on principal.

Christine Elliott spoke of the need to build a “big blue tent,” and to talk about issues she said conservatives avoid because they don’t think it will help them win — health care, in particular.

If they avoid issues so important to voters, she asked, “What are we going to win on?”
Even North Bay’s Vic Fedeli’s somewhat whacky offer to counsel right-wing students how to respond to their left-wing professors spoke to making the good fight in the North.

Those policies – combined with the fact he wasn’t the hated Mulroney – were successful until the sponsorship scandal dragged Chretien down.

In Ontario, the Liberals had plenty of scandals more outrageous than Chretien’s, yet were returned with a majority. The blame has to be laid not only on Hudak’s incompetent campaign, but the party’s addiction to dividing voters. It worked for Mike Harris in the 1990s, but Ontario was ready for radical change after the disaster that was Bob Rae’s NDP government.

It took Harper years of market research and attack ads before he got his majority. But Trudeau is showing — so far, at least — that Canadians are hungry for someone to vote for, not something to vote against.

In Ontario, Premier Kathleen Wynne has been able to rely on the support of moderate voters turned off by a Tory party gone extreme right. And whatever your political persuasion, that’s bad for democracy. It’s insulting to voters in northeastern Ontario when the official Opposition party can’t be bothered to even try and win here.

It’s early days, and another provincial vote (thankfully) is four years away. But at least PC candidates are talking inclusion and about the need to make all Ontarians comfortable about the prospect of voting for them.

It worked for Bill Davis, whose red Tory policies would make Harper go white as a sheet.