MacDonald: Sudbury is a guinea pig for new planning rules

Became clear at first LPAT meeting that everyone is figuring it out as they go along
Nov 8, 2018 12:00 PM By: Darren MacDonald 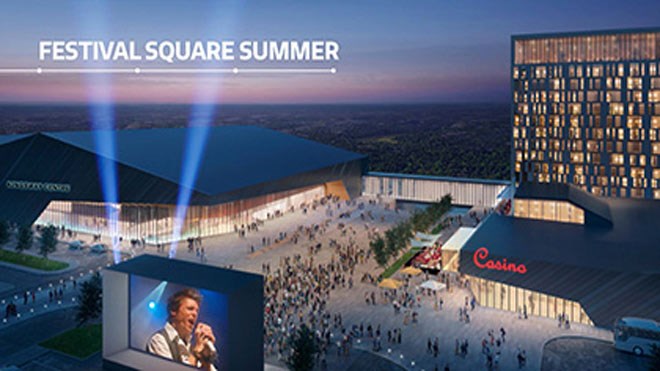 The word "Kafkaesque" came to mind Tuesday, as I sat along with dozens of other people for the start of the appeals process into the Kingsway Entertainment District.

Much of Czech writer Franz Kafka's work centred on individuals trying – and failing — to navigate a dark bureaucracy designed to be as complicated and inscrutable as possible.

It's a good description for Ontario's planning laws — and the challenge facing the three-member Local Planning Appeals Tribunal as it enters the uncharted territory of trying to make the appeals process shorter.

The former Ontario Municipal Board, which the LPAT replaced early this year, was notorious for taking years and years to make a decision. The LPAT, in contrast, was to have definite decision timelines, a much more controlled process and the job of identifying whether planning laws have been violated and whether altering the decision would bring it in line with the law.

In practice, however, planning lawyers have been challenging the streamlined process, and tribunal members themselves don't even know whether the new rules will stand up to court challenges.

As one observer said Tuesday, the Kingsway and other early cases will determine whether the LPAT can make sausages any better than the OMB. And whether the former Liberal government's hasty planning reforms will hold up in court.

The uncertainty notwithstanding, some clarity did emerge from Tuesday's case management conference. One is the fact lawyer Gordon Petch – who's representing two Kingsway opponents — is determined to raise as many issues as he can to drag out the process as long as possible. With the city aiming to begin construction of the arena in the spring to keep to their timelines, a lengthy delay of a decision would be a victory in itself for those trying to stop the KED.

The second thing that seems clear is the importance of agreeing to what issues the LPAT needs to decide. The city is arguing that six of the issues Petch raised are beyond the tribunal's scope. They include his argument the city has to hold a referendum before allowing the casino, that a socio-impact study has to be done for the casino, and that an economic impact study has to be completed before moving the arena.

The issues are a major part of Petch's case, and if the LPAT rules they are irrelevant to a planning decision, it would create a big problem for the anti-Kingsway groups.

Even if he loses that fight, you get the impression Petch will appeal the decision to divisional court. In fact, Sudbury's process will likely have to wait for a decision from the same court in a Toronto case, where the court will rule whether the LPAT can prevent each side's lawyers from cross-examining witnesses as part of the hearing. That's what the legislation says, but we'll find out whether the law holds up in court.

That's been the trend early on for the LPAT, as it looks for the court to rule whether its brand spanking new process has a sound legal basis. Longer term, we'll have a better idea of how quickly this process is going to work.

For now, there will be a lot of looking over the shoulder by the LPAT at the courts to see how they rule. And for anyone hoping for a quick decision, that's not good news.

MacDonald: The Sudbury scandal with many losers, but absolutely no winners
Oct 8, 2019 11:22 AM
Comments