Middle East gets most Western media attention, but African nations have seen more jihad and probably more deaths than any other
Dec 30, 2016 7:00 PM By: Community Submission 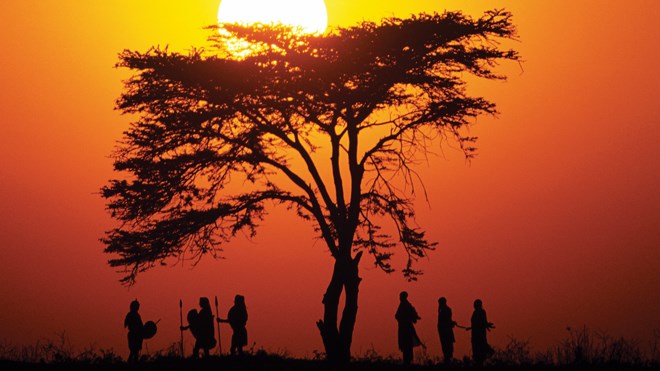 While Western media focuses on Muslim extremist groups in the Middle East, African nations have seen jihads come and go for more than 100 years.

Although the jihadist phenomenon has monopolized the media in recent years, it is still rarely discussed in reference to its African front.

There’s no shortage of jihadists groups in Africa, including Al-Shabaab in Somalia, AQIM (Al-Qaeda in the Islamic Maghreb) and its West African avatars notably Ansar Dine and MUJWA in Mali and neighboring countries, Boko Haram in Nigeria, and more recently, North African groups affiliated to the Islamic State.

Although Western media rarely mention these armed Islamic groups, the death toll of the African jihad in the early 21st century is probably higher than everywhere else.

That being said, even after recognizing Africa’s importance as a spatial or geographical framework for jihad, we must admit that this theatre of operation is not an island: It is linked to other theatres, especially to Saudi’s Salafism or Wahhabism as well as to Afghan jihadism.

On the historical side, in order to understand contemporary jihad, it is crucial not to deny older influences. None of the African groups are the first ones to fight in the name of Allah on their respective territories.

For example, Al-Shabaab was preceded, at the end of the 19th century, by Muhammed Abdullah Hasan and his “dervish” army, who led a jihad against the European Christian “crusading” powers that had started to divide Somalia amongst themselves (including the English, the French and the Italians, as well as Ethiopia).

As for West African jihadists groups, they had a precursor in the early 19th century in Usmane dan Fodio, who led a jihad against the Hausa kings’ Islam, which he viewed as unworthy and decadent. Interestingly, the empire (or Caliphate or Sultanate) of Sokoto that he established was amongst the last Nigerian territories to be conquered by the British, in 1903, even though colonisation had officially started in 1861.

In fact, it is sometimes necessary to go further into the past if we hope to understand the nostalgia found in the jihadist ideology inspired by Salafism. The relevant feature here is the primitive doctrine of Islam, that of the ancestors of Medina.

Salafists are advocating a return to the purity of Islam’s origins, using the model of Muhammed’s life, and that of his companions, especially his four immediate successors, the Rashidun, or “rightly Guided Caliphs” (Abu Bakr, Umar, Uthman and Ali).

Although the past teaches us a lot, the present inevitably delimits any inquiry: African Jihad is part of an ongoing history, and a fast-changing one, to the point that what is true today might radically change tomorrow.

In order to understand the jihad phenomenon, one must consider the hidden meaning of recurrent keywords like Islam, Islamism, Salafism, Wahhabism, jihad, sharia, and so on.

However, it is also appropriate to look for sources that we usually forget: In particular, works of fiction, when mentioning jihad, are, in their own ways, describing the truths of past and present eras.

Furthermore, a very rich source for insight can be found in the captivity narrative of Robert Fowler, a Canadian hostage of Al-Qaeda jihadists in the Sahara, as this testimony conveys first-hand experience and understanding of how these “warriors of Allah” are operating, their mentality, their daily life and their occasional ferocity.

Ultimately, placing Islam and African jihadism in the wider context of the “Islamic World” requires a close study of the jihadist groups present in Africa, their origins, near and far, their rise to power, their co-operation in terms of training, financing, recruiting, and their approach to the media (numeric jihad).

This analysis reveals that, over time, these groups become hungry for power and will inevitably cross the line, bringing against them stronger and stronger coalitions, which will then reconquer most of the territory claimed by jihadists — although without ever rooting them out completely.

In other words, African jihad tends to progress toward its own failure, but never to a complete disappearance.

Melchior Mbonimpa is a professor of Religious Studies at the University of Sudbury. To learn more about his work, readers can consult Mbonimpa’s, L’Afrique, terre de jihad. Les groupes islamistes armés sur le continent, just published this fall by L’Harmattan.