Opinion: Press freedom can be a delicate balancing act

Absolute freedom of the press might hurt vulnerable community too much
Jul 24, 2017 1:58 PM By: Community Submission 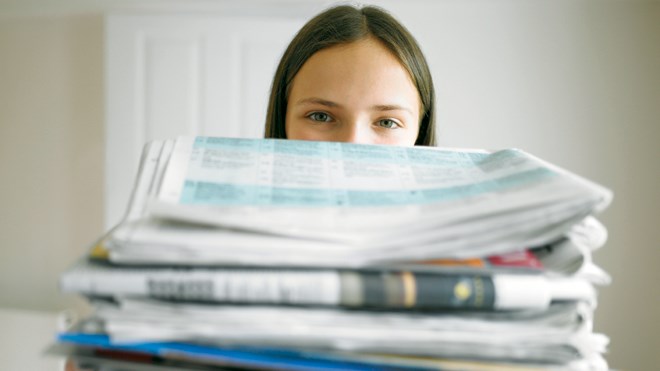 Freedom of the press is one of the most essential pillars of our democratic societies. The media play a crucial part in spreading the necessary information and knowledge for citizens to make decisions and contribute to shaping the civil society.

They also guarantee the safe and peaceful expression of contradictory ideas and opinions that influence politics and trigger social evolutions.

In liberal democracies, freedom of the press is considered a basic right, and is protected by constitutions and declarations of rights. Consequently, restrictions on this freedom (for example censorship) are often viewed as suspicious and essentially anti-democratic.

But not all contents are alike: inaccuracies, blatant propaganda, so-called “fake news,” “click bait” and “trash journalism” compete with serious and unbiased media on the free market of information. While it may be argued that it is up to each person to choose what to read, issues arise when social tensions result from certain journalistic strategies, in particular when the media repeatedly attack or mock certain communities.

The Jyllands-Posten Muhammad cartoon controversy (Denmark, 2005), as well as a series of equally controversial drawings targeting Islam published in the French newspaper Charlie Hebdo since 2006 have provoked various reactions within Muslim communities. The tragic assassination of 12 people in January 2015 can in no way be justified, but this should not overshadow the fact that Charlie Hebdo has often been condemned for its numerous caricatures depicting Muslims as religious integrists or terrorists.

Radical and uncompromising tenants of freedom of the press have claimed a right to publish anything, both as an individual liberty to express any opinions in the public sphere and as a consequence of the state’s duty of neutrality. Conversely, the targeted communities may very well claim a right not to be publicly mocked or targeted in the media, should they be negatively impacted or harmed by such actions.

Private persons have, after all, the possibility to sue for libel. How can the state arbitrate between those two incompatible claims?

In our liberal democracies, we aim to implement equal social standing and recognition for the different groups that compose the society.  In particular, we must ensure that conflicts do not generate exclusion and oppression for potentially vulnerable minorities, whose differences can easily be ridiculed, devalued or denounced.
From this standpoint, what distinguishes fair from unjust, discriminating or oppressing public mockery or defamation is often not the act itself. It is the ability of the targeted groups to respond with appropriate means at their disposal, in the public sphere.

Publicly ridiculing or attacking groups that already endure social exclusion, invisibility or prejudice, and who tend to be under- or misrepresented at the political level, is not the same as doing so towards the dominant majority or other well integrated minorities.

In such a context, and despite its overall duty of neutrality, the state might have a stronger duty to intervene, by defending and especially rehabilitating the stigmatized group, not because we endorse its cultural practices and particularisms, but rather after principles of non-discrimination, equality of respect and inclusion.

That both the French government and civil society showed unity in defending freedom of the press after the attacks against Charlie Hebdo shows how important this value remains in liberal societies.

But that we need to protect it doesn’t mean we should not assess critically what gets published in the media. Rather than going down a slippery slope by restricting freedom of the press, public authorities should not be afraid to point out biased and distorting news publicly, in order to prevent as much as possible vulnerable communities from becoming scapegoats.

And above all, states should continue to strive to restore (or establish) equal social standings between all individuals and communities, so that we can finally achieve the conditions for reciprocal exchanges and mockery, amongst equals.

Chloé Castagnet is at the University of Stockholm in Sweden.