Opinion: What to hope for out of the Paris climate conference 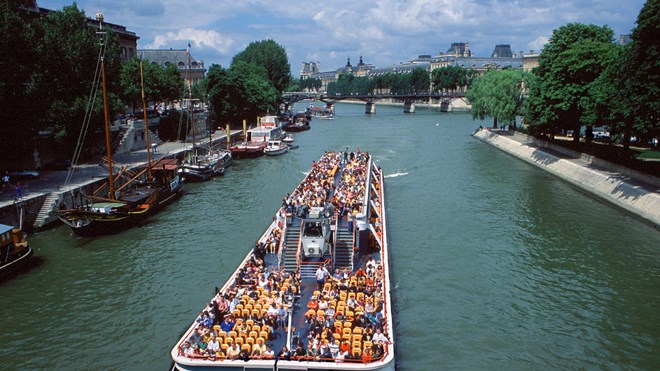 Dr. David Pearson says he’s optimistic about the outcome of the major climate change conference under way in Paris this week. Photo supplied
I’m optimistic. I think we’ll see binding agreements signed in Paris that will cut the emission of climate warming gases sufficiently to save our grandchildren from the worst of the disruption to global weather patterns that are staring us in the face.

Not every country will immediately put their signature to everything. But even the Republicans in the US Congress, who will hold President Barack Obama back from legally binding commitments in Paris, will eventually pull their heads out of the sand. Leaders with currently obstructive legislatures will be able to use existing legislation — like the US did a year ago in its Climate Change and Clean Energy agreement with China.

In the meantime, Canada will sign on with a considerable moral majority of countries that acknowledge the evidence and agree to legally binding cuts to emissions of climate warming gases.

Canada will agree to targets like the one in Ontario’s recently released Climate Change Strategy reducing emissions by 37 per cent below 1990 levels by 2030, just 15 years from now. If the rest of the world will only do what Ontario is already on the way to achieving, we would have a good chance of staying below an average global temperature increase of 2C over pre-industrial levels.

We will agree that one of the ways to bring about change is to make polluters pay, which is hardly a novel idea. In this case, the pollution is carbon dioxide gas and payment will be for every tonne of carbon in the gas produced. Alberta, in its recent Climate Leadership plan, has said it intends to use a carbon tax of $20 per tonne, rising to $30 in a couple of years.

Even with the federal government absent from the discussions for the last decade, three quarters of Canadians are already living in a province with an actual price on carbon or the promise of one.

We will agree that we need to be transparent amongst ourselves in Canada as well as with the rest of the world. We will agree to report on our progress or lack thereof. We will do that because we know the stakes are too high for false promises and hollow rhetoric.

We will set an example and put our credibility out there for all to judge. If we can provide the world with regular reports on the state of our national economy, why should we hide our performance in the most important challenge humanity has faced?

One of the reasons we will make these commitments is to drive ourselves in growing a forward-looking economy. We have already invested more than $1 billion in trying to develop effective ways of taking the gas from coal-fired power stations and storing it underground – carbon capture and storage, it’s called.

It isn’t an ideal solution and there’s only one working system in the world, but coal won’t go away. The world will need to adopt some better-then-nothing transition technologies. Our expertise can contribute and our economy can benefit.

Prime Minister Justin Trudeau visited us in the Lake Centre in August. We know he respects and understands the value of good science in making decisions. And that is another reason I’m optimistic.

Dr. David Pearson is respected researcher and professor in the Department of Earth Sciences at Laurentian University. He is also the co-director of LU’s Science Communication Program.