#TheSoapbox: Closing Capreol Arena would cut the heart out of the town 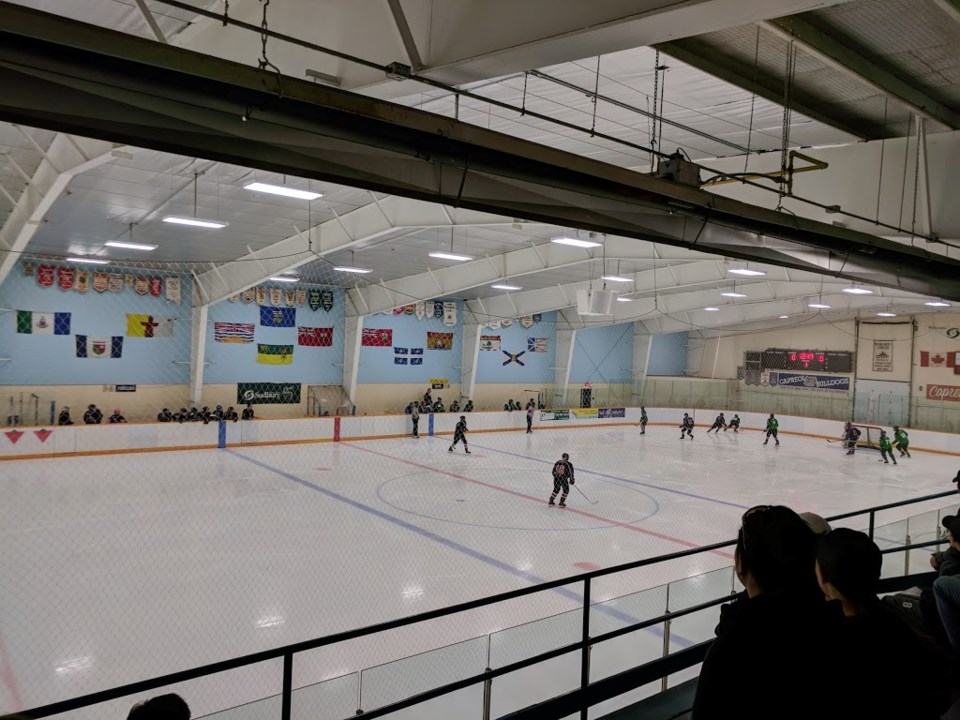 Tuesday, Oct. 8 is a day that will live in infamy. The self-proclaimed City of Greater Sudbury, in its supposed wisdom, voted to approve the evisceration of Capreol’s sporting heart.

Okay, that is a bit harsh. What council voted on was ‘moving forward’ on the proposed Valley East Twin Pad arena. That $30,000,000+ project, a white elephant if there ever was one, will necessitate closing three existing Valley and area arenas — one of which is, you guessed it, in Capreol.

As a lifelong resident of that proud little railroad town, I watched the meeting appalled. Though some councillors tried to raise objections — Ward 7 Coun. Mike Jakubo (who represents Capreol) notably fought the good fight — the lure of shiny and new ultimately won the night.

I’ll be the first to admit that there are many valid and logical reasons to build a new arena in Valley East — it is one of the fastest growing areas in our region. There is plenty of land available and they have a councillor (in Ward 5 Coun. Robert Kirwan) more than willing to spend money.

Arguments can even be made for a so-called ‘twin pad’ facility — costs for constructing and operating such mega-projects are usually less than two separate arenas. They generally have a smaller environmental impact, and twin pads are better draws for both ice usage and attendance.

However, each and every point in favour of this project has an equally important counterpoint.

Let’s go through them together.

First we need to distinguish the propaganda from the reality. Every supposed benefit — and VE twin pad proponents seem to have no shortage of lofty promises — from packed, but as yet imaginary, tournaments, to estimated cost savings from shuttering older facilities, and even the stellar projected usage rates, all come with ifs and maybes attached.

Given that twin pads are more efficient than single-pad arenas, why are we closing a twin pad to build a twin pad? Especially a twin pad that is already paid for?

The Capreol Memorial Arena was built and paid for by the community of Capreol. It came in on time and under budget. How did the town manage that not-so-minor miracle? By pulling together … literally. Members of the community volunteered in the construction, with many taking time off of work to help pour the very foundations of the arena. The project brought people together.

Contrast Capreol’s success with the divisive nature of the proposed VE Twin Pad, a building sure to line the pockets of several large businesses and gouge the taxpayer.

Every time the VE twin pad is discussed it seems to have grown more elaborate and more costly.

The number of potential bells and whistles appears unending. Yhere’s even talk of a restaurant. Yet another ‘could be’ that, at least according to those already convinced of the project’s inevitable benefits, will magically appear.

Citing the best case scenario is no way to plan. Construction delays and cost overruns are common in the North, but those potential hurdles are being glossed over.

Coun. Kirwan touted the twin pad’s proposed location, mentioning how central it is several times during the meeting and comparing it to the Gerry McCrory Countryside Arean (also twin pad) and that arena’s phenomenal usage rates.

Mr. Kirwan fails to recognize that Countryside Arena has numerous hotels nearby, making it convenient for tournament visitors. The proposed VE Twin Pad will not have accommodations nearby, meaning tournament-goers will have to stay in Sudbury and drive to the new building.

Given the horrible condition of the roads in our area, and Elmview in particular, the councillor completely ignores the costs sure to be associated with much-needed road repairs. Many locals refer to the street as “a cow-path,” when not using more colourful and less printable language. Dodging potholes, swerving around sunken manhole covers, and bracing for the surprising (not to mention spine-shattering) drops of poorly installed sewage drains is a constant trial.

Even worse, the councillor conveniently forgets the new building’s environmental impact. The identified site is dangerously close to a local aquifer, possibly putting the drinking water of citizens at risk. While constructing the twin pad will necessitate the destruction of yet another greenspace.

Citing the potential for a so-called ‘anchor’ location, Coun. Kirwan lauds the proposed twin pad site and its promised impact as a “town centre.”

That argument leaves just one questions for citizens — especially those not currently residing in his ward — to ask: Is it truly up to taxpayers in Greater Sudbury to subsidize the centrepiece for Valley East’s as-yet non-existent downtown?

Once again it must be stressed, Capreol paid for its arena on its own. Valley East didn’t contribute. The then-City of Sudbury didn’t contribute. In fact, no taxpayer beyond Capreol’s borders was forced to put a penny into the project. But all of the current ‘Greater’ city will be on the hook for the $30,000,000+ for what is, essentially, the Valley’s hockey Versailles.

Which brings us to the argument set forth by one proponent, summarized with “Putting money into old buildings is the same as pouring money into an old car instead of buying new.” That’s a great point, if you can afford new — which is debatable given the monumental spending the city is already undertaking. Besides the analogy falls apart when you consider that Coun. Kirwan doesn’t just want a new car, he wants a Ferrari. Only it’s worse than that, the proposed building project is, in fact, two Ferraris.

Given the fact that all of Greater Sudbury currently only has two NHL-sized pads (Sudbury Arena and Countryside Ice No. 2 — and the former sits empty most days), who in their right mind seriously thinks there’s demand for two at one site? And in the Valley no less? Don’t get me wrong, Valley East is a great community but historically, it hasn’t done well at either building or maintaining sporting infrastructure. With the exception of the Howard Armstrong Centre, a true gem, most residents travel to other towns for sports, curling and skiing in Capreol are just two examples.

The argument that visiting teams need NHL-sized twin pads is preposterous. Capreol hosted tournaments for decades — successfully, I might add — and neither of its two ice surfaces are anywhere near professional hockey dimensions.

Talk turned to the supposed “difficulties” faced by mixed teams: “Old arenas don’t have adequate change rooms for teams with both girls and boys.” Again that is a false argument. Capreol has several dressing rooms. All that needs be done is mark one ‘Women’ and the problem is solved. A few $2 signs could save the city millions.

Blaming Capreol for the poor usage numbers of its arena is both disingenuous and insulting. Ever since the disgraceful forced amalgamation, Sudbury has run Capreol’s arenas, controlled the advertising or lack thereof, booked its use, and set the hourly rates.

The prices currently charged are outrageously high (prior to the city’s takeover Capreol had some of the most affordable rates in the region), the maintenance budget is embarrassingly low (before amalgamation Capreol’s arenas were, if not spotless, at least repaired in a timely manner), and the efforts put forward to ensure the Capreol Arena succeeds is laughable. Gone are the days when town residents controlled and cared for their own arena. Now, policy is set in Sudbury and dictated to one and all … without concern for special circumstances or non-monetary measurements like town pride and community spirit.

If twin pads are so much more affordable than single-surface arenas (and, since they run two arenas from one plant, they are) then why not lower the rental fee for Capreol Side No. 1 in order to attract more usage? Surely local associations would drive an extra 15 minutes if it saved them $50 an hour. Many teams already make the drive merely for more convenient rental times.

Those are just some of the considerations that sprang to mind while watching Greater Sudbury City Council vote to ignore Capreol … again. For citizens who, like me, are concerned over this precipitous decision, there is a town hall meeting on Oct. 16 at Centennial Arena at 7 p.m. Make your voice heard.

If you don’t fight for your community, no one will.

Matthew Del Papa is a writer, editor and publisher, and a lifelong resident of Capreol.

#TheSoapbox: Pandemic ‘new normal’ creates real challenges for those of us with hearing loss
Jun 15, 2020 4:00 PM

#TheSoapbox: The pandemic is exhausting, so here are 12 rules to help you cope
May 22, 2020 9:00 PM
Comments
We welcome your feedback and encourage you to share your thoughts. We ask that you be respectful of others and their points of view, refrain from personal attacks and stay on topic. To learn about our commenting policies and how we moderate, please read our Community Guidelines.