#TheSoapbox: This is my son Cohen. He’s one of those kids Ontario’s new autism strategy is failing

A Sudbury parent opens up about the challenges of parenting a child with autism, and what an incredible difference intensive treatment has made for their family
0
Mar 25, 2019 6:00 PM By: Community Submission 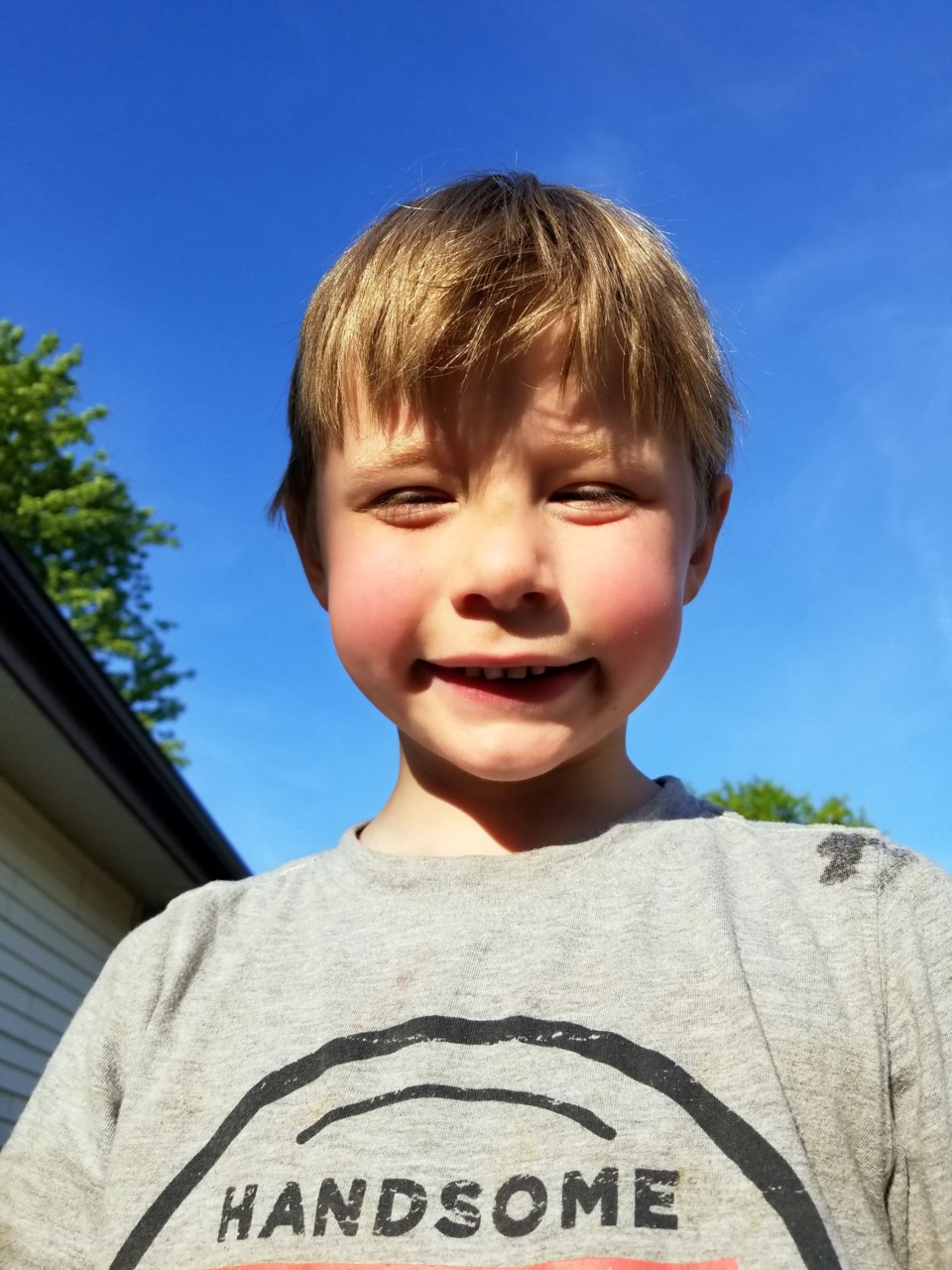 Cohen Catt has autism. Changes to Ontario’s autism strategy mean children like Cohen will no longer have access to treatments that make a major difference in the quality of their lives. (Supplied)

Our son, Cohen, was diagnosed with severe autism, about one month before his fifth birthday.

On that day, March 16, 2015, my husband and I were also told his diagnosis included an accompanying language impairment and accompanying global development delay. Those words were like a punch to the gut, even though our journey with autism had begun more than a year and a half earlier, when a speech language pathologist mentioned it could be a possibility.

Despite the confirmation, we were confused, and for months questioned whether they had mixed up Cohen’s file with that of another child. The child they were describing just didn’t sound like our son.

But as the months went on, Cohen’s inability to communicate and comprehend led to high levels of frustration for him.

Suddenly our happy boy was having horrible, sometimes very aggressive, meltdowns. He was screaming. He was ripping curtains off the wall. Many times we were forced to physically restrain him. Cohen’s behaviour was so unpredictable we found it difficult and extremely stressful to go out in public with him.

He had started kindergarten, and was regressing. Any gains he had made leading up to school, seemed to be slipping away.

While he was receiving IBI therapy, he attended school for one day per week. His team of therapists were amazing and had him back to being fully toilet trained within his first week (a skill he had lost upon starting school). They supported us as a family, and taught us strategies and skills that helped us better interact with Cohen, and build his social skills.

They worked on Cohen’s echolalia and helped him develop spontaneous speech. They also noticed he would become non-compliant, sometimes aggressive, in group play scenarios. Through extensive data taking and monitoring, they were able to confirm it was because he didn’t understand how to play.

Simply teaching Cohen what to do with Play-Doh, crayons or toy cars (although it took months) made a dramatic difference in his behaviour and his ability to engage with others. The gains he made during his 12 months in intensive therapy were astounding, and ultimately changed the trajectory of his life.

As a family, we chose to share our very personal story to demonstrate we are united with all other autism families across Ontario who still desperately need evidence-based therapies, such as IBI, so their children can thrive.

We are opposed to this plan, which shifts an unimaginable financial and emotional burden onto families, pushes kids who should be in intensive therapy into schools with no supports, and stands to further impact the shortage of autism professionals, such as ABA therapists and Behavioural Certified Behavioural Analysts, that already exists in the North.

Intensive therapy made a difference in Cohen’s life, and ours. Giving children with autism the clinically proven amount of therapy, based on their needs, can be life-changing and sets them up to reach their full potential.

The Ford government’s new autism plan does not help these kids, and we are utterly devastated for the families who are coming behind us.

Christine Catt is a parent of a child with autism. She lives in Greater Sudbury.

The #Soapbox: Now is the time to draw on our inner strength
Apr 15, 2020 8:00 PM
Comments
We welcome your feedback and encourage you to share your thoughts. We ask that you be respectful of others and their points of view, refrain from personal attacks and stay on topic. To learn about our commenting policies and how we moderate, please read our Community Guidelines.