Giving faith to Faith — why we do what we do

Faith came to us in a desperate time. She was lost and unloved. For so long, she had no one to care for her and watch over her. At eight years old, she had lost hope. Faith came from a broken home.
0
Apr 17, 2013 5:46 PM By: Jacqueline Villeneuve - Adventures in Hope 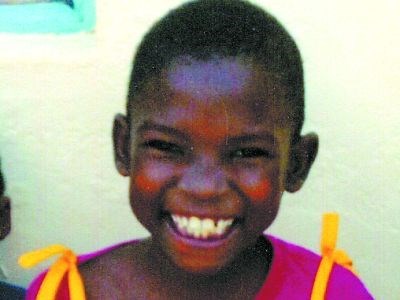 Faith came to us in a desperate time.

She was lost and unloved. For so long, she had no one to care for her and watch over her. At eight years old, she had lost hope.

Faith came from a broken home. After her mother and father abandoned her, she was left in the care of a grandmother. We don’t know why they decided leaving her with an elderly, poverty-stricken grandmother was better than caring for her themselves.

Her grandmother wanted more for her, but did not have the means to properly offer her the education that would bring her out of poverty.

When an opportunity presented itself, her grandmother trusted a neighbour when she offered to take Faith with her to Nairobi. She trusted this neighbour to feed her, shelter her and enrol her in a quality school in Kenya’s capital city. She trusted her.

Faith came to the city and was immediately forced into child labour. The woman who took her in forced the little girl to become a caregiver to her infant child.

At the tender age of eight, Faith took on the mother role.

Faith was deprived of a childhood. There was no time for curiousity, laughter or friendship. She was a child with the responsibilities of an adult.

Every day, she watched children walk past her home toward the school, and, more than anything, she longed to join them. She knew she should be in school like the other children her age.

Faith somehow gathered the courage to speak up for herself. She approached the woman who took her in and explained that she desperately wanted to go to school. She reminded the woman of the promise she had made to her grandmother.

Rather than listen to Faith and respect her wish to go to school, she began to beat her brutally whenever she would bring up the topic of education.

Once the abuse began, Faith lost faith in everyone she had ever known and trusted.

Days passed and the abuse continued. It not only continued, but escalated. One particular beating was so savage, Faith had to be hospitalized. Her small malnourished body was covered in bruises and cuts.

The district officer in Donholm was notified. When he arrived at the hospital, he found a damaged little girl. She refused to speak. Instead, she simply stared into the distance, hoping for someone to save her.

I was at home with my family in Sudbury, helping to secure funding for our project, when I received a call from the housemother at Zawadi la Tumaini, Jerusha. The district officer had just arrived at our door with this tiny, frail, terrified little girl, who desperately needed a safe place to live.

Without hesitation, we welcomed her with open arms. She came into the home silent and afraid. Jerusha took her to daily medical appointments, tended her wounds and, after days of silence, she began to ask Faith about her past.

The stories were heartbreaking. They put into words the reason I decided to open a children’s home in Kenya — to change the lives of as many children as possible.

After a week, Faith’s wounds began to heal. Bruises began to fade and she began to smile again. After nine days at Zawadi la Tumaini, she began to interact with Jerusha’s children and other neighbourhood children.

Now, two months after moving in, you would never guess Faith came from such a horrifying background. She is a beautiful little girl with a bright personality.

She finally is able to fulfil her dream of going to school.

She is in class with children nearly four years younger than she is, but Faith is so proud to be receiving an education.

She has faced challenges since becoming part of the Zawadi family, and recently battled pneumonia. But this time, events played out differently. When she was coughing all night with a bitter cold, she had loving arms around her.

We do not speak the same language, but when I tried to comfort her with my limited Swahili, she looked into my eyes and knew I wasn’t going anywhere.

When she suffered from pneumonia, she was brought to the hospital and given the best of care. When she woke in the middle of the night, she looked into the chair beside her bed and saw a familiar face.

Faith is no longer the caregiver — she is being cared for as every child deserves.

She is our shining star and we are so proud of her. I look forward to watching her grow. She gives me hope for the future.