We’ve had zero confirmed COVID-19 cases in the Sudbury district since May 17, but stories from other places show we shouldn’t get overconfident
Jun 4, 2020 1:00 PM By: Dr. Peter Zalan 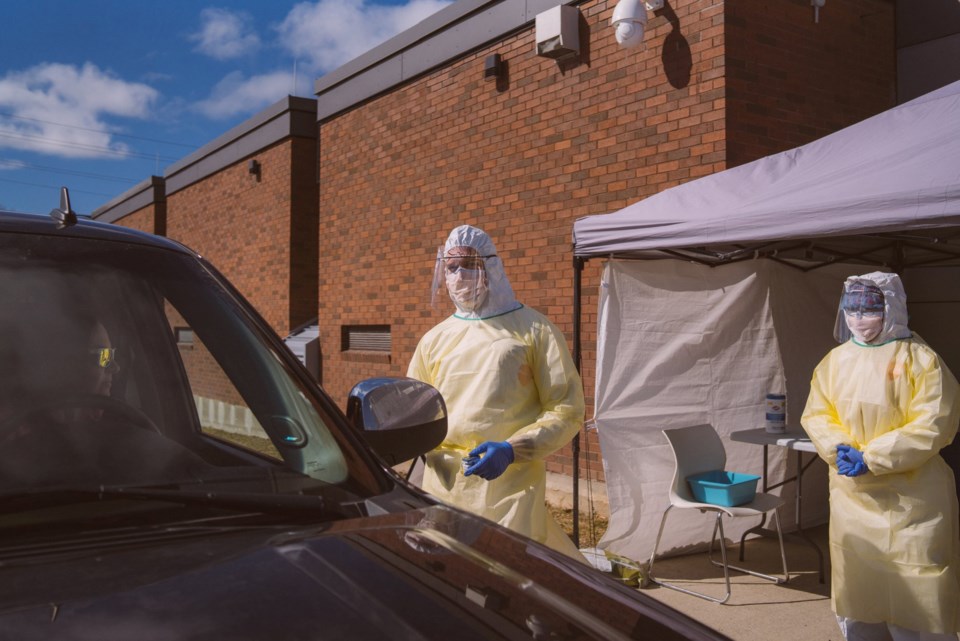 New Brunswick was the first province in Canada to begin relaxing the restrictions it put in place to control the spread of the coronavirus. That was in late April.

At that point, the number of confirmed cases was 118 with 0 deaths for the entire province. A pretty awesome performance.

Then a family doctor from Campbellton, New Brunswick travelled to Quebec, and on his return, sparked a COVID-19 outbreak, derailing the reopening plans of a province that hoped it had stamped out the virus.

Twelve people have tested positive so far in Campbellton, a town of 7,000. They include the doctor’s elderly father, his six-year-old son and four residents all over 80 at a long-term care facility.

Two people are in the intensive care unit. The emergency department was closed and elective surgeries postponed. More than 150 people may have been exposed, requiring significant contact tracing.

The government re-imposed the restrictions on the community that had just been lifted. Elsewhere in the province, the next phase of re-opening was postponed.

Susan Kirkland, Head of the Department of Community Health and Epidemiology at Dalhousie University, was quoted: “The reality of it is that this is going to happen over and over and over again.”

In the Sudbury District, we have had zero confirmed cases since May 17. The province re-opened the economy on May 19. So far, so good. But what happened in New Brunswick could very well happen here.

Ontario remains a hotspot of infection. The province reported over 400 new cases yesterday. The number is rising. The papers were recently full of pictures showing the thousands of people who had flocked to Toronto parks, many shoulder-to-shoulder.

Folks will be heading out for summer holidays. Many to visit their cottages. Travel outside Canada may well be replaced by exploring our own country.

Can we do this safely? Is it possible to minimize the number of future outbreaks caused by travellers?

The answer is a definite YES because the province has ramped-up its testing strategy.

While the province has consistently resisted the idea of the testing of asymptomatic individuals, its new strategy will focus on exactly that.

Asymptomatic testing is “absolutely the new plan.” It is a significant move that will see Ontario shift part of its testing resources into a detective-like mode, searching for asymptomatic COVID-19 carriers.

Up to 50 per cent of COVID positive individuals have no symptoms and remain a major source of infection to others.

Such individuals can introduce the virus to a clean community, just as it happened in Campbellton. We must identify these individuals as early as possible and then trace their contacts before the infection spreads widely and government re-imposes lockdowns on the economy.

I phoned Health Sciences North’s COVID-19 Assessment Centre. I explained that I was intending to travel. I had no symptoms. To be safe to others, I wanted to be tested.

“No problem,” she said.  “Just go to the drive-through area at the appointed time. “ Test results would be available within 48 hours, but more likely within a day and available online.

Awesome. Now we are making progress.

For folks who plan to travel, ask to get tested. It is clear that the incidence of infection in Ontario varies greatly: low in some geographic areas; high in others. Travel remains unrestricted within the province.

Your family intends to visit you in Sudbury. They live in Toronto, a current hotspot of infection. Ask them to get tested and be declared negative prior to leaving home.

You have returned home after visiting friends in Toronto. Test yourself to ensure you are not bringing the virus back with you. If you do develop symptoms, ask to get re-tested. The incubation period for the virus is one to 14 days.

Since China locked down the city of Wuhan on January 23, many countries shut away their populations at home. It turned out that lockdowns cause immense harm to the economy. It was a necessary measure for a desperate time exacting a terrible price. Ontario has paid that price. Let it not be in vain.

The province is now, slowly and thoughtfully, re-opening its economy. For it to prove successful, Ontarians face vital tasks. Maintain physical distancing. Wash your hands. Wear a mask in crowded places. And please ask for testing if you plan to travel from a “hot spot to a cold spot.” Advise your visitors to do the same.

Dr. Peter Zalan is the former president of the medical staff at Health Sciences North, and a current member of the Sudbury and District Medical Society.

Please, Premier Ford, stop non-essential travel to Northern Ontario communities
Apr 16, 2020 2:45 PM
Comments
We welcome your feedback and encourage you to share your thoughts. We ask that you be respectful of others and their points of view, refrain from personal attacks and stay on topic. To learn about our commenting policies and how we moderate, please read our Community Guidelines.