Editorial: Six hours is too long for city to respond to a dog attack

Given that dogs and their owners had a history with Animal Control, a prompt response should have been a priority
0
Jan 12, 2017 11:54 AM By: Sudbury.com Staff 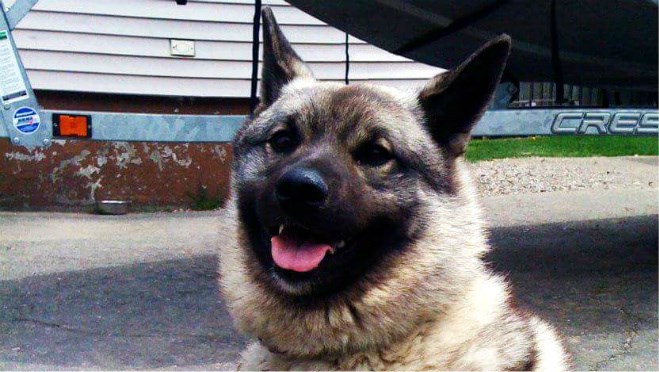 The sad and tragic death of Tonka the dog last week exposed a hole in the city’s animal control department that needs to be sealed.

To recap, just before 10 a.m. on Jan. 4, a Lively resident tethered her Norwegian elkhound in the backyard. Not long after, Terry Matthews looked outside her door in horror to see two large dogs viciously biting and tearing at Tonka, a beloved family member for nearly a decade.

Brought to a vet with severe wounds to his back (the images of which are a bloody and gruesome sight), it was recommended Tonka be euthanized, so traumatic were his wounds.

The family called the city within minutes of the attack. An animal control officer was dispatched six hours later.

Brendan Adair, the city’s manager of security and bylaw services, told Sudbury.com the reason it took six hours was two-fold: 1.) The department wanted an experienced animal control officer on the case, and shift change wasn’t until 2 p.m., and; 2.) It was the department’s understanding there was “no immediate risk to the community.”

Having an experienced officer handle the case, makes sense. But it’s that “no immediate risk to the community” statement that’s at issue.

When she looked out the window to see the animals tearing at her dog, Matthews recognized them because they were the same two dogs that, back in July 2016, attacked Tonka, again while he was tied up outside.

It took him months to recover from those injuries, she told us. To be attacked six months later by the same dogs is almost unbelievable, and must be particularly maddening and frustrating for Tonka’s owners.

For that July attack, Rainbow District Animal Control (which was still under contract with the city to provide animal control at that time), fined the owners for their dogs running loose, but didn’t issue a vicious dog order against them. Perhaps Rainbow should have.

If social media reports from people in the neighbourhood where the attacks occurred are to be believed, these dogs were well-known for freely roaming the streets, relieving themselves on other people’s lawns, putting a spark of fear into pedestrians and, in the case of Tonka, attacking. No wonder some people were nervous.

As recently as December 2016, the dogs were picked up again for roaming the neighbourhood unattended.

The long and the short of it, these dogs were known to roam, people had complained about them before, animal control had dealt with the dogs and their owners before, and the dogs had attacked before. Taken together, the city should have been aware these animals were a potential risk.

Given the rap sheets the dogs had on them, any incidents in that neighbourhood should have been flagged by animal control’s system so animal control officers were aware these animals and their owners had a history.

Had Animal Control been aware, they might not have waited six hours to start investigating. Let’s face it, instead of Tonka, that attack could easily have been on a young child home for the holidays and playing alone in the backyard.

To his credit, Adair, the manager in charge of bylaw services, told us the department will debrief after this incident and see if they could’ve done anything differently. That’s a good thing.

The dogs and owners will get their day in court later this month. Sudbury.com will be there.