Editorial: So much for letting the data lead the way on the event centre report 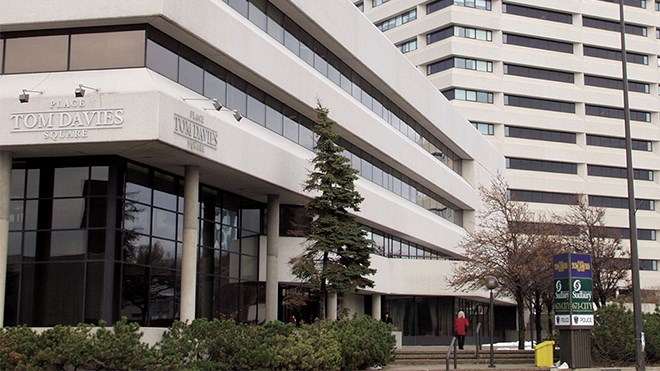 Greater Sudbury city council has a big decision head of them on the location of a new events centre. (File)

Anyone who was expecting the preferred location report on the event centre project would provide clear direction on how best to proceed was left disappointed this week.

Two weeks ago, Sudbury.com / Northern Life argued that, in all the angling and manoeuvring between downtown and Kingsway proponents, we should leave the politics aside and let the data guide the way.

Now that the report is out, we can’t do that, unfortunately, because the site selection committee that authored the report did not provide a cut and dried answer. Instead of one solid option, we were given two viable alternatives and no clear picture about which option best suits Greater Sudbury or its citizens.

The report authors gave the edge to downtown (a slight edge in our view), saying it offers more tangible benefits for less risk. But in practically the same breath, we’re told The Kingsway option has the potential for greater reward than downtown, but that reward isn’t as guaranteed and the project comes with more uncertainty due, in part, to its larger scope and multiple players.

Further complicating matters is the fact the report isn’t as cold, calculated and by-the-numbers as we would have hoped.

Much as we wrote in our previous editorial (published June 8), the report authors found merit with both sites. Each has the potential to be viable, but for different reasons.

Downtown was given the highest overall rating in the six of the eight criteria evaluated (scoring lower on parking and cost), complements existing businesses and infrastructure and provides immediate benefits. Construction could also begin sooner because the area is appropriately zoned and agreements with owners of properties that would need to be expropriated are being worked out.

The Kingsway scored highest in two (parking and cost) of the three criteria council pegged as most important, which also included economic impact. The True North Strong proposal was credited with having significant vision beyond simply being an event centre, but cautioned further development is not guaranteed, as it depends on third-party investment.

Citizen Services Director Ron Henderson, who was on the site selection committee that helped produce the report and one of three bureaucrats to meet with media Monday to go over the document, admitted the conclusions reached contain an element of subjectivity when it comes to comparing one site to another.

It may be that, given the nature of the report, that subjectivity was unavoidable. We’re not so sure about that, but what we do know is the report is written is such a way that, depending on your perspective, you could use it to bolster the argument for your preferred site.

In a way, we’re back to square one. Instead of this being about the data, it’s now about politics and who can convince whom to vote a certain way. The vote will come down to the preferences of individual councillors, some of whom have already expressed their preference.

Regardless how the vote goes, Greater Sudbury is on the hook for a massive expenditure, in one way or another. The decision made next week is generational and its repercussions will ripple for decades into the future.

And the decision ultimately rests with our city councillors.

All we can hope is they approach this decision seriously and thoughtfully. And with the best interests of the entire city in mind.